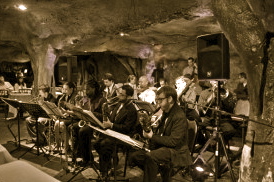 The Ramsey Lewis Trio – The In Crowd Live (1965 Bohemian Caverns) 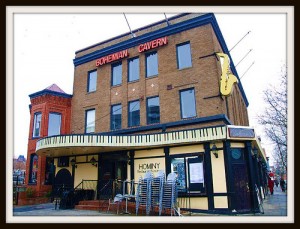 The Bohemian Caverns, founded in 1926, is a restaurant and jazz nightclub located at 11th Street and U Street NW in Washington, D.C.

The club started out as Club Caverns – a small establishment in the basement of a drugstore – famous for its floor and variety shows. The club was frequented by many of Washington’s elite at the time who would come to see such musical artists as Duke Ellington and Cab Calloway.

In the 1950’s, the club’s name was changed to Crystal Caverns and then to Bohemian Caverns. In 1959, promoter Tony Taylor and Angelo Alvino bought the club and transformed it into the premier jazz venue in Washington, D.C. Taylor booked many of the leading jazz musicians of the 1960’s including Bill Evans, Miles Davis, Shirley Horn, John Coltrane, Eric Dolphy, Bobby Timmons, and Charles Mingus. In 1962, Ramsey Lewis recorded the critically and commercially successful album, The Ramsey Lewis Trio at the Bohemian Caverns. 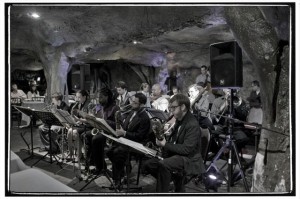 By 1968, the club began to lose business. The financial strains and the civil disturbances following the assassination of Dr. Martin Luther King Jr. led Taylor and Alvino to close the club in September 1968. Thirty years later, as a re-development of the U Street area was underway, the club was purchased by Amir Afshar and re-opened.

Since 2006, Bohemian Caverns has been under the direction of club manager Omrao Brown.