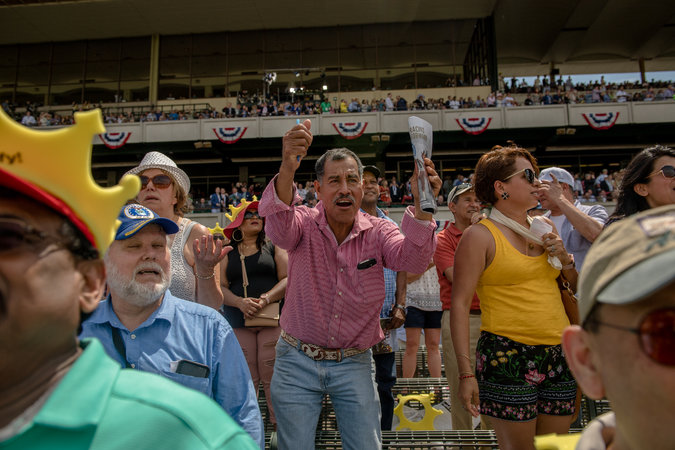 Watch as Justify attempts to become only the 13th horse in history to win the Triple Crown.

Justify, ridden by Mike Smith, won the 13th Triple Crown Saturday with a victory in the Belmont Stakes. CreditVictor J. Blue for The New York Times 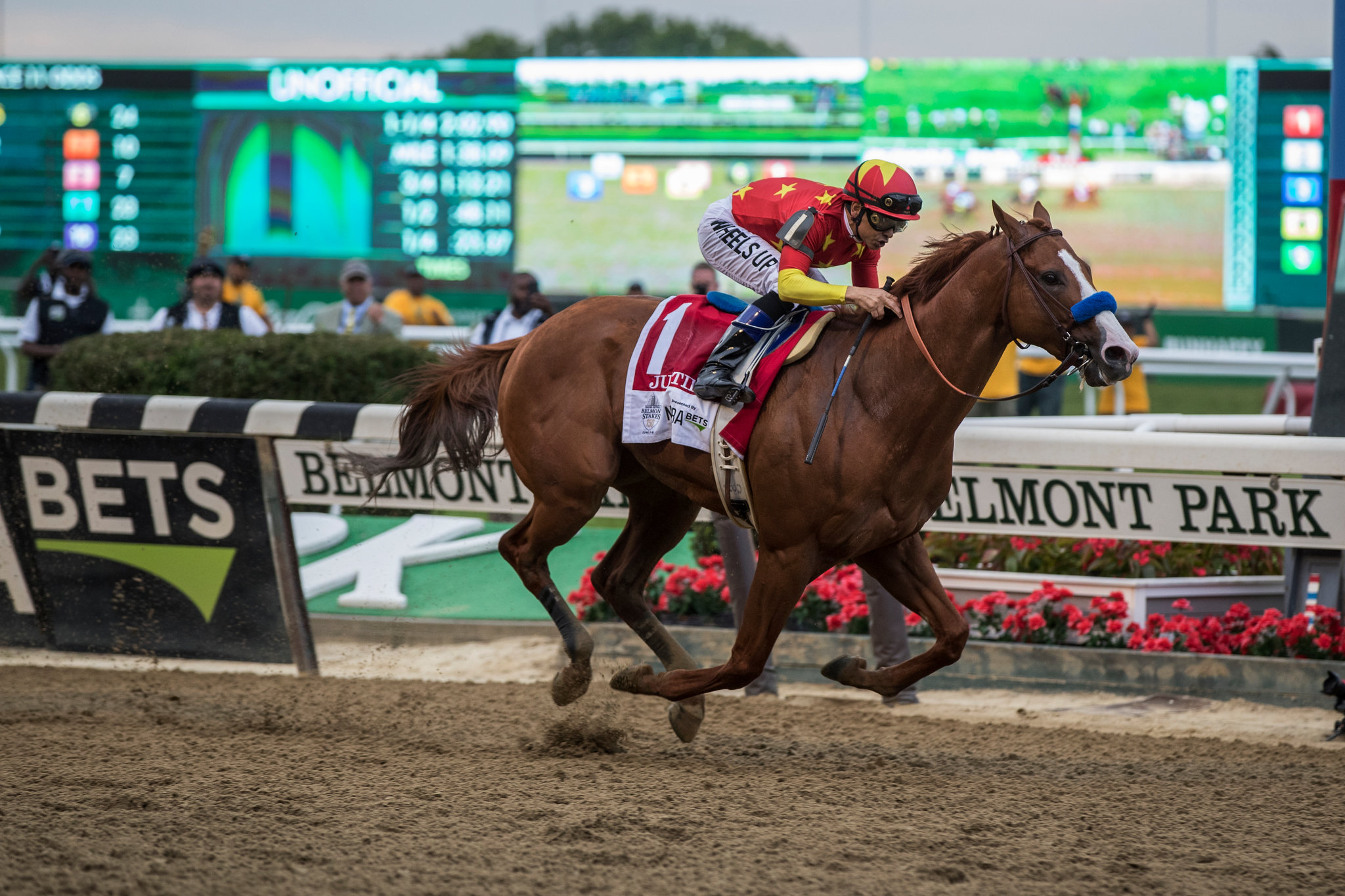 Watched by fans wearing yellow foam crowns instead of the Egyptian headdresses that greeted American Pharoah in 2015, Justify passed the Test of the Champion in emphatic fashion on Saturday to earn a crown of his own.

With a white blaze, a sweeping stride and an unblemished record, Justify came to the site where Pharoah ended a 37-year Triple Crown drought and, guided by the same trainer, took his shot at history.

Ridden by the 52-year-old ironman Mike Smith, Justify did not disappoint the captivated crowd as he went to the lead and stayed, despite a pack of nine contenders closing in behind him, to capture the 150th Belmont Stakes and become the 13th Triple Crown winner.

Justify completed the mile and a half on a fast track in 2 minutes 28.18 seconds to become the second undefeated Triple Crown champion, along with Seattle Slew in 1977, and to reward his backers with $3.60 on a $2 bet to win. Gronkowski, in a bit of a surprise, finished second (and paid $13.80 to place), while Hofburg was third.