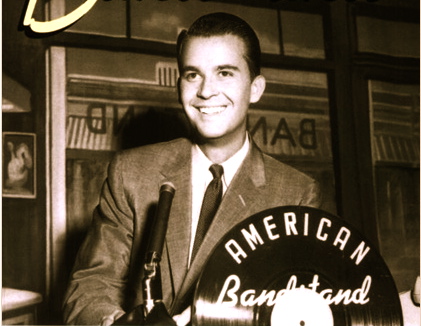 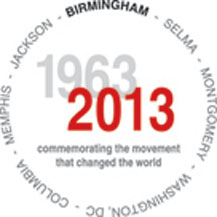 Last month the pioneering TV broadcaster Don Cornelius died at the age of 75. As the host of “Soul Train,” many obituaries described Cornelius as the “African-American Dick Clark,” the legendary host of the popular TV show, “American Bandstand,” from 1956 to 1989. Clark claimed the show, which was originally hosted in West Philadelphia before moving to Hollywood, was “one of the first integrated shows on national television.” But a newly published book challenges this history and reveals new details about how the show discriminated against black youth during its early years. “This is a story about civil rights and about segregation in the North,” says Matthew Delmont, author of “The Nicest Kids in Town: American Bandstand, Rock ‘n’ Roll, and the Struggle for Civil Rights in 1950’s Philadelphia.” “They didn’t have a formal policy that said ‘no blacks allowed.’ … They had a host of very underhanded techniques they would use to keep black teens off the show.” [includes rush transcript]

JUAN GONZALEZ: Last month, the pioneering TV broadcaster Don Cornelius died at the age of 75. As the host of Soul Train, Cornelius helped bring the voice of African Americans into living rooms across the country. Many obituaries described Cornelius as the “African-American Dick Clark,” the legendary host ofAmerican Bandstand.

In 1956, Dick Clark began hosting a show called Bandstand in the Philadelphia region. Within a year, the show was renamedAmerican Bandstand and began airing daily on national TV. It soon became one of the most popular and influential TV shows ever. The show introduced millions of young people to rock ‘n’ roll music and new dance moves.

That was the opening theme song to American Bandstand.

Dick Clark, who may be best known to younger audiences as the host of Dick Clark’s New Year’s Rockin’ Eve, began portrayingAmerican Bandstand in the 1970s as a pioneering program in part because it showed white and black youth in an integrated setting.

In 1978, Dick Clark wrote, quote, “The civil rights movement captured the conscience of America as the first wave of ‘sit-ins’ spread throughout the South while sympathetic boycotts were organized in the North. I’m proud to say ‘Bandstand’ was already by then one of the first integrated shows on national television.”

AMY GOODMAN: Dick Clark later said, quote, “In 1957, we were charting new territory. I don’t think of myself as a hero or a civil rights activist for integrating the show; it was simply the right thing to do.”