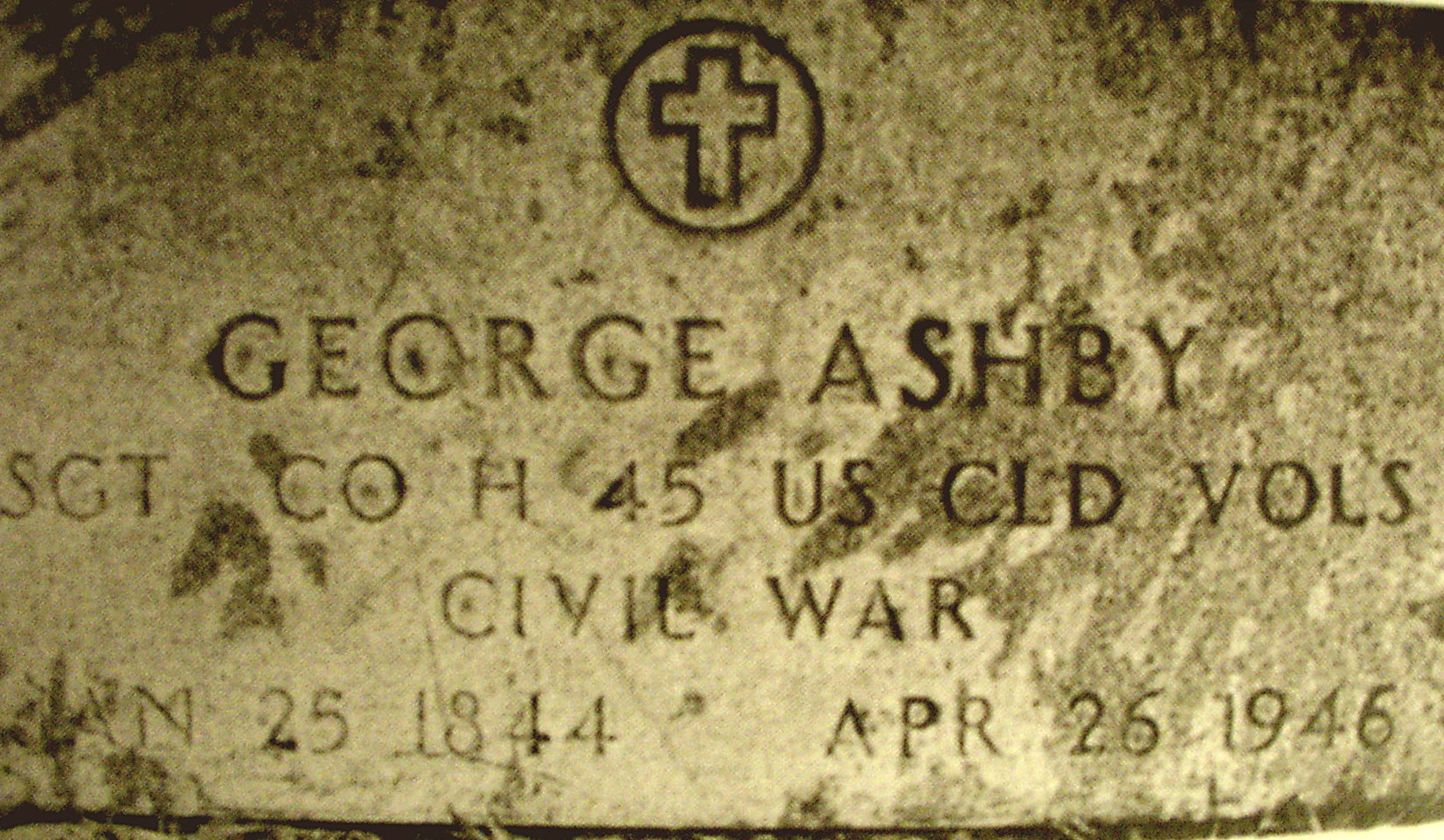 George Ashby enlisted as a private in Company H of the 45th United States Colored Infantry (USCI) in August 1864.  By the time of his discharge in November 1865, he was first sergeant of the company.  In January 1944, a reporter interviewed Ashby at his home in Allentown, New Jersey.  The old soldier, still alert at the age of 100, closely followed the course of World War II, and expressed confidence in an Allied victory.  Fightings different nowadays, said Ashby, but if I were younger, I certainly would enlist all over again.  Sergeant Ashby lived to see his victory prediction fulfilled, and died peacefully on April 26, 1946.  He was the last surviving New Jersey veteran of the Civil War.