A 3D timeline chronicling the major explorers and their discoveries of the 16th century. 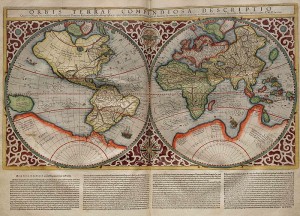 This world map by Gerardus Mercator (1587) besides the classical continents Europe, Africa andAsia shows the Americas as America sive India Nova, New Guinea and other islands of Southeast Asia as well as an Antarctic continent and a yet undetermined Terra Australis.

The 16th century begins with the Julian year 1501 and ends with either the Julian or the Gregorian year 1600 (depending on the reckoning used; the Gregorian calendar introduced a lapse of 10 days in October 1582).

It is regarded by historians as the century in which the rise of the West occurred. During the 16th century, Spain and Portugal explored the world’s seas and opened world-wide oceanic trade routes. Large parts of the New World became Spanish and Portuguese colonies, and while the Portuguese became the masters of Asia’s and Africa’s Indian Ocean trade, the Spanish opened trade across the Pacific Ocean, linking the Americas with Asia. 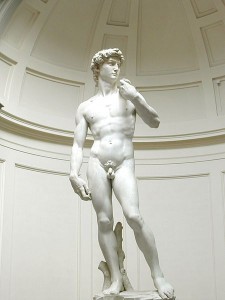 The Statue of David, completed by Michelangelo in 1504, is one of the most renowned works of the Renaissance

In Europe, the Protestant Reformation gave a major blow to the authority of the papacy and the Roman Catholic Church. European politics became dominated by religious conflicts, with the groundwork for the epochal Thirty Years’ War being laid towards the end of the century.

In the Middle East, the Ottoman Empire continued to expand, with the Sultan taking the title of Caliph, while dealing with a resurgent Persia. Iran and Iraq were caught by major popularity of the once-obscure Shiite sect of Islam under the rule of the Safavid dynasty of warrior-mystics, providing grounds for a Persia independent of the majority-Sunni Muslim world.

China evacuated the coastal areas, because of Japanese piracy. Japan was suffering under a severe civil war at the time.

Mughal Emperor Akbar extended the power of the Mughal Empire to cover most of the Indian sub continent. His rule significantly influenced arts, and culture in the region. 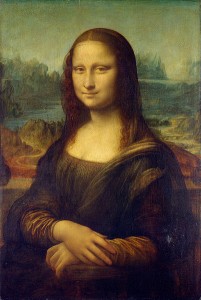 Copernicus proposed the heliocentric universe, which was met with strong resistance, and Tycho Brahe refuted the theory of celestial spheresthrough observational measurement of the 1572 appearance of a Milky Way supernova. These events directly challenged the long-held notion of an immutable universe supported by Ptolemy and Aristotle, and led to major revolutions in astronomy and science. 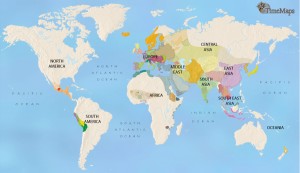 Gun-wielding Ottoman Janissaries and defending Knights of Saint John at theSiege of Rhodes in 1522, from an Ottoman manuscript.

Spanish conquistadors with their Tlaxcallan allies fighting against the Otomies of Metztitlan in present day Mexico, a 16th-century codex Portrait of Ivan the Terrible