You are here: Home / Education / Women Who Made History / 1619 Project: An Evening with Nikole Hannah-Jones by Lawrence E. Walker

1619 Project: An Evening with Nikole Hannah-Jones by Lawrence E. Walker 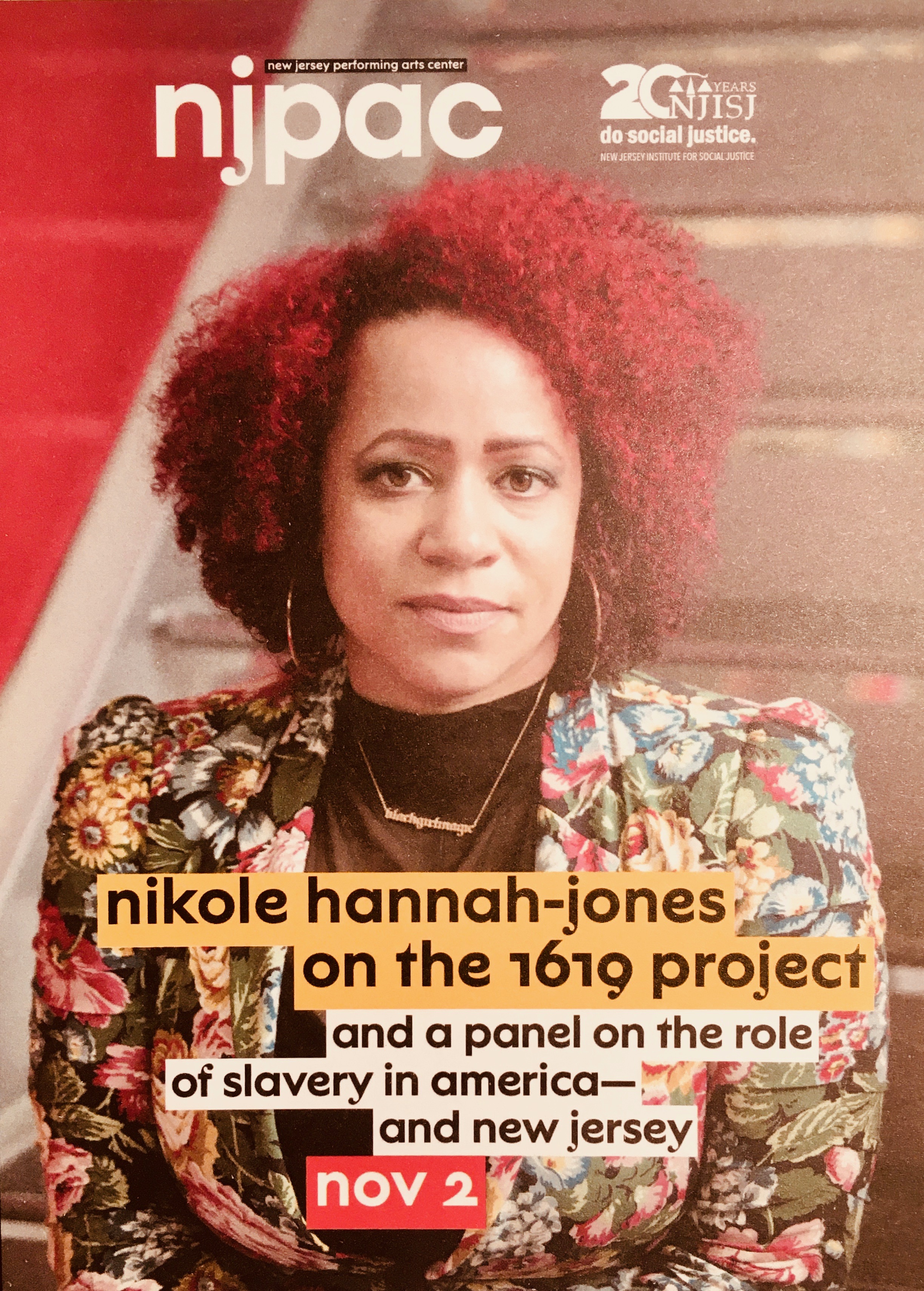 On November 2, 2019 at the NJPAC in Newark, New Jersey I was lucky to sit and be apart of the audience to hear Nikole Hannah-Jones talk about her New York Times Project 1619.

Oversview: “The United Staes is a nation founded on both an ideal and a lie.” With her unvarnished look at the role of slavery and it’s legacy on the making of our nation, Nikole Hannah-Jones tells us that “[w]ithout the idealistic, strenuous and patriotic efforts of black Americans, our democracy today would most likely look very different-it might not be a democracy at all.”

The award-winning journalist will discuss the NYT Magazine’s 1619 Project, a multi-media initiative marking the 400th anniversary of the arrival of Black people in Jamestown, Virginia, the system of slavery that followed and its enduring legacy in America.

She was introduced by Ryan P. Haygood (President and CEO, New Jersey Institute for Social Justice). Following her talk is panelist moderated by Marcia W. Brown (Rutgers University-Newark), who will bring the conversation home to New Jersey with Shane Harris (Executive Director, The Prudential Foundation), and joined by a distinguished panel of Scholars and advocates, Prof. Elise Boddie (The Inclusion Project at Rutgers Law School), Rev. Charles F. Boyer (Pastor and Founder of Salvation and Social Justice), Marley Dias (Creator of #1000BlackGirlBooks campaign) and Richard Roper (Public Policy Consultant). To listen to the audio go to the link above.