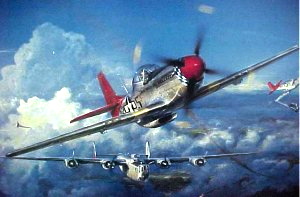 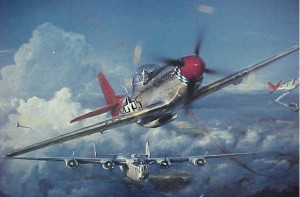 What are the odds that you would ever find a fighter escort pilot who flew with you on a combat mission?  They are great, but it can happen and did.

This story is about Herb Heilbrun & John Leahr.  One a B-17 pilot, one a Red-Tail fighter pilot.  If you don’t know what a red-tail fighter pilot  is, you will have to watch this story, a story that began in a small rust belt town with two little boys in the second grade.

Our hat’s are off to both Herb and John.   We thank them for this inspiring story.  Sit back, enlarge the screen and enjoy.