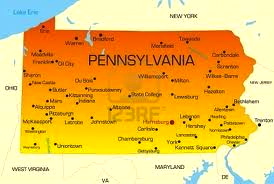 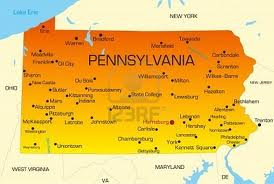 The Native Indians of Pennsylvania included the Delaware, Erie, Honniasont, Iroquois, Saponi, Shawnee, Susquehanna, Tuscarora, Tutelo and Wenrohronon tribes
1498- Italian explorer John Cabot ( Giovanni Cabot) explores the coast for the English
1524- Italian explorer Giovanni da Verrazano ( 1485 – 1528 ) explores the Carolina coast for France
1608- Captain John Smith (1580-1631) maps the coast from Virginia up the Susquehanna River
1609- Henry Hudson (1565-1611) English and navigator employed by the Dutch explores the area
1610- Captain Samuel Argall, an English sea captain, names the bay after Lord De La Warr, the governor of Virginia
1638-1655 – Swedish settlers set up the first settlement
1638- Swedish settlement led by Peter Minuet starting the New Sweden Colony
1646- Peter Stuyvesant (1602-1672) became Dutch Governor of the New Netherlands
1655- The Dutch defeat the Swedes on the Delaware and Stuyvesant took possession of the New Sweden Colony
1664- King Charles II totally ignored any Dutch claims and gave the entire country to his brother James, Duke of York
1664- The Dutch lose New Amsterdam to the British which is re-named as New York, after the Duke of York
1681- 1681-1776 – The Quaker Province – William Penn, founder of Pennsylvania
1681- King Charles II of England owed the Quaker, William Penn, Â£16,000 and when Penn asked the King to grant him land it was granted. The King signed the Charter of Pennsylvania on March 4, 1681. King Charles II of England specified in the charter given to William Penn that the name should be Pennsylvania. This is a combination of the Latin word ‘ Sylvania ‘ meaning woodland together with Penn
1682- Landing of William Penn (1644 – 1718) at New Castle, Delaware
1756-1763: The Seven Years War (French and Indian War) due to disputes over land is won by Great Britain. France gives England all French territory east of the Mississippi River, except New Orleans. The Spanish give up east and west Florida to the English in return for Cuba
1763-1767: Legal battles were settled by a survey, which resulted in the Mason-Dixon line, surveyed by Charles Mason and Jeremiah Dixon
1764- Pontiac’s Rebellion. The British treated the former Indian allies of the French like conquered peoples, which prompted the Ottawa Chief Pontiac (1720-1769) to lead a rebellion of a number of tribes against the British
1775-1783 – The American Revolution creates the United States of America. The Revolution was due to the British burden of taxes and total power to legislate any laws governing the American colonies
1776- July 4, 1776 – United States Declaration of Independence
1778- July 10, 1778 – France declares war against Britain and makes an alliance with the American revolutionary forces
1783- September 3, 1783 – The Treaty of Paris is signed by the victorious United States and the defeated Great Britain
1787- Statehood – The Date that Pennsylvania was admitted to the Union – December 12, 1787. Constitution – Pennsylvania was the 2nd State to be admitted to the Union. State Motto – “Virtue, Liberty, and Independence”
1803- The Louisiana Purchase – In 1803, the United States bought the Louisiana Territory from France. The U.S. Secretary of State, James Madison paid 15 million dollars for the land
1812-1815: The War of 1812 between U.S. and Great Britain, ended in a stalemate but confirmed America’s Independence
1859- John Brown raided Harpers Ferry and set in motion events that led directly to the outbreak of the Civil War.
1861-1865: The American Civil War. Abraham Lincoln, a known opponent of slavery, was elected president and in 1861 the South Secedes. The initial Secession of South Carolina was followed by the secession of Mississippi, Florida, Alabama, Georgia, Louisiana, Texas, Virginia, Arkansas, Tennessee, and North Carolina. These eleven states eventually formed the Confederate States of America. The bombardment of Fort Sumter was the opening engagement of the American Civil War.
1865- The surrender of Robert E. Lee on April 9 1865 signaled the end of the Confederacy
1865- 1865 December 6 – The Abolishment of Slavery. The Thirteenth Amendment to the U.S. Constitution is ratified, thus officially abolishing slavery
1865- The surrender of Robert E. Lee on April 9 1865 signaled the end of the Confederacy