You are here: Home / Libraries / Time Archive / Steam vs. Electricity 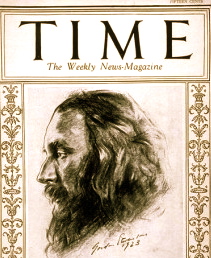 During the 65 years from 1920 to 1985 the power generation industry in Victoria’s Latrobe Valley grows into such a monster that it freaks-out one of its early proponents: retired engineer John McMahon is heard to say “it’s too big for me” in this restored 16mm colour film. “Too big for me,”too big for Planet Earth… Now that climate change is beyond doubt a real and present danger, it remains to be seen how “timeless” steam power will be, given that the worst case of climate change predicted by climate models could decimate human civilization and cast us all back to pre-industrial times, with the added burden of a toxic nuclear and chemical legacy, visiting a curse of disease and inherited genetic damage to all living creatures. Credit should go to writer/director Dale Bromley for not censoring Mr McMahon’s negative view of the excessive scale of the modern electricity industry. 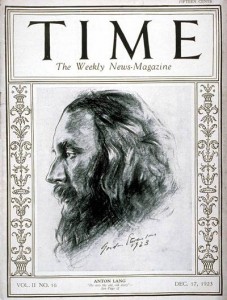 Which is faster—the steam or electric locomotive? On the face of the latest returns, the “juice” seems to have it. At Erie, Pa., last week a speed of 105 miles an hour was attained over a short test track by a locomotive built by the General Electric Co. and the American Locomotive Works for the Paris-Orleans Railroad, France. This is the greatest speed ever attained by an electric locomotive, and could just as well have been 125 miles an hour, said officials, if the track had been…