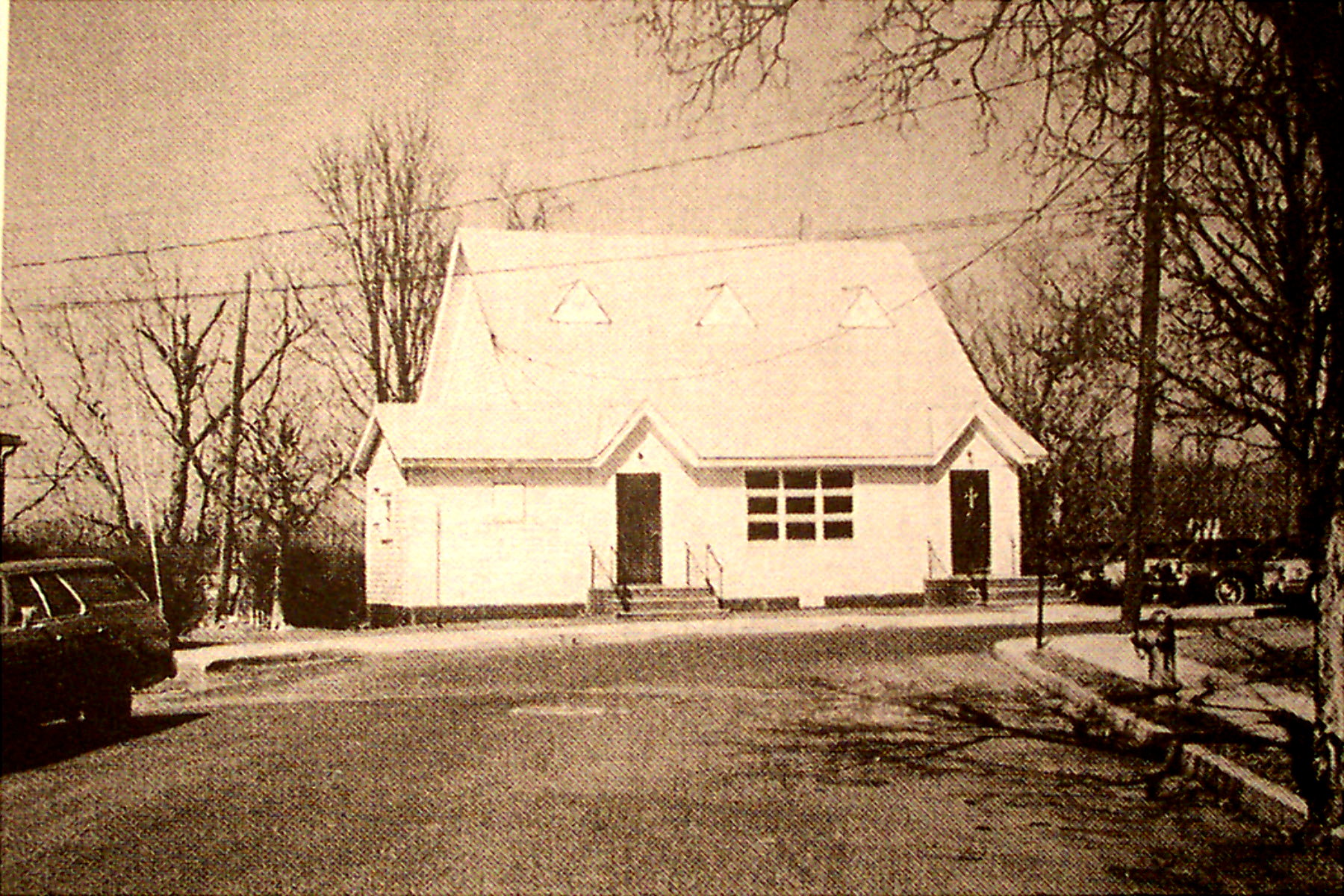 Bishop Scarborough reported to the Diocesan Convention of 1892 on the founding of St. Thomas Chapel on December 21, 1891. The Durham family who built the church was prominent members of Trinity Episcopal Church where the Elder Thomas Durham was a lay reader.  The family owned a considerable amount of property in the vicinity of Catherine Street where they built the church named for St. Thomas the Apostle.  The intent was that this church would function as a daughter chapel to Trinity with Reverend Robert McKellar, the rector of Trinity, in charge.

It is not clear why, but the chapel fell into disuse after a few years. By this time, a group of Black Episcopalians had begun meeting in Red Bank. They applied for and were granted permission by the Bishop to use the chapel for worship, and were greatly assisted in this effort by Fr. A.E. Jenson of St. Augustine’s, Asbury Park, as well as by Fr. McKellar.  After this reorganization, the first service was held on June 9, 1907.

A year later, during a large service to celebrate the first anniversary of St. Thomass reorganization and revival, Mrs. Durham presented the congregation with the deed for the land and building. The church lot was a frame structure described as “Modified Gothic.”  The lot and building were valued at $4,000 and were debt free.

Though originally started as a church for White people, it was as a predominantly Black congregation that St. Thomas took root and grew.  In fact, many Black churches and other social institutions were either started or revitalized in this area during these years, including a number of other predominantly Black parishes in the Diocese such as St. Augustine’s in Camden, 1889, and St. Augustine’s in Asbury Park, 1890.  This occurred because there was a large scale migration of Black people into New Jersey from the South between 1870 and 1910, many of whom were attracted to the shore area, particularly Long Branch and Asbury Park