You are here: Home / Education / Politics / US Politics / Simeon Booker, Dies at 99 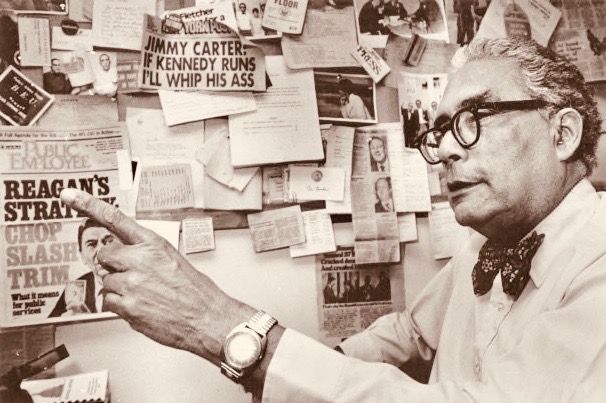 Simeon booker, pioneering reporter on the issue of race, dies at 99 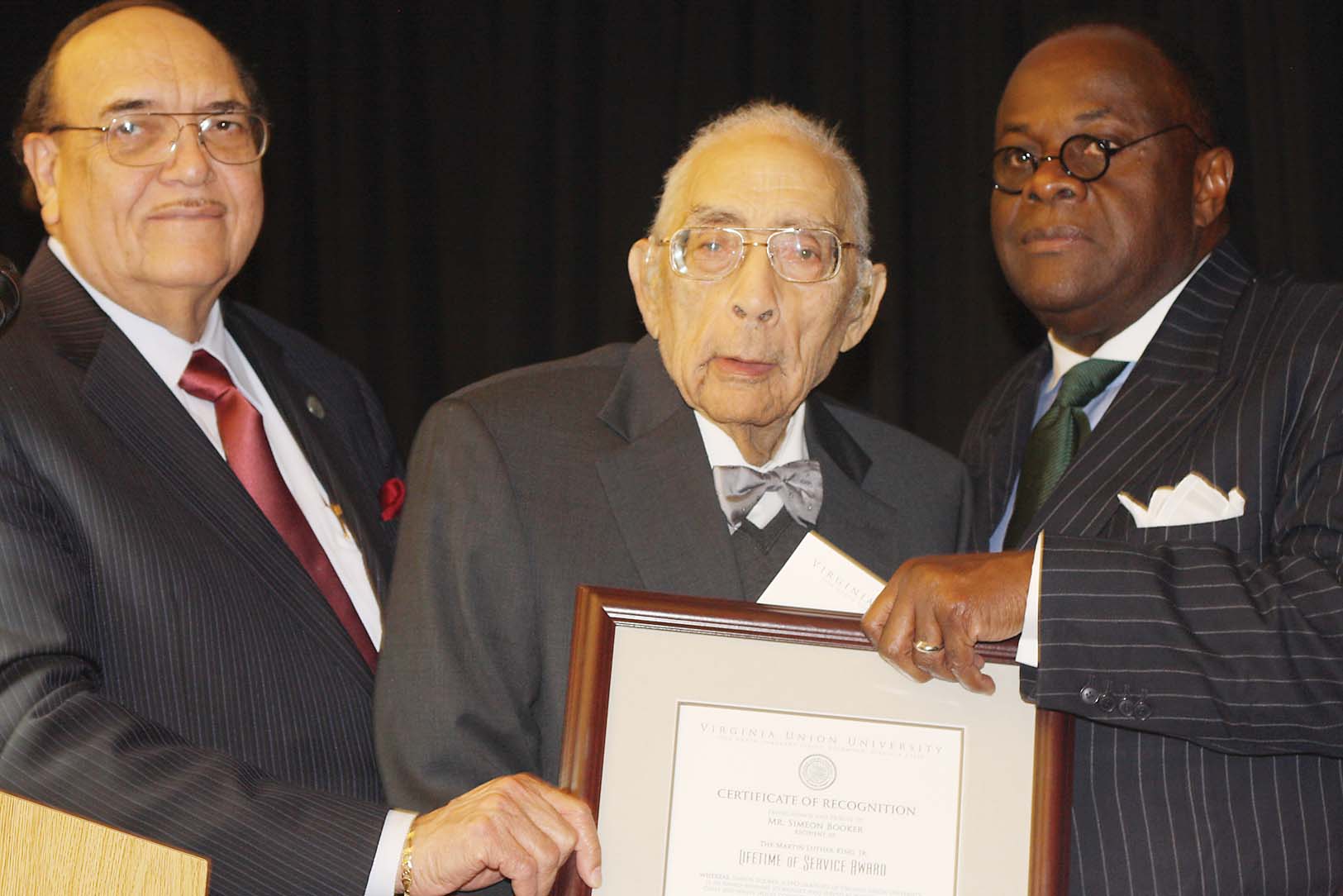 Simeon S. Booker Jr., an award-winning journalist and author who provided pioneering coverage of racial injustice and the civil rights struggle for readers of Jet and Ebony magazines and was The Washington Post’s first black reporter, died on Sunday in Solomons, Md. He was 99.

His wife, Carol, confirmed his death to The Post.

As the escalating battle between civil rights activists and die-hard segregationists became the nation’s most gripping domestic story in the 1950’s and ’60s, Mr. Booker traveled dangerous roads with Freedom Riders, marched with protesters and covered the major racial crises and personalities of the era. 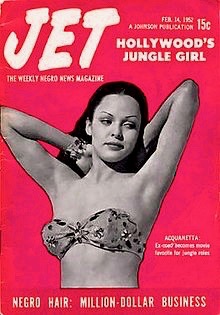 Frankly pursuing journalism to fight racism, he began in the 1940’s with black newspapers in Baltimore and Cleveland, and was The Post’s first full-time black reporter from 1952 to 1954, covering general news. But he quit to be Jet’s chief columnist and the Washington bureau chief of its parent, Johnson Publishing, for access to corridors of power and the freedom to write about civil rights with an analytical voice.

In 1955, his articles on the murder and mutilation of 14-year-old Emmett Till and the acquittal of two white killers in Mississippi, and on the Montgomery bus boycott sparked by Rosa Parks’s refusal to give up her seat — major events that catalyzed the civil rights movement — were among the era’s most notable journalistic works.

In 1961, he was the only journalist with the first Freedom Riders, who protested transportation segregation in the South by busing from Atlanta to Birmingham. A 150-mile gantlet of mob violence peaked in Alabama with a firebombing and attacks by police officers with nightsticks and snarling dogs.

And in 1965, he joined the march from Selma to Montgomery that became the movement’s political and emotional climax, as televised attacks by Alabama state troopers shocked Americans and dramatically shifted public opinion against segregationists.

For the millions of readers of the weekly Jet and the monthly Ebony, he was more than a front-line reporter. He also covered Washington policies, interviewing presidents and members of Congress, and analyzed the tactics and strategies of civil rights movement leaders, including the Rev. Dr. Martin Luther King Jr., Roy Wilkins, Whitney Young, A. Philip Randolph and James Farmer.

Mr. Booker, who retired in 2007 after 65 years in journalism, had also chronicled the wider black experience — political and economic trends, the achievements of celebrities, the changing lives of ordinary people — for readers who often saw themselves reflected in the mainstream media in stereotypical ways.

“I always found myself opening Jet and looking first at what he had to say,” Dorothy Height, founder of the National Council of Negro Women, recalled at a retirement party for Mr. Booker at the National Press Club in Washington. “It was like getting the gospel according to Simeon.”

Simeon Saunders Booker Jr. was born in Baltimore on Aug. 27, 1918, the second of four children of Simeon Saunders Booker and Roberta Waring Booker. The family moved to Youngstown, Ohio, when Simeon was 5. He became interested in journalism through a family friend who owned The Baltimore Afro-American, and he joined the paper as a reporter in 1942 after earning a degree in English from Virginia Union University, a historically black school in Richmond.

In 1945, he returned to Ohio and joined another black newspaper, The Call & Post, in Cleveland. Besides his news reporting, he took graduate courses in journalism and radio at Cleveland College, and began writing for Ebony. On a cross-country car trip, he wrote profiles of black people, including a cowboy in Wyoming and a Mormon in Utah. In 1950, he won a Nieman fellowship to study for a year at Harvard. 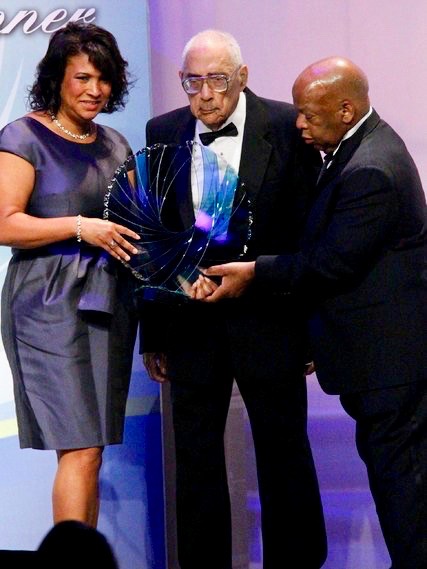 His ensuing two years at The Washington Post were unsatisfying, in part because segregation limited his assignments. But he found the range he wanted with Johnson Publishing, and soon came to national attention with his articles about the lynching of Emmett Till and the sham trial of his killers, who, after their acquittal, admitted murdering the boy.

Mr. Booker’s first marriage, to Thelma Cunningham, ended in divorce. In 1973, he married the former Carol McCabe. Survivors include two sons, Simeon III and Theodore; a daughter, Theresa; and several grandchildren. His son James died in 1992.

From 1959 to 1978, Mr. Booker was a syndicated radio commentator for Westinghouse Broadcasting. His first book, “Black Man’s America” (1964), surveyed the history, causes and leadership of the civil rights movement. He also wrote “Susie King Taylor: Civil War Nurse” (1969). His memoir, “Shocking the Conscience: A Reporter’s Account of the Civil Rights Movement,” written with his wife, Carol, was published in 2013.

Mr. Booker was inducted into the National Association of Black Journalists Hall of Fame in 2013. In 2016, he received the George Polk career award given by Long Island University for lifetime achievement. He was nominated by 17 members of Congress this year for the Congressional Gold Medal; along with the Presidential Medal of Freedom, it is the nation’s highest civilian honor.

“I had a compelling ambition to fight segregation on the front line,” he told the National Press Club in 1982 when he received its Fourth Estate Award for lifetime achievement. “I stayed on the road covering civil rights day and night. We ducked into funeral homes at night to photograph the battered bodies of civil rights victims. The names, the places and the events became history.”