Imagine science… and religion… connecting, Imagine technology… and spirituality… combining, Now imagine… that everything you ever imagined… is possible and Scientology… there are higher states of existence.

The Scientology symbol is composed of the letter S, which stands for Scientology, and the ARC and KRC triangles, two important concepts in Scientology.

Scientology is a body of beliefs and related practices created by science fiction writer L. Ron Hubbard (1911–1986), beginning in 1952 as a successor to his earlier self-hel psystem, Dianetics.  Hubbard characterized Scientology as a religion, and in 1953 incorporated the Church of Scientology in Camden, New Jersey.

Scientology teaches that people are immortal beings who have forgotten their true nature.  Its method of spiritual rehabilitation is a type of counselling known as auditing, in which practitioners aim to consciously re-experience painful or traumatic events in their past in order to free themselves of their limiting effects.  Study materials and auditing sessions are made available to members on a fee-for-service basis, which the church describes as a “fixed donation.” Scientology is legally recognized as a tax-exempt religion in the United States, Italy, South Africa, Australia, Sweden, the Netherlands,  New Zealand, Portugal and Spain; the Church of Scientology emphasizes this as proof that it is a bona fide religion. In contrast, the organization is considered a commercial enterprise in Switzerland, a cult (secte) in France and Chile, and a non-profit in Norway, and its legal classification is often a point of contention.

A large number of organizations overseeing the application of Scientology have been established, the most notable of these being the Church of Scientology. Scientology sponsors a variety of social-service programs.  These include the Narconon anti-drug program, the Criminon prison rehabilitation program, the Study Tech education methodology, the Volunteer Ministers, the World Institute of Scientology Enterprises, and a set of moral guidelines expressed in a booklet called The Way to Happiness.

Scientology is one of the most controversial new religious movements to have arisen in the 20th century. The church is often characterized as a cult and it has faced harsh scrutiny for many of its practices which, critics contend, include brainwashing and routinely defrauding its members, and harassing its critics and perceived enemies with psychological abuse, character assassination and costly litigation.  In response, Scientologists have argued that theirs is a genuine religious movement that has been misrepresented, maligned and persecuted.  The Church of Scientology has consistently used litigation against its critics, and its aggressiveness in pursuing its foes has been condemned as harassment.  Further controversy has focused on Scientology’s belief that souls (“thetans”) reincarnate and have lived on other planets before living on Earth, and that some of the related teachings are not revealed to practitioners until they have paid thousands of dollars to the Church of Scientology.  Another controversial belief held by Scientologists is that the practice of psychiatry is destructive and abusive and must be abolished.

The word Scientology is a pairing of the Latin word scientia (“knowledge”, “skill”), which comes from the verb scīre (“to know”), and the Greek λόγος lógos (“word” or “account [of]”).  Scientology, as coined by L. Ron Hubbard, comes from the Latin scio, which means “knowing, in the fullest meaning of the word” and the Greek word logos, which means “study of”. Scientology is further defined as “the study and handling of the spirit in relationship to itself, universes, and other life.”

In 1901, Allen Upward coined Scientology “as a disparaging term, to indicate a blind, unthinking acceptance of scientific doctrine” according to the Internet Sacred Text Archive as quoted in the preface to Forgotten Books’ recent edition of Upward’s book, The New Word: On the meaning of the word Idealist.  Continuing to quote, the publisher writes “I’m not aware of any evidence that Hubbard knew of this fairly obscure book.”  In 1934, philosopher Anastasius Nordenholz published a book that used the term to mean “science of science.” It is also uncertain whether Hubbard was aware of this prior usage of the word. 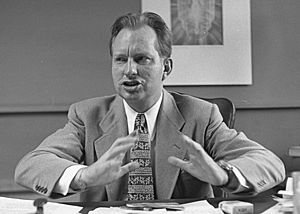 Scientology was developed by L. Ron Hubbard as a successor to his earlier self-help system, Dianetics. Dianetics uses a counseling technique known asauditing, to enable conscious recall of traumatic events in an individual’s past.  It was originally intended to be a new psychotherapy and was not expected to become the foundation for a new religion.  Hubbard variously defined Dianetics as a spiritual healing technology and an organized science of thought.  The stated intent of Dianetics is to free individuals of the influence of past traumas by systematic exposure and removal of the engrams these events have left behind, in a process calledclearing.

Hubbard, an American writer of pulp fiction, especially science fiction, first published his ideas on the human mind in the Explorers Club Journal and the May 1950 issue of Astounding Science Fiction magazine.  The publication of Dianetics in May 1950 is considered by Scientologists a seminal event of the century.  Two of Hubbard’s key supporters at the time were John W. Campbell Jr., the editor of Astounding Science Fiction, and Dr. Joseph A. Winter. Winter, hoping to have Dianetics accepted in the medical community, submitted papers outlining the principles and methodology of Dianetic therapy to the Journal of the American Medical Association and the American Journal of Psychiatry in 1949, but these were rejected.

May 1950 saw the publication of Hubbard’s Dianetics: The Modern Science of Mental Health. His book entered the New York Times best-seller list on June 18 and stayed there until December 24 of that year.  Dianetics appealed to a broad range of people who used instructions from the book and applied the method to each other, becoming practitioners themselves.  Hubbard found himself the leader of a growing Dianetics movement.  He became a popular lecturer and established the Hubbard Dianetic Research Foundation in Elizabeth, New Jersey, where he trained his first Dianetics counselors or auditors.

Rutgers scholar Beryl Satter says that “there was little that was original in Hubbard’s approach” with much of the theory having origins in popular conceptions of psychology.  Satter observes that, “keeping with the typical 1950s distrust of emotion, Hubbard promised that Dianetic treatment would tap dangerous emotions in order to release and erase them, thereby leaving individuals with increased powers of rationality.” Hubbard’s thought was parallel with the trend of humanist psychology at that time, which also came about in the 1950’s.  Passas and Castillo write that the appeal of Dianetics was based on its consistency with prevailing values.

Dianetics soon met with criticism. Morris Fishbein, the editor of the Journal of the American Medical Association and well-known at the time as a debunker of quack medicine, dismissed Hubbard’s book.  An article in Newsweek stated that “the dianetics concept is unscientific and unworthy of discussion or review.”  In January 1951, the New Jersey Board of Medical Examiners instituted proceedings against the Hubbard Dianetic Research Foundation for teaching medicine without a license, which eventually led to that foundation’s bankruptcy.

Some practitioners of Dianetics reported experiences which they believed had occurred in past lives, or previous incarnations.  In early 1951, reincarnation became a subject of intense debate within Dianetics.  Campbell and Winter, who was still hopeful of winning support for Dianetics from the medical community, championed a resolution to ban the topic.  But Hubbard decided to take the reports of past life events seriously and postulated the existence of the thetan, a concept similar to the soul.  This was an important factor in the transition from secular Dianetics to the more supernaturalistic Scientology, but more to the point, Hubbard saw that Dianetics was about to fail from its inherent individualism which set each person as his own authority. It has been suggested that Hubbard started the more religious mode of Scientology to establish an overarching authority—his own.

Also in 1951, Hubbard introduced the electropsychometer (E-meter for short), a kind of galvanometer, as an auditing aid.  Based on a design by Hubbard, the device is held by Scientologists to be a useful tool in detecting changes in a person’s state of mind.

Publishers Weekly gave a plaque posthumously to L. Ron Hubbard commemorating the appearance of Dianetics on its bestseller list for one hundred consecutive weeks. One scholar has called Dianetics the bestselling non-Christian religious book of the century.

The 1950 book Dianetics: The Modern Science of Mental Health has influenced Scientologists so much that they use a “dating system based on the initial appearance of this book. For example, ‘A.D. 25’ does not stand for Anno Domini, but ‘After Dianetics.'”  Scholarly conjecture discusses the likelihood of the Church of Scientology falsifying the numbers of Dianetics books sold; the Church says more than 90 million. Nevertheless, the book has seen very little attention from scholars. 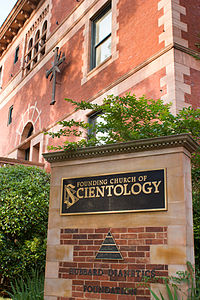 The Church experienced further challenges. The United States Food and Drug Administration (FDA) began an investigation concerning the claims the Church of Scientology made in connection with its E-meters.  On January 4, 1963, they raided offices of the Church of Scientology and seized hundreds of E-meters as illegal medical devices. The devices have since been required to carry a disclaimer saying that they are a purely religious artifact.