You are here: Home / Education / Senior's Corner / RMS Titanic: 100 Years After She Sank

RMS Titanic: 100 Years After She Sank 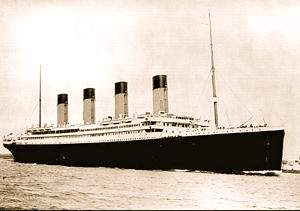 The Titanic tragedy that resulted in the deaths of more than 1,500 and stunned the world still captivates audiences 100 years after the largest so-called unsinkable steamer collided with an iceberg on its maiden voyage and sank into the ocean depths.

The details of the disaster have been revisited in countless articles and a dozen movies, including “A Night to Remember” and James Cameron’s 1997 “Titanic,” which is being re-released in 3D on Wednesday.

The sinking of the New York City-bound steamer off the coast of Newfoundland on April 15, 1912, continues to intrigue because it is epic, according to Paul Heyer, who wrote Titanic Century: Media, Myth and the Making of a Cultural Icon.

“It has a kind of tragic aura to it that we find in the Bible, Greek drama, Shakespeare, novels such as Moby Dick,” he said. “It’s almost as if all these themes in literature have come to life in a real historical event.”

Charles Haas, author of several books on the ship, recalls learning about the Titanic from his grandfather, with whom he would watch giant ocean liners float through the New York Harbor.

Kevin Sandler, author of Titanic: Anatomy of a Blockbuster, lists some of the reasons that the dramatic scene still looms large in the minds of many.

“You got a big ship colliding with an iceberg,” said Sandler. “You have death and destruction in the middle of an ocean. You have this kind of false confidence in technology.”

The Titanic sank at the dawn of the Modern age just as the Victorian era was coming to an end. Passengers’ bags had been loaded onto the steamer with an electrical crane, and for a dollar you could step into a Turkish bath heated by electricity. With their tickets, first class passengers got deck plans that folded up like road maps.

The Queen of the Ocean, as the Titanic was called in its promotional material, had water-tight doors and patented anti-corrosive coating. It wasn’t supposed to sink.

Written by: By Abbie Fentress Swanson