You are here: Home / Media / Music / Rhythm for Sale 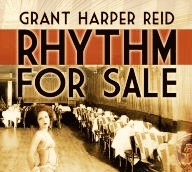 132nd Street between Adam Clayton Powell Jr. Boulevard & Lenox Avenue in Harlem is now co-named Leonard Harper Way. The new name pays tribute to Harper, an influential black producer, director and choreographer during the Harlem Renaissance. He worked and died on that block, and Harper’s grandson, Grant Harper Reid, who wrote the book “Rhythm For Sale” about his grandfather, helped unveil the new street sign. In this video produced and edited by Havelock Nelson, Harper Reid talks about Leonard Harper and his legacy. 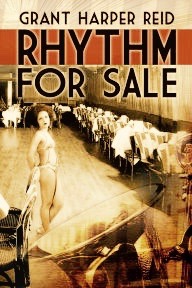 “Rhythm For Sale” the 5-Star Journey Grand Prize Chanticleer Award Winning book and one of the Best Self-Published books for 2015 by the IndieReader staff.

About Harlem Renaissance producer Leonard Harper’s life. Reid has documented Harper’s tale with decades of research and the careful chronological arrangement of the facts.

Reid begins with Leonard Harper as a young pickaninny boy dancing in Medicine shows in the racist South. After leaving Alabama, Harper tours the country with his song and dance partner Osceola Blanks, and they wind up performing at the Empire Theater in London. As a married couple Harper and Blanks, arrive back in the States smack dab in the middle of the Harlem Renaissance. Pianist Duke Ellington moves in with them. Harper is hired to be the main in-house producer at Harlem’s fabled Connie’s Inn nightclub.

“Rhythm For Sale” just gets started as Harper opens up his downtown Times Square Dance Studio. He teaches the Marx Brothers, Ruby Keller, Adele Astaire and Busby Berkeley’s chorus line in the fine art of (Dirty Colored), dancing with “that little extra something in the butt department.” He forms his famous chorus-line the Harperettes, who jiggle and joggle in skimpy outfits while setting dance floors on fire. Leonard Harper produces in at least eight nightclubs and theaters just in New York City alone. The Cotton Club, the Hollywood Inn, Al Capone’s Grand Terrace Cafe, the Lafayette Theater, and the Apollo Theater all owe their status and particular place in nightclub and theater entertainment history to Harper and his fast variety revues. He rules the nightclub and Black Musical Comedy world on “The Great White Way” and uptown in Harlem. “Black And Blue” and “Ain’t Misbehavin” all came from Harper’s “Hot Chocolates” and only “Rhythm For Sale,” tells the true story behind the making of that all-time legendary Broadway sensational revue.

It’s not all the razzle and dazzle of the bright stage lights in this tome. “Rhythm For Sale” finely peals away beyond the surface to reveal what lurks underneath the facade. Like a master chef, the author delves deep inside the ingredients of Harper’s complicated personal life. We examine his relationships with his possessive mother, jealous brother, crippled and bitter wife, sexy girlfriends and his loving daughter.

The book ends with Harper’s 1943 downfall. When Harper’s variety revue form of Colored Musical Comedy is, deemed out of date with his audience, his time on earth expires. His sad downfall is inevitable as the master stager is trapped and held captive of his past success. Perhaps the racial pigeonhole that forced him into working for only small-time Harlem nightspots caused his death.

A Harlem street was named “Leonard Harper Way” because of the contents and subject of this book.

“Clearly Leonard Harper was just about the most important contributor to the entertainment mystique that enveloped Harlem in the 1920’s and 1930’s. He essentially invented the nightclub floorshow, Harlem style that everyone, uptown and down, then emulated. Without him, I doubt we would have Broadway musicals as we know them today.” Barry Singer author of Black And Blue.

“Harper’s extraordinary accomplishments as an artist and innovator spanned the worlds of vaudeville, cabaret, burlesque and Broadway musical comedy. Harper is also remembered as a pioneer who integrated the all-white Shubert touring circuit and directed Hot Chocolates’ the first ever Broadway production with an all-black creative team.” Jed Bernstein President of Lincoln Center.