You are here: Home / Media / PureHistory Television / Remember the Day 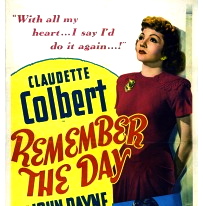 Remember the Day is a 1941 film released by 20th Century Fox, directed by Henry King, and starring Claudette Colbert and John Payne. 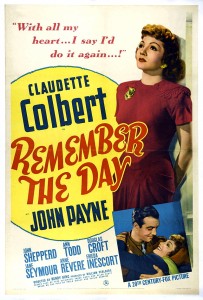 Elderly schoolteacher Nora Trinell reflects on her life and teaching career while waiting to see Dewey Roberts, formerly her student and currently a Presidential nominee. This film is reminiscent of Cheers for Miss Bishop (1941) and Good Morning, Miss Dove (1955).