The Radio Corporation of America (RCA) traces scientific advances related the development of television from the 1920’s to 1950’s, including the introduction of color broadcasts. The film includes technical examples of how televisions work, and notable broadcasts from TV’s early days.

The Public Broadcasting Service (PBS) is an American public broadcaster and television program distributor. Headquartered in Arlington, Virginia, PBS is an independently operated non-profit organization and is the most prominent provider of television programs to public television stations in the United States, distributing series such as NOVA, Sesame Street, PBS NewsHour, Masterpiece, Nature, American Masters, Frontline, and Antiques Roadshow.

Since the mid-2000’s Roper polls commissioned by PBS have consistently placed the service as the most-trusted national institution in the United States. However, PBS is not responsible for all programming carried on public television stations, a large proportion of which (including most specials aired during multi-annually pledge drives) come from third-party sources, including member stations (such as WGBH, WETA-TV, WNET, WTTW National Productions), American Public Television and independent producers. This distinction is a frequent source of viewer confusion.

The service has more than 350 member television stations, many owned by educational institutions or non-profit groups affiliated with a local public school district, collegiate educational institution or by state government-owned or -related entities. It also operates National Datacast (NDI), a subsidiary which offers datacasting services via member stations, and provides additional revenue for PBS and its member stations. 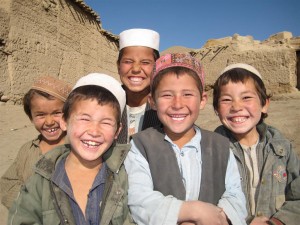 Unlike the five major commercial broadcast television networks in the United States, ABC, CBS, NBC, Fox and The CW – which compensate their affiliate stations to carry their programs – PBS is not a network but a program distributor that provides television content and related services to its member stations. Each station is charged with the responsibility of programming local content (often news, interview, cultural and public affairs programs) for their individual market or state that supplements content provided by PBS and other public television distributors.

In a television network structure, affiliates give up portions of their local advertising airtime in exchange for carrying network programming, and the network pays its affiliates a share of the revenue it earns from advertising (although this structure has been reversed in recent years, with the network compensated by the stations). By contrast, PBS member stations pay fees for the shows acquired and distributed by the national organization. Under this relationship, PBS member stations have greater latitude in local scheduling than their commercial broadcasting counterparts. Scheduling of PBS-distributed series may vary greatly depending on the market. This can be a source of tension as stations seek to preserve their localism, and PBS strives to market a consistent national lineup. However, PBS has a policy of “common carriage,” which requires most stations to clear the national prime time programs on a common programming schedule to market them nationally more effectively. Management at former Los Angeles member KCET cited unresolvable financial and programming disputes among its major reasons for leaving PBS after over 40 years in January 2011. 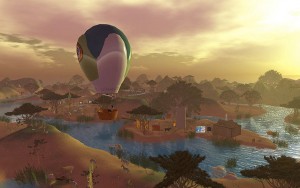 Although PBS has a set schedule of programming (particularly in regard to its prime time schedule, while many members carry a feed of night-time programming from the PBS Satellite Service), member stations reserve the right to schedule PBS-distributed programming in other time slots or not clear it all if they choose to do so; few of the service’s members carry all its programming. Most PBS stations timeshift some distributed programs. Once PBS accepts a program offered for distribution, PBS rather than the originating member station retains exclusive rebroadcasting rights during an agreed period. Suppliers retain the right to sell the program in non-broadcast media such as DVD’s, books, and sometimes PBS licensed merchandise (but sometimes grant such ancillary rights as well to PBS).

In 1994 The Chronicle of Philanthropy released the results of the largest study on the popularity and credibility of charitable and non-profit organizations. PBS ranked as the 11th “most popular charity/non-profit in America” from over 100 charities researched in the study conducted by the industry publication, with 38.2% of Americans over the age of 12 choosing “love” and “like a lot” for PBS. 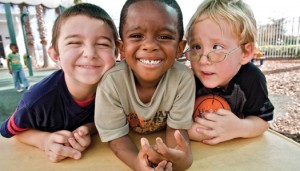 In December 2009 PBS signed up for the Nielsen ratings audience measurement reports, and began to be included in its primetime and daily “Television Index” reports, alongside the major commercial broadcast networks. In May 2011 PBS announced that it would incorporate breaks containing underwriter spots for corporate and foundation sponsors, program promotions and identification spots within four breaks placed within episodes of during Nature and NOVA, airing episodes broken up into segments of up to 15 minutes, rather than airing them as straight 50- to 55-minute episodes. The strategy began that fall, with the intent to expand the in-program breaks to the remainder of the schedule if successful.

On May 8, 2013, full-length episodes of PBS’ prime time, news and children’s programs were made available through the Roku streaming player; programming is available on Roku as separate streaming channels for PBS and PBS Kids content. 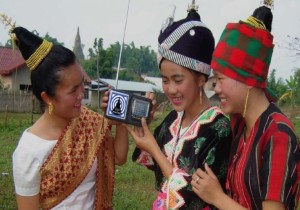 PBS broadcasts children’s programming as part of the service’s (and including content supplied by other distributors not programmed by the service, its member stations’) morning and afternoon schedule. As the children’s programs it distributes are intended to educate as well as entertain its target audience, PBS and its stations have long been in compliance with educational programming guidelines set by the Children’s Television Act from its passage by the Federal Communications Commission in 1990. Many member stations have historically also broadcast distance education and other instructional television programs, typically during daytime slots; though with the advent of digital television, which has allowed stations to carry these programs on digital subchannels in lieu of the main PBS feed, many member stations/networks have replaced distance education content with children’s and other programming. 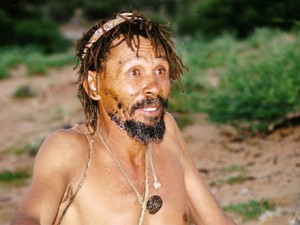 Unlike its radio counterpart, National Public Radio, PBS does not have a central program production arm or news division. All of the programming carried by PBS, whether news, documentary, or entertainment, is created by (or in most cases produced under contract with) other parties, such as individual member stations. Boston member WGBH-TV is one of the largest producers of educational television programming, including shows like American Experience, Masterpiece Theatre, Nova, Antiques Roadshow and Frontline, as well as many other children’s and lifestyle programs. News programs are produced by WETA-TV (PBS Newshour) in Washington, D.C., WNET in New York and WPBT in Miami. Newark, New Jersey/New York City member WNET produces or distributes programs such as Charlie Rose, Secrets of the Dead, Nature and Cyberchase.

PBS member stations are known for rebroadcasting British television costume dramas, comedies and science fiction programs (acquired from the BBC and other sources) such as Downton Abbey; ‘Allo ‘Allo!; Are You Being Served?; The Benny Hill Show, Red Dwarf; The Fall and Rise of Reginald Perrin; Father Ted; Fawlty Towers; Harry Enfield and Chums; Keeping Up Appearances; Monty Python’s Flying Circus; Mr. Bean and Doctor Who; consequently, this has led to jocular references that the service’s name stands for “Primarily British Series”. However, a significant amount of sharing takes place. The BBC and British broadcasters such as Channel 4 often cooperate with PBS stations, producing material that is shown on both sides of the Atlantic. Less frequently, Canadian, Australian and other international programming appears on PBS stations (such as The Red Green Show, currently distributed by syndicator Executive Program Services); public broadcasting syndicators are more likely to offer this programming to U.S.-based public television stations. 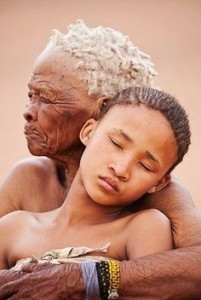 PBS is not the only distributor of public television programming to the member stations. Other distributors have emerged from the roots of companies that maintained loosely held regional public television stations in the 1960’s. Boston-based American Public Television (which among other names, was formerly known as Eastern Educational Network and the American Program Service) is second only to PBS for distributing programs to U.S. non-commercial stations. Another distributor is NETA (formerly SECA), whose properties have included The Shapies and Jerry Yarnell School of Fine Art. In addition, the member stations themselves also produce a variety of local shows, some of which subsequently receive national distribution through PBS or other distributors.

Rerun programming is generally uncommon on PBS or its member stations, with some exceptions. The Lawrence Welk Show has aired continuously in reruns on PBS (through the Oklahoma Educational Television Authority) almost every weekend since 1986. Other program that have been aired in reruns are generally past PBS series whose hosts have retired or are now deceased (for example, The Joy of Painting and Mister Rogers’ Neighborhood) or have simply ended production (such as DragonflyTV and Clifford the Big Red Dog). 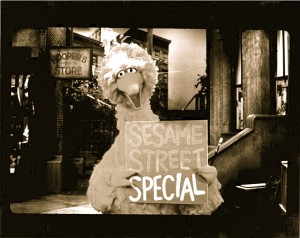 Launched in 1994, PBS Kids is the brand for children’s programs aired by PBS. The PBS Kids network, which was launched in 1999 and operated until 2006, was largely funded by satellite provider DirecTV. The channel ceased operations on October 1, 2005, in favor of PBS Kids Sprout, a commercial digital cable and satellite television channel originally operated as a joint venture with Comcast, Sesame Workshop and Apax Partners (NBCUniversal, which Comcast acquired in 2011, later acquired the other partners’ interests in the channel in 2012). However, the original programming block still exists on PBS, filling daytime and in some cases, weekend morning schedules on its member stations; many members also carry 24-hour locally programmed children’s networks featuring PBS Kids content on one of their digital subchannels.

As PBS is often known for doing, PBS Kids has broadcast imported series from other countries; these include British series originally broadcast by the BBC and ITV (such as Rosie and Jim, Tots TV, Teletubbies, Boohbah and Thomas the Tank Engine), as well as several Canadian programs (such as Theodore Tugboat). Through American Public Television, many PBS stations also began airing the Australian series Raggs on June 4, 2007. Some of the programs broadcast as part of the service’s children’s lineup or through public broadcast syndication directly to its members have subsequently been syndicated to commercial television outlets (such as Ghostwriter and The Magic School Bus).

Many PBS member stations and networks – including Mississippi Public Broadcasting, Georgia Public Broadcasting, Maine Public Broadcasting Network, Nebraska Educational Telecommunications and WKYU-TV – locally broadcast high school and college sports. From the 1980’s onward, the national PBS network has not typically carried sporting events, mainly because the broadcast rights to most sporting events have become more cost-prohibitive in that timeframe, especially for nonprofits with limited revenue potential; in addition, starting with the respective launches of the MountainWest Sports Network and Big Ten Network in 2006 and 2007, athletic conferences have acquired local sports rights for their cable channels, restricting their use from PBS member stations, even those associated with their own university.

From 1976 to 1988, KQED produced a series of Bundesliga matches under the banner Soccer Made in Germany, with Toby Charles announcing. PBS also carried tennis events, as well as Ivy League football. Notable football commentators included Upton Bell, Marty Glickman, Bob Casciola, Brian Dowling, Sean McDonough and Jack Corrigan. Other sports programs included interview series such as The Way It Was and The Sporting Life.