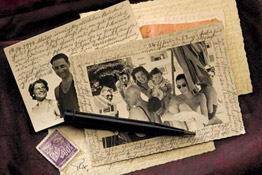 Oral history is the collection and study of historical information about individuals, families, important events, or everyday life using audiotapes, videotapes, or transcriptions of planned interviews. These interviews are conducted with people who participated in or observed past events and whose memories and perceptions of these are to be preserved as an aural record for future generations. Oral history strives to obtain information from different perspectives, and most of these cannot be found in written sources. Oral history also refers to information gathered in this manner and to a written work (published or unpublished) based on such data, often preserved in archives and large libraries. 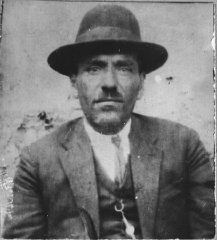 Portrait of David Aruti, son of Isak Aruti. He was a merchant and lived at Zvornitska 26 in Bitola.

Oral history began with a focus on national leaders, but has expanded to include groups representing the entire population. Scientists, for example, have been covered in numerous oral history projects. Doel (2003) discusses the use of oral interviews by scholars as primary sources, He lists major oral history projects in the history of science begun after 1950. Oral histories, he concludes, can augment the biographies of scientists and help spotlight how their social origins influenced their research. Doel acknowledges the common concerns historians have regarding the validity of oral history accounts. He identifies studies that used oral histories successfully to provide critical and unique insight into otherwise obscure subjects, such as the role scientists played in shaping US policy after World War II. Interviews furthermore can provide road maps for researching archives, and can even serve as a fail-safe resource when written documents have been lost or destroyed.   Launius (2003) shows the huge size and complexity of the The National Aeronautics and Space Administration (NASA) oral history program since 1959. NASA systematically documented its operations through oral histories. They can help to explore broader issues regarding the evolution of a major federal agency. The collection consists primarily of oral histories conducted by scholars working on books about the agency. Since 1996, however, the collection has also included oral histories of senior NASA administrators and officials, astronauts, and project managers, part of a broader project to document the lives of key agency individuals. Launius emphasizes efforts to include such less-well-known groups within the agency as the Astrobiology Program, and to collect the oral histories of women in NASA.

Contemporary oral history involves recording or transcribing eyewitness accounts of historical events. Some anthropologists started collecting recordings (at first especially of Native American folklore) on phonograph cylinders in the late 19th century. In the 1930s, the Federal Writers’ Project—part of the Works Progress Administration (WPA)—sent out interviewers to collect accounts from various groups, including surviving witnesses of the Civil War, slavery, and other major historical events.   The Library of Congress also began recording traditional American music and folklore onto acetate discs. With the development of audio tape recordings after World War II, the task of oral historians became easier.

In 1946, David P. Boder, a professor of psychology at the Illinois Institute of Technology in Chicago, traveled to Europe to record long interviews with “displaced persons”—most of them Holocaust survivors. Using the first device capable of capturing hours of audio—the wire recorder—Boder came back with the first recorded Holocaust testimonials and in all likelihood the first recorded oral histories of significant length.

Many state and local historical societies have oral history programs. Sinclair Kopp (2002) report on the Oregon Historical Society’s program. It began in 1976 with the hiring of Charles Digregorio, who had studied at Columbia with Nevins. Thousands of sound recordings, reel-to-reel tapes, transcriptions, and radio broadcasts have made it one of the largest collections of oral history on the Pacific Coast. In addition to political figures and prominent businessmen, the Oregon Historical Society has done interviews with minorities, women, farmers, and other ordinary citizens, who have contributed extraordinary stories reflecting the state’s cultural and social heritage. Hill (2004) encourages oral history projects in high school courses. She demonstrates a lesson plan that encourages the study of local community history through interviews. By studying grassroots activism and the lived experiences of its participants, her high school students came to appreciate how African Americans worked to end Jim Crow laws in the 1950s.

Naison (2005) describes the Bronx African American History Project, an oral community history project developed by the Bronx County Historical Society. Its goal was to document the histories of black working- and middle-class residents of the South Bronx neighborhood of Morrisania in New York City since the 1940’s.