You are here: Home / Colleges and Universities / Education / Magnificent May 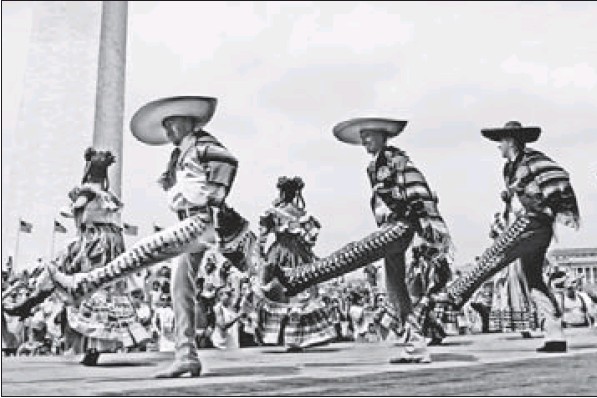 The fifth month of the year is filled with fun things to do. Members of the Maru Montero Dance Company perform for a Cinco de Mayo festival in Washington DC last year.

THE month of May, the fifth month on the Gregorian calendar, is named for Maia, the Roman fertility goddess, and appropriately so. While spring, the season in which the natural world comes to life from the long death of winter, technically starts in the northern hemisphere on March 21, it really takes until May for Mother Nature to catch up.

This fertility theme is also recognized by Christians, who have dedicated the month of May to Mary, the Blessed Virgin, mother of Jesus Christ. The Roman Catholic church holds a crowning ceremony for Mary and celebrates her throughout the month. Catholics also recognize May 13 as the day they believe, in 1917, cMary made her first appearance, in the form of an apparition or vision, to three children at Fatima, Portugal. And Mother Day falls during the month of May.

In the United States, May is filled with fun traditions and customs that, in one way or another, herald the arrival of spring. The Kentucky Derby, the grandest throroughbred horse race in the country, is held in Louisville, KY. In Indianapolis, racecar fans celebrate the Indy 500.

Americans also like to celebrate the Mexican contribution to our culture on Cinco de Mayo, May 5. Although the date refers to a historical Mexican military victory, it is not a major holiday in Mexico.

In the US, May ends with Memorial Day, a national holiday honoring our war dead, recognized the last Monday of the month. Memorial Day weekend is also considered the informal kick-off of the summer season.

Outside of the United States, the month of May has deep ties to the cause of workers and labor. May 1 is honored as May Day, or International Workers Day, in many countries throughout the world. It is often a day of protests and demonstrations among workers on behalf of safe working environments, fair wages, the protection of workers rights, and celebrates working men and women everywhere. Each country recognizes May Day in its own way. In Japan, the first week of May is Golden Week during which workers are essentially on vacation. Here are more May facts: n May is National Jewish Heritage month, National Asian-Pacific Heritage month, National Skin Cancer Awareness month and National Mental Health Awareness month.

nEurope celebrates VE Day, or Victory in Europe Day, on May 8, commemorating the Allied victory in World War II, specifically the date in 1945 when Nazi Germany unconditionally surrendered to Allied forces.

If you were born in May, your astrological sign is either Taurus or Gemini and your birthstone is the emerald.