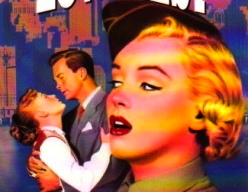 http://www.youtube.com/user/SGTG77 1951 Marilyn’s second movie under her new fox contract. Marilyn played the role of sexy Roberta Stevens a former WAC who lives upstairs from a male friend who is married. 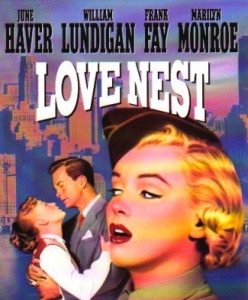 The post-World War II comedy features an early supporting role for Monroe. It is one of the few films Paar made prior to his television career, and the last film appearance by Fay, who had been a popular stage comedian in 1920s and revived his career starring in the long-running Broadway comedy Harvey. It was also the last appearance by silent star Leatrice Joy.

The film borrows its name from the popular old song Love Nest with music by Louis Hirsch and lyrics by Otto A. Harbach. The song is sung by a chorus over the opening credits and was used as a theme song for The Burns and Allen Show on both radio and TV.