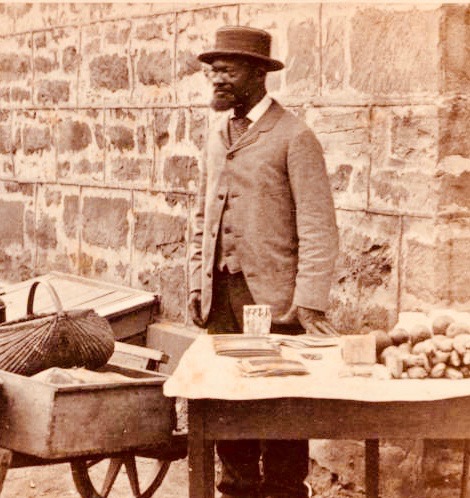 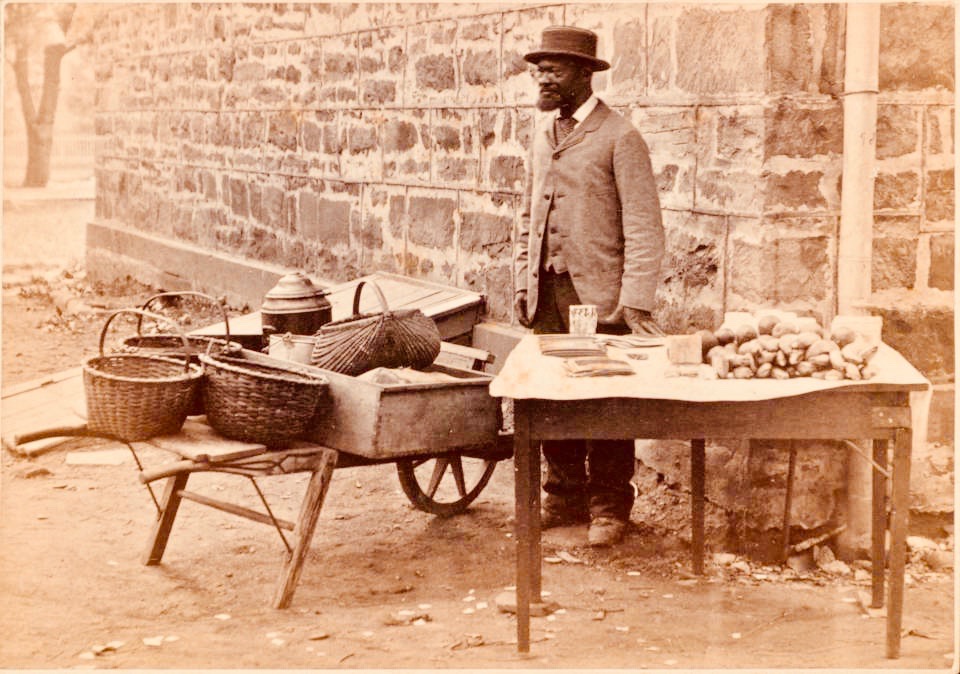 James Collins “Jimmy” Johnson was a fugitive slave from Maryland who worked on the Princeton University campus for more than 60 years, first as a janitor and then as a vendor of fruits, candies and other snacks that he sold to the students from a wheelbarrow. He died in 1902. Photo courtesy University Archives, Princeton University Library

Ex-Slaves talk about Slavery in the USA

A story done by ABC News in 1999 about slavery as told by people who were slaves. Recorded in the 1940’s.

Johnson arrived in Princeton in 1839 and worked as a janitor until 1843, when he was recognized by a student who alerted his previous owner, who had him tried as a runaway slave. Following the trial, a local woman (a great-granddaughter of John Witherspoon and a granddaughter of Samuel Stanhope Smith, both Princeton presidents) paid about $500 for his freedom, and students of the college took up a collection that raised $100 to help him start a business. He opened a used clothing and furniture store on Witherspoon Street and obtained the right to sell snacks on campus.

According to an article in the Princeton Alumni Weekly, “For some of the white students who encountered him, Johnson left a lasting impression as a font of humor and wisdom. … For many African Americans in Princeton, Johnson’s persistence and entrepreneurship served as a model for the development of businesses and social activities that provided them some measure of dignity and economic success…”

In recommending the arch be named for Johnson, the Naming Committee said “we believe his story should be brought to the attention of future generations of Princetonians by associating his name with an arch that looks out on the places where he befriended students and sold his wares, but also one that looks out at the statue of John Witherspoon, one of the first nine Princeton presidents, all of whom were slaveholders at one point in their lives. Johnson’s experiences with Princeton students, both being turned into authorities as a fugitive slave and being befriended and defended, reflect the complex history on our campus with African Americans and with the institution of slavery.”

A photo exhibit about Johnson, sponsored by the Campus Iconography Committee, will be on display beginning the week of April 30 in the Frist Campus Center, with an opening ceremony scheduled for May 1. The exhibit will be free and open to the public.   To learn more go to the Princeton and Slavery Project link below: