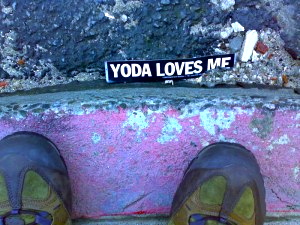 Documentary on the history of Judaism, the Bible (Torah/Tanakh) and the Jewish people of Israel. This documentary focuses on many accepts of the origins of the Jewish religion known today as Judaism, as well as the historical and archeological proof that the Jews are Canaanites in origin. The Bible and other historical records have proven that the Hebrew Israelites were Canaanites themselves who seperated themselves from the “higher class” Canaanite rulers who were pagans. These Canaanites who began believing in only one God became known as the Hebrew Israelites and later in history as Jews (Judeans) and Samaritans. From there the documentary focuses on how Judaism evolved during the Assyrian and Babylonian exile and so on. 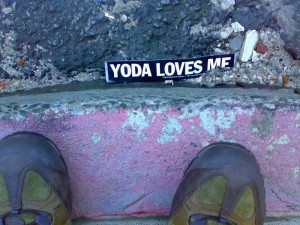 Jediism is a nontheistic new religious movement based on the philosophical and spiritual ideas of the Jedi as depicted in Star Wars media.

Although inspired by elements of Star Wars, Jediism has no founder or central structure.

Early websites dedicated to drawing a belief system from the Star Wars films were “The Jedi Religion” and “Jediism”. These websites cited the Jedi code, consisting of 21 maxims, as the starting point for a “real Jedi” belief system.

The Temple of the Jedi Order, which was registered in 2005 in Texas as a non-profit organization, has promulgated a code, “The 16 Teachings of the Jedi.”

Although followers of Jediism acknowledge the influence of Star Wars on their religion, by following the moral and spiritual codes demonstrated by the fictional Jedi, they also insist their path is different from that of the fictional characters and that Jediism does not focus on the myth and fiction found in Star Wars.  The Jedi follow the “16 teachings”, which are based on the presentation of the fictional Jedi, as well as “21 maxims.”

Jediism received press coverage following a worldwide email campaign in 2001 urging people to write “Jedi” as their answer to the religion classification question in their country’s census. The majority of such respondents are assumed to have claimed the faith as a joke.

In the 2001 England and Wales census, 390,127 respondents indicated Jediism as their faith.  2012 census figures had dropped to 176,632, although this was still more common than some other “alternative” faiths, and was the seventh most common response overall.

The Australian Bureau of Statistics chose not to recognise Jediism as a religion, and the decline in subsequent years was seen as an indication that it was a transitory “fad.” Statistics New Zealand assigned Jedi an official religion code, but noted that the total was combined with groups such as “The Church of Elvis” and “Rugby, Racing and Beer” under “responses deemed outside the scope of recognised religions.” An SNZ spokeswoman noted that there was no “magic number” of followers which would turn a census result into a religion.

The phenomenon attracted the attention of sociologist of religion Adam Possamai who analyzed Jediism in the framework of what he dubs “hyper-real religion.”

During the drafting of the UK Racial and Religious Hatred Act, an amendment was proposed that excluded Jedi Knights from any protection, along with Satanists and believers in animal sacrifice. The amendment was subsequently withdrawn, the proposer explaining that it was “a bit of a joke” to illustrate a point that defining religious belief in legislation is difficult.

In 2008, 23-year-old Daniel Jones founded the “International Church of Jediism” with his brother Barney, believing that the 2001 UK census recognised Jediism as a religion, and that there were “more Jedi than Scientologists in Britain.”  In 2009, Jones was removed from a Tesco supermarket in Bangor, North Wales, for refusing to remove his hood on a religious basis. The owner justified Jones’s ejection by saying, “He hasn’t been banned. Jedis are very welcome to shop in our stores although we would ask them to remove their hoods. Obi-Wan Kenobi, Yoda and Luke Skywalker all appeared hoodless without ever going over to the Dark Side and we are only aware of the Emperor as one who never removed his hood.”

In 2010, a man who described himself as a “Star Wars follower” and “Jedi Knight” was thrown out of a Jobcentre inSouthend, Essex, for refusing to remove his hood, and later received an apology. The man said that “The main reason is I want to wear my hood up and I have got a religion which allows me to do that.”