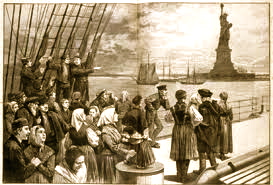 And They Came to Chicago traces the over 150 years of Italians settlement in Chicago, from early settlers who laid the foundation for burgeoning enclaves to contributions to business, politics, the arts and culture. Combining rare historical footage and images, interviews with prominent Italian Americans, authors and historians, and individuals who offer personal tales of growing up in Chicago’s Italian neighborhoods, And They Came To Chicago journeys to the heart of one of the city’s most vibrant, and misunderstood, communities for an unforgettable look at their rich and complex legacy.

Act I: Profiles Italian immigrants who settled in Chicago in 1850, early successes in business and subsequent struggles for acceptance in labor unions, the mass exodus of Southern Italians following Italy’s unification and the World’s Columbia Exposition in 1893.

Act II: The formation of Chicagos major Italian settlements including a look at Black Hand crime, religious institutions, the anti-immigrant backlash, Prohibition, World War I, and the trial and execution of Italian anarchists Nicola Sacco and Bartolomeo Vanzetti.

Act III: The Great Depression and its impact on Italian communities, Italo Balbo’s celebrated flight to Chicago during the 1933 Century of Progress, religious feasts, World War II and the Our Lady of Angels Fire on Chicago’s Northwest side. 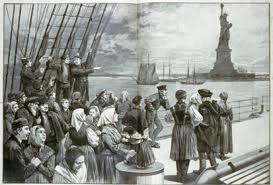 About 5.5 million Italians immigrated to the U.S. from 1820 to 2004.  The greatest surge of immigration, which occurred in the period between 1880 and 1920, alone brought more than 4 million Italians to America. About 80% of the Italian immigrants came from Southern Italy, especially from Sicily, Campania, Abruzzo and Calabria. This was a largely agricultural and overpopulated region, where much of the populace had been impoverished by centuries of foreign misrule, and the economic measures imposed on the South after Italian unification in 1861.   After unification, the Italian government initially encouraged emigration to relieve economic pressures in the South. In the U.S., most Italians began their new lives as unskilled, manual workers in Eastern cities, mining camps and in agriculture.   Italian Americans gradually moved from the lower rungs of the economic scale in 1890-1910 to a level comparable to the national average by 1970. By 1990, more than 65% of Italian Americans were managerial, professional, or white-collar workers.   The Italian-American communities have often been characterized by strong ties with family, the Catholic Church, fraternal organizations and political parties.   Today, over 17 million Americans claim Italian ancestry.

Italians and their descendents in America helped shape the country, and were in turn shaped by it. No common identity is shared by all Italian Americans; rather, they are as diverse as the American population itself. They have gained prominence in politics, sports, the media, the fine arts, the culinary arts, and numerous other fields of endeavor. 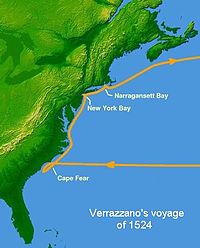 Italians and their descendants played a key role in the discovery, exploration and settlement of the Americas. The fact that English is the language spoken in the United States can be directly attributed to England’s claims in North America, based on the voyages of the Italian explorer Giovanni Caboto (John Cabot). The Italian explorer Giovanni da Verrazzano was the first European to enter New York Bay. The first Italian to reside in America was Pietro Cesare Alberti, a Venetian seaman who, in 1635, settled in what would eventually become New York City. A group of 200 Waldensians arrived from Italy in 1640 in search of a more hospitable place to practice their religion. The Taliaferro family, originally from Venice, was one of the first families to settle in Virginia.

These were joined by a small but steady stream of new arrivals, some of whom had been invited to come to America because they possessed much needed skills in agriculture and the making of glass, silk and wine. Others came because of their musical abilities as teachers and performers, such as the group of Italian musicians Thomas Jefferson invited to come to form a military band, which later became the nucleus of the U.S. Marine Band.   Still others came as adventurers, explorers, military engineers, missionaries and political refugees.

These early arrivals settled in many different areas, but constituted a relatively small part of the American population as a whole. However, their contributions were very significant in the founding and settling of the country. Filippo Mazzei, a physician and promoter of liberty, was a close friend and confidant of Thomas Jefferson. He published a pamphlet containing the phrase: “All men are by nature equally free and independent”, which Jefferson incorporated essentially intact into the Declaration of Independence. Italian artists and sculptors were brought to Washington to work on the new Capitol building and to create some of its major monuments. Constantino Brumidi created the frescoed interior of the Capitol dome, and spent the rest of his life executing still other artworks to beautify the Capitol. 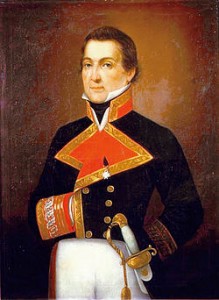 Numerous Italians in the employ of Spain and France, whose territorial claims in America were based on the voyages of Italian navigators, were involved in exploring and mapping these territories, and in establishing settlements. Alessandro Malaspina explored and mapped much of the west coast of the Americas, from Cape Horn to the Gulf of Alaska. The southwest and California were explored and mapped by Eusebio Kino (Chino), an Italian priest. Henri de Tonti (Enrico de Tonti), together with the French explorer LaSalle, explored the Great Lakes region. De Tonti founded the first European settlement in Illinois in 1679, and in Arkansas in 1683. With LaSalle, he co-founded New Orleans, and was governor of the Louisiana Territory for the next 20 years. His brother Alphonse de Tonty (Alphonso de Tonti), with Antoine Cadillac, was the co-founder of Detroit, and its colonial governor for 12 years. The route to the source of the Mississippi was discovered by Giacomo Beltrami while exploring the territory that was later to become Minnesota.

Since France and Spain were Catholic countries, many missionaries were sent by the Catholic Church to convert the native population to Christianity and to provide for the spiritual needs of the settlers. Among these were numerous Italians. Alessandro Geraldini was the first Catholic bishop in the Americas. Father Francesco Bessani labored among the Algonquin and Huron Indians in the early 17th century. Later, Italian missionaries of the Jesuit and Franciscan orders, were active in many parts of America, and especially in the west. Italian Jesuits founded numerous missions, schools and five colleges in the west, subsequently to become Jesuit universities (San Francisco, Seattle, Gonzaga, Santa Clara and Regis). The Italian Jesuits also laid the foundation for the wine-making industry that would later flourish in California. In the east, the Italian Franciscans founded hospitals, orphanages, schools, and a college that later became St. Bonaventure University. Samuel Mazzuchelli, a missionary and expert in Indian languages, ministered to whites and Indians in Wisconsin and Iowa for 34 years and, after his death, was declared Venerable by the Catholic Church. Joseph Rosati was named the first Catholic bishop of St. Louis in 1824. Father Charles Constantine Pise, a Jesuit, served as Chaplain of the Senate from 1832 to 1833, the only Catholic priest ever chosen to serve in this capacity. 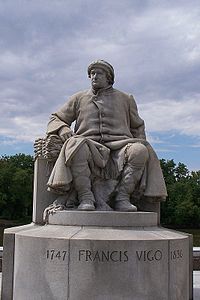 Italian Americans served in the Revolutionary and Civil Wars, both as soldiers and officers. Francesco Vigo aided colonial forces during the American Revolutionary War by being one of the foremost financiers of the Revolution in the Northwest. Later, he was a co-founder of Vincennes University in Indiana. Six Italian Americans received the Congressional Medal of Honor during the Civil War, among whom was Colonel Luigi di Cesnola, later to become the first director of the Metropolitan Museum of Arts in New York.

The early arrivals were scattered throughout the country, with the largest concentration of Italian Americans being in the northeast. It was there that recognition of their common Italian roots and culture was the greatest. The first opera house in the country opened in 1833 in New York through the efforts of Lorenzo Da Ponte, Mozart’s former librettist, who had immigrated to America. The first Italian American newspaper, “L’Eco d’Italia” was published in New York in 1849 by Francesco de Casale. The first Columbus Day celebration was organized by Italian Americans in San Francisco in 1869. Italian American involvement in politics had already begun. In 1837 John Phinizy (Finizzi) became the mayor of Augusta, Georgia. In 1880 Anthony Ghio became the mayor of Texarkana, Texas. Francis Spinola, the first Italian American to serve in Congress, was elected in 1887 from New York. An immigrant, Antonio Meucci, brought with him in 1845 a concept for the telephone. He is credited by many researchers with being the first to demonstrate the principle of the telephone; however, considerable controversy exists relative to the priority of invention, with Alexander Graham Bell also being accorded this distinction.

The main period of immigration

Mulberry Street, along which New York City’s Little Italy is centered. Lower East Side, circa 1900.

The newly created Italian constitution, drafted after unification in 1861, heavily favored the North. This caused economic conditions to considerably worsen for many in southern Italy and Sicily. Heavy taxes and other economic measures imposed on the South made the situation virtually impossible for many tenant farmers, and small business and land owners. Multitudes chose to emigrate rather than try to eke out a meager living. Often, the father and older sons would go first, leaving the mother and the rest of the family behind until the male members could afford their passage.

From 1880 to 1920, an estimated 4 million Italian immigrants arrived in the United States, the majority from 1900 to 1914. Once in America, the immigrants faced great challenges. Often with no knowledge of the English language and with little education, many of the immigrants were compelled to accept the poorest paying and most undesirable jobs, and were frequently exploited by the middlemen who acted as intermediaries between them and the prospective employers.   Many sought housing in the older sections of the large northeastern cities in which they settled, which became known as “Little Italies”, often in overcrowded substandard tenements. About a third of the immigrants, so called “birds of passage”, intended to stay in the United States for only a limited time, followed by a return to Italy with enough in savings to re-establish themselves there.   While many did return to Italy, others chose to stay, or were prevented from returning by the outbreak of World War I.