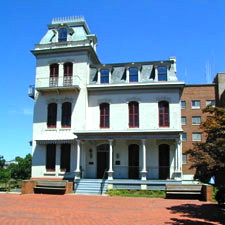 Opened in 1910, the Howard Theatre was known for catering to an African-American clientele, and played host to many of the great black musical artists of the early and mid-twentieth century. The Howard was billed as the “Theater of the People”, and played host to two theatrical organizations, the Lafayette Players and the Howard University Players.

In November 1866, shortly after the end of the Civil War, members of the First Congregational Society of Washington considered establishing a theological seminary for the education of African-American clergymen. Within a few weeks, the concept expanded to include a provision for establishing a University. Within two years, the University consisted of the colleges of Liberal Arts and Medicine. The new institution was named for General Oliver O. Howard, a Civil War hero who was both a founder of the University and, at the same time, commissioner of the Freedman’s Bureau. 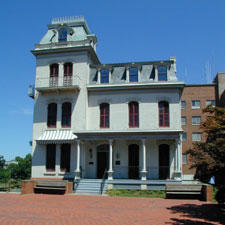 In 1926, when Dr. Mordecai Wyatt Johnson, Howard’s first black president, assumed the presidency of Howard, the University was comprised of eight schools and colleges, none of which held national accreditation. The institution’s enrollment during this year stood at 1,700 and its budget at $700,000. By the time Johnson retired 34 years later, the University boasted of 10 schools and colleges, all fully accredited; 6,000 students; a budget of $8 million, the addition of 20 new buildings including an expanded physical plant; and a greatly enlarged faculty that included some of the most prominent black scholars of the day. Another key indicator of the University’s enhanced academic status was the 1955 inauguration of graduate programs that had the authority to grant the Ph.D degree. 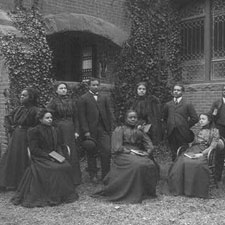 Dr. Johnson’s successor was Dr. James M. Nabrit, Jr. who was previously Secretary of the University and Dean of the Law School. A leading constitutional lawyer and educator, Dr. Nabrit established at Howard in 1938, what is generally considered the first systematic course in civil rights in an American law school.

In 1969, Dr. Nabrit was succeeded by Dr. James E. Cheek, who had previously served as President of Shaw University in Raleigh, North Carolina. Dr. Cheek retired in June 1989. He was followed by an Interim President, Dr. Carlton P. Alexis, a physician/administrator who had been the University’s Executive Vice President and before that, its Vice President for Health Affairs.

On December 16, 1989, the Board of Trustees announced the appointment of Dr. Franklyn G. Jenifer to head the University. Upon his inauguration, Dr. Jenifer became the first Howard alumnus to head the University in its 123-year history. Dr. Jenifer served through May 15, 1994, when the Board of Trustees appointed Dr. Joyce A. Ladner as interim President. Dr. Ladner was the former Vice President for Academic Affairs and had also served as a professor in the School of Social Work. 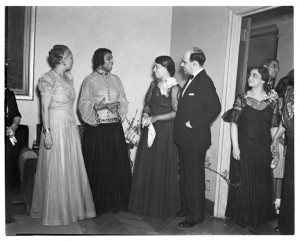 In May 2008, the Howard University Board of Trustees announced the appointment of Dr. Sidney A. Ribeau as the 16th president of Howard University, to lead the institution into a new phase of growth as the nation’s premier Historically Black College and University. Dr Ribeau began his tenure on August 1, 2008.

Today, Howard University is one of only 48 U.S. private, Doctoral/Research-Extensive universities, comprising 12 schools and colleges with 10,500 students enjoying academic pursuits in more than 120 areas of study leading to undergraduate, graduate, and professional degrees. The University continues to attract the nation’s top students and produces more on-campus African-American Ph.D.s than any other university in the world. Since 1998, the University has produced a Rhodes Scholar, A Truman Scholar, six Fulbright Scholars and nine Pickering Fellows.