You are here: Home / Colleges and Universities / Education / History of Rowan University 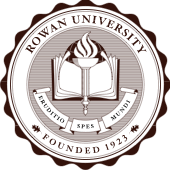 The History Behind Cooper Medical School of Rowan University

Exploring the partnership of two of South Jersey’s leading institutions, whose proud paths have come together to form a new mission – to create the Cooper Medical School of Rowan University.

In the early part of the 20th century, there was a shortage of properly trained teachers in the state of New Jersey. It was decided to build a two-year Normal school in the southern part of the state to counter the trend. Among the candidate towns, Glassboro became the location due in no small part to its easy access to passenger rail as well as its offer to donate 25 acres (100,000 m2) of land to the state for the purpose of building the Normal school. The 1917 purchase price of the land was raised by the residents of the town ($7,000 at the time, over $116,000 in 2009 dollars) and used to purchase a tract that belonged to the Whitney family, who owned the local glassworks during the 19th century.

In 1923 the Glassboro Normal School opened, with a class of 236 female students arriving at the train station in front of Bunce Hall. With the evolution of teacher training the school became a four-year program in 1934; in 1937 the school was renamed The New Jersey State Teachers College at Glassboro and became co-educational shortly thereafter.

The college was one of the first in the country to begin programs for teachers for reading disabilities and physical therapy in 1935 and 1944, respectively. Glassboro State began to develop a reputation as a leader in special education and after several years and the return of soldiers from World War II the college was able to expand its enrollment from a wartime low of 170 in 1943 to an expansion of several additional campus buildings and academic programs over the next 15 years and became Glassboro State College in 1958.

Rowan University is a public university in Glassboro, New Jersey, USA with a satellite campus in Camden, New Jersey. The school was founded in 1923 as Glassboro Normal School on a twenty-five acre tract of land donated by the town. The school became New Jersey State Teachers College at Glassboro in the 1930s, and later became Glassboro State College in 1958, gaining a national reputation in the fields of reading and special education. Starting in the 1970s, it grew into a multi-purpose institution, adding programs in business, communications, engineering and became the first public university in New Jersey with a medical school in 2011.

It was renamed Rowan College of New Jersey in 1992, after Henry Rowan and his wife Betty gave $100 million to the school, at the time the largest gift to a public college. It became Rowan University on March 21, 1997, when it won approval for university status from the New Jersey Commission on Higher Education.