You are here: Home / Africa TV / Media / History of Africa 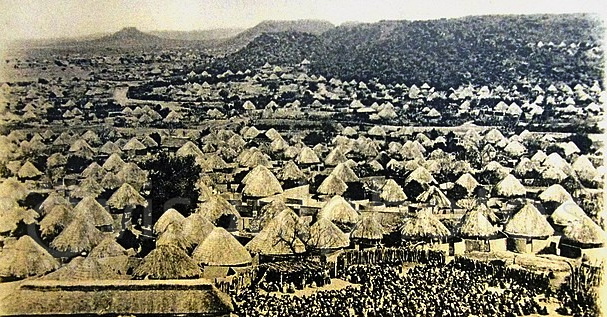 Introduction to Colonialism in Africa

An introduction to the colonization of Africa by European imperial powers such as France and Great Britain, and an explanation of how the “Scramble for Africa” led to the First World War. 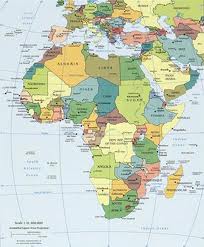 The History of Africa begins withthe prehistory of Africa and the emergence of Homo sapiens in East Africa, continuing into the present as a patchwork of diverse and politically developing nation states. Some early evidence of agriculture in Africa dates from 16,000 BCE, and metallurgy from about 4000 BCE. The recorded history of early civilization arose in Egypt, and later in Nubia, the Maghreb and the Horn of Africa. During the Middle Ages, Islam spread through the regions. Crossing the Maghreb and the Sahel, a major center of Muslim culture was Timbuktu. Some notable pre-colonial states and societies in Africa include the Nok culture, Mali Empire, Ashanti Empire, Kingdom of Mapungubwe, Kingdom of Sine, Kingdom of Saloum, Kingdom of Baol, Kingdom of Zimbabwe, Kingdom of Kongo, Ancient Carthage, Numidia,Mauretania, the Aksumite Empire, the Ajuuraan State and the Adal Sultanate.

From the late 15th century, Europeans and Arabs took slaves from West, Central and Southeast Africa overseas in the African slave trade.  European colonization of Africa developed rapidly in the Scramble for Africa of the late 19th and early 20th centuries. Following struggles for independence in many parts of the continent, as well as a weakened Europe after the Second World War; decolonization took place.

Africa’s history has been challenging for researchers in the field of African studies because of the scarcity of written sources in large parts of sub-Saharan Africa. Scholarly techniques such as the recording of oral history, historical linguistics, archaeology and genetics have been crucial.

The first hominids evolved in Africa. According to paleontology, the early hominids’ skull anatomy was similar to that of the gorilla and chimpanzee, great apes that also evolved in Africa, but the hominids had adopted a bipedal locomotion and freed their hands. This gave them a crucial advantage, enabling them to live in both forested areas and on the open savanna at a time when Africa was drying up and the savanna was encroaching on forested areas. This occurred 10 to 5 million years ago.   By 3 million years ago, several australopithecine hominid species had developed throughout southern, eastern and central Africa. They were tool users, not makers of tools. They scavenged for meat and were omnivores.

By approximately 2.3 million years ago, primitive stone tools were first used to scavenge kills made by other predators and to harvest carrion and marrow for their bones. In hunting, Homo habilis was probably not capable of competing with large predators and was still more prey than hunter. H. habilis probably did steal eggs from nests and may have been able to catch small game and weakened larger prey (cubs and older animals). The tools were classed as Oldowan.

Around 1.8 million years ago, Homo ergaster first appeared in the fossil record in Africa. From Homo ergaster, Homo erectus evolved 1.5 million years ago. Some of the earlier representatives of this species were still fairly small-brained and used primitive stone tools, much like H. habilis. The brain later grew in size, and H. erectus eventually developed a more complex stone tool technology called the Acheulean. Possibly the first hunters, H. erectus mastered the art of making fire and was the first hominid to leave Africa, colonizing most of the Old World and perhaps later giving rise to Homo floresiensis. Although some recent writers suggest that Homo georgicus was the first and most primitive hominid ever to live outside Africa, many scientists consider H. georgicus to be an early and primitive member of the H. erectus species.

African biface artifact (spear point) dated in Late Stone Age period.  The fossil record shows Homo sapiens living in southern and eastern Africa at least 100,000 and possibly 150,000 years ago. Around 40,000 years ago, the species’ expansion out of Africa launched the colonization of the planet by modern human beings. By 10,000 BCE, Homo sapiens had spread to all corners of the old world. Their migration is traced by linguistic, cultural and genetic evidence.

Around 16,000 BCE, from the Red Sea hills to the northern Ethiopian Highlands, nuts, grasses and tubers were being collected for food. By 13,000 to 11,000 BCE, people began collecting wild grains. This spread to Western Asia, which domesticated its wild grains, wheat and barley. Between 10,000 and 8000 BCE, northeast Africa was cultivating wheat and barley and raising sheep and cattle from southwest Asia. A wet climatic phase in Africa turned the Ethiopian Highlands into a mountain forest. Omotic speakers domesticated enset around 6500-5500 BCE. Around 7000 BCE, the settlers of the Ethiopian highlands domesticated donkeys, and by 4000 BCE domesticated donkeys had spread to southwest Asia. Cushitic speakers, partially turning away from cattle herding, domesticated teff and finger millet between 5500 and 3500 BCE.

In the steppes and savannahs of the Sahara and Sahel, the Nilo-Saharan speakers started to collect and domesticate wild millet and sorghum between 8000 and 6000 BCE. Later, gourds, watermelons, castor beans, and cotton were also collected and domesticated. The people started capturing wild cattle and holding them in circular thorn hedges, resulting in domestication.   They also started making pottery. Fishing, using bone tipped harpoons, became a major activity in the numerous streams and lakes formed from the increased rains.

In West Africa, the wet phase ushered in expanding rainforest and wooded savannah from Senegal to Cameroon. Between 9000 and 5000 BCE, Niger–Congo speakers domesticated the oil palm and raffia palm. Two seed plants, black-eyed peas and voandzeia (African groundnuts) were domesticated, followed by okra and kola nuts. Since most of the plants grew in the forest, the Niger–Congo speakers invented polished stone axes for clearing forest.  Most of southern Africa was occupied by pygmy peoples and Khoisan who engaged in hunting and gathering. Some of the oldest rock art was produced by them.

Just prior to Saharan desertification, the communities that developed south of Egypt in what is now modern-day Sudan were full participants in the Neolithic revolution and lived a settled to semi-nomadic lifestyle, with domesticated plants and animals.  It has been suggested that megaliths found at Nabta Playa are examples of the world’s first known archaeoastronomical devices, predating Stonehenge by some 1,000 years.  The sociocultural complexity observed at Nabta Playa and expressed by different levels of authority within the society there has been suggested as forming the basis for the structure of both the Neolithic society at Nabta and the Old Kingdom of Egypt. 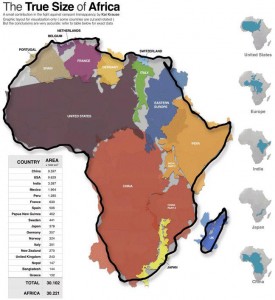 The True Size of Africa – The attached gives you a true sense of the immense size of Africa, the cradle of civilization by Z Wayne Johnson, 2013

By 5000 BCE, Africa entered a dry phase, and the climate of the Sahara region gradually became drier. The population trekked out of the Sahara region in all directions, including towards the Nile Valley below the Second Cataract, where they made permanent or semipermanent settlements. A major climatic recession occurred, lessening the heavy and persistent rains in central and eastern Africa. Since then, dry conditions have prevailed in eastern Africa.