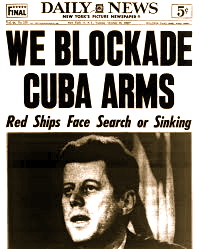 A nurse in Dallas, Texas, has become the first person to contract Ebola inside the United States. The nurse helped care for Ebola patient Thomas Eric Duncan, who died last week. Thomas Frieden, director of the Centers for Disease Control and Prevention, said the exact cause of transmission is unknown.

Thomas Frieden: “We don’t know what occurred in the care of the index patient, the original patient in Dallas. But at some point there was a breach in protocol. And that breach in protocol resulted in this infection.”

The case has raised concerns hospitals are not adequately protecting workers from Ebola. According to the union National Nurses United, 76 percent of 2,000 nurses surveyed said their hospitals had not communicated any policy to them regarding admission of potentially infected patients. The union has threatened to picket hospitals if nurses are not given protections including Hazmat suits and hands-on training.

A U.S. health official says an Ebola vaccine would likely be ready if it were not for budget cuts. Francis Collins, head of the National Institutes of Health, told The Huffington Post, “Frankly, if we had not gone through our 10-year slide in research support, we probably would have had a vaccine.”

Turkey Allows Use of Bases by U.S. Forces

Turkey has agreed to let U.S. forces use its military bases to fight Islamic State militants in Iraq and Syria. U.S. officials say Turkey also agreed to train moderate Syrian rebels. The Obama administration has been pressuring Turkey to play a greater role against the militants who are battling Kurdish fighters for control of Kobani, a key Syrian town on the Turkish border.

Anbar Province Said to Be on Verge of Falling to ISIS

Over the weekend, a triple suicide bombing in the eastern Iraqi province of Diyala killed 60 people and injured more than 120. Hours earlier, roadside bombs killed the police chief in Anbar province, just west of Baghdad. The province is reportedly on the verge of falling entirely into the hands of ISIS militants. CNN reports the Iraqi military has abandoned a key base outside the city of Heet, one of its few remaining outposts in Anbar.

See full stories on link above –

Today marks Columbus Day, a federal holiday to commemorate the arrival of Christopher Columbus to the so-called “New World” in 1492. But the holiday has long evoked sadness and anger among Native Americans, who object to honoring a man who opened the door to European colonization, the exploitation of native peoples, and the slave trade. Last Monday, the Seattle City Council unanimously adopted a resolution to celebrate the second Monday in October as Indigenous Peoples’ Day at the encouragement of indigenous activists — joining many other cities and states with non-Columbus Day holidays. “We’re making sure that we acknowledge the absolute horrors of colonization and conquering that happened in the Americas at the hands of the European so-called explorers, and Columbus was one of the primary instigators,” says socialist City Councilmember Kshama Sawant, one of the sponsors of the resolution to celebrate Indigenous Peoples’ Day. She is a member of Socialist Alternative, a nationwide organization of social and economic justice activists.