You are here: Home / Education / Politics / US Politics / From Gettysburg, Biden Calls for Healing of a ‘House Divided’ by Sydney Ember and Katie Glueck

From Gettysburg, Biden Calls for Healing of a ‘House Divided’ by Sydney Ember and Katie Glueck 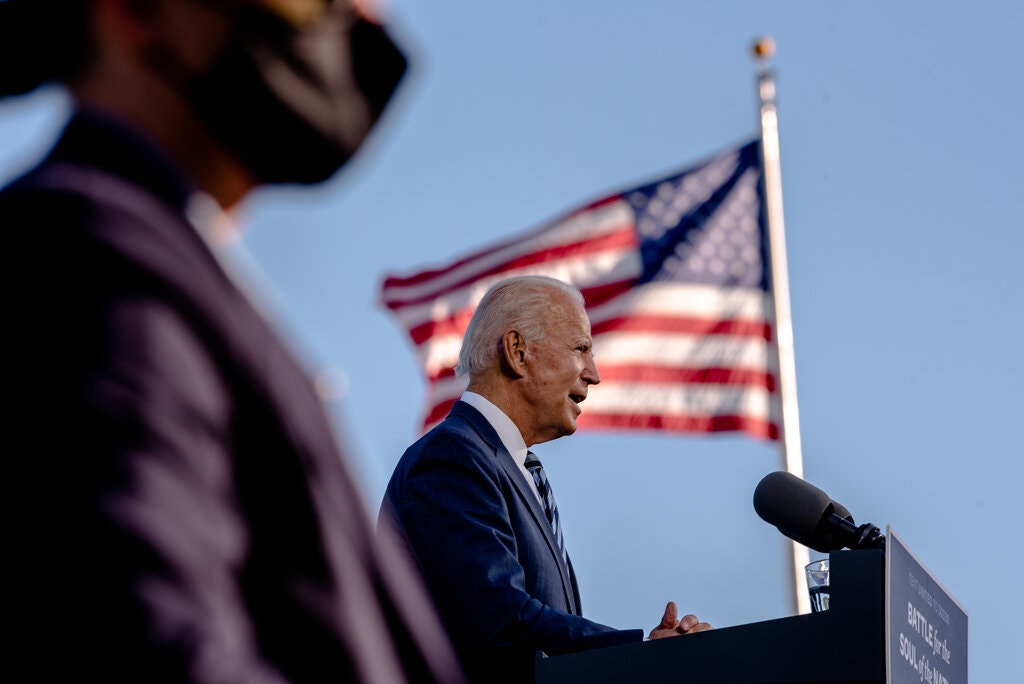 Joseph R. Biden Jr. delivered a forceful call for national unity on Tuesday from the swing state of Pennsylvania, casting the nation as a “house divided” and the election as a high-stakes contest defined by seismic issues of life-or-death consequence that, he argued, should transcend traditional partisan disagreements.

In a 22-minute speech outdoors in Gettysburg, near the Civil War battlefield that serves as a symbol of a country split against itself, Mr. Biden drew parallels between that dark time in American history and the turmoil of the current moment, saying the country was again in “a battle for the soul of the nation,” reprising a central theme of his candidacy four weeks before Election Day.

“You don’t have to agree with me on everything, or even on most things,” Mr. Biden said, to see that what “we’re experiencing today is neither good nor normal.”

In his remarks, Mr. Biden sought to present himself as a bipartisan figure, eager to paint the most searing issues of the day — the pandemic, racial injustice, economic crises — as American challenges, rather then problems that should be viewed through a political lens. The message was a striking contrast with the actions on Tuesday of Mr. Biden’s opponent, President Trump, who ended talks with Democrats about an economic stimulus bill even as millions of Americans struggle with the financial fallout of the health crisis. To read more go to the link below: