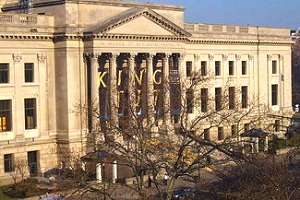 Actress portraying Titanic passenger (and survivor) Margaret “Molly” Brown (aka: “The Unsinkable”) details a small slice of what life was like aboard the Titanic on it’s fateful maiden voyage.  Actor portrayals of passengers are a regular feature of The Franklin Institute’s “Titanic: The Artifact Exhibition” open now through April 7th, 2013. Go to www.fi.edu for ticket information.

The Franklin Institute (named after the noted American scientist and statesman Benjamin Franklin) is a museum in Philadelphia, Pennsylvania, and one of the oldest centers of science education and development in the United States, dating to 1824. The Institute also houses the Benjamin Franklin National Memorial.

Many scientists have demonstrated groundbreaking new technology at The Franklin Institute. From September 2 to October 11, 1884, it hosted the International Electrical Exhibition of 1884, the first great electrical exposition in the United States.   Nikola Tesla demonstrated the principle of wireless telegraphy at the institute in 1893. The world’s first public demonstration of an all-electronic television system was later given by Philo Taylor Farnsworth on August 25, 1934. 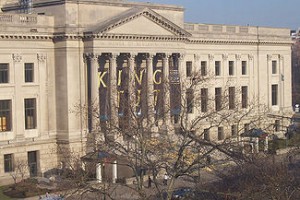 Front steps as seen from the adjacent Moore College

On March 31, 1940, press agent William Castellini issued a press release stating that the world would end the next day. The story was picked up by KYW, which reported, “Your worst fears that the world will end are confirmed by astronomers of Franklin Institute, Philadelphia. Scientists predict that the world will end at 3 p.m. Eastern Standard Time tomorrow. This is no April Fool joke. Confirmation can be obtained from Wagner Schlesinger, director of the Fels Planetarium of this city.” This caused a panic in the city which only subsided when The Franklin Institute assured people it had made no such prediction. Castellini was dismissed shortly thereafter.

In 2006, The Franklin Institute began fundraising activities for the Inspire Science! capital campaign, a $64.7 million campaign intended to fund the construction of a 53,000 square foot building addition, new exhibits, and upgrades and renovations to the existing Institute building and exhibits.

In 2011, The Franklin Institute received a $10 million gift from Athena and Nicholas Karabots towards the Inspire Science! capital campaign. This gift is the largest gift in the Institute’s history, and put The Franklin Institute within $6 million of the $64.7 million capital campaign goal. The Nicholas and Athena Karabots Pavilion will house not only a $10 million multiroom exhibit on neuroscience, but also a conference center, classroom space, and additional room for traveling exhibitions. 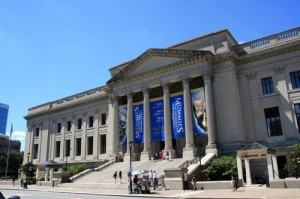 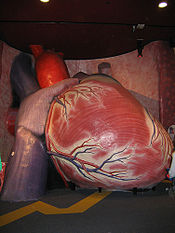