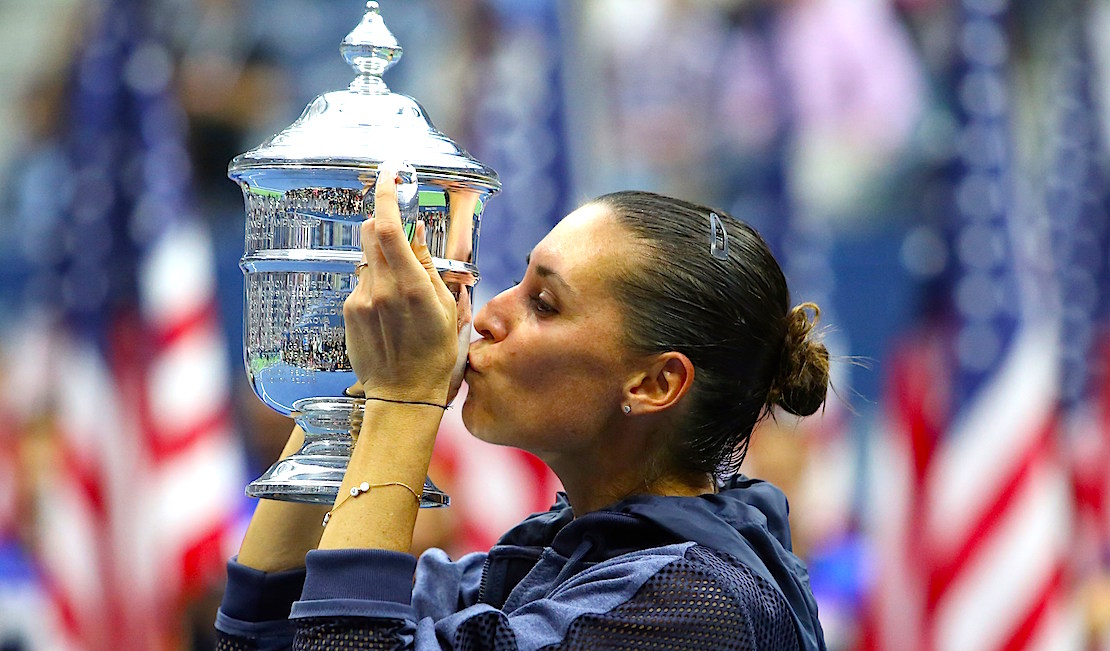 Flavia Pennetta wins the US Open and Retires

Wonderful moment to come out of the US Open final between Flavia Pennetta and Roberta Vinci. Flavia wins the title and then announces her retirement from the sport right there on the podium! 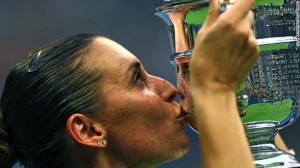 New York (CNN)It was a U.S. Open final no one expected and — in the U.S. — not many wanted but Flavia Pennetta could not care less. Pennetta beat childhood pal and fellow Italian Roberta Vinci 7-6 (4) 6-2 in the title match in New York, a day after the runner-up engineered one of the biggest shocks in tennis history by ousting Serena Williams.

Speaking of shocks, Pennetta then said in her on-court interview Saturday she was retiring from tennis. At first it was thought Pennetta was stopping now but she later told reporters she’ll finish the season.

She made the decision at a tournament in Toronto last month.

“Sometimes it’s getting hard for me to compete,” Pennetta said, referring to the mental struggle of playing tennis throughout the 11-month season.” I don’t feel to have this power anymore sometimes. 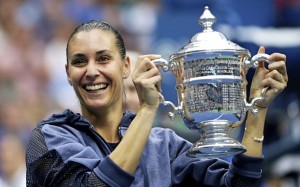 “So this is the perfect moment. Was a really hard decision to make, but I’m happy that I did it. I’m really happy and proud of myself.”

Pennetta, who will turn 34 in February and almost quit the game two years ago because of a wrist injury, became the oldest first-time grand slam champion in the Open Era.

All of Italy rejoiced having two home-grown players in the final — Italian Prime Minister Matteo Renzi even flew to the Big Apple for the unprecedented occasion — but pockets of Arthur Ashe stadium, the largest regularly used stadium in tennis with a capacity of about 23,000, were empty.

Had the U.S.’s Williams reached the final, it certainly wouldn’t have been the case. Chasing a calendar-year grand slam heading into the year’s last major, the women’s final at the U.S. Open sold out prior to the men’s for the first time. 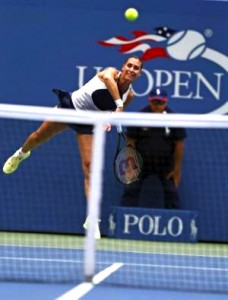 U.S.A. Today reported that after Williams topped older sister Venus in the quarterfinals, the average ticket price soared from around $600 to $1,500. After Vinci stunned Williams on Friday, though, tickets could be purchased for $45, the Associated Press reported.

Besides the omission of 21-time grand slam winner Williams, the U.S. Open final featured two players ranked outside the top 20 for the first time since rankings were introduced. They used to be, however, No. 1 players in doubles.

Fans that did show up, and they were plenty nonetheless — including actors Robert Redford and Michael Douglas — saw Pennetta handle the moment better.

She was also able to handle Vinci’s backhand slice, the most recognized part of the world No. 43’s game. The slice, at times, befuddled Williams and helped to coax 40 unforced errors Friday. 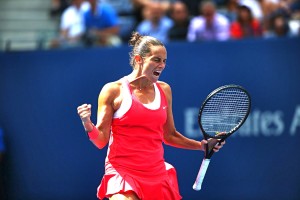 Yet the statistics always suggested Pennetta was the favorite. She was better ranked, at 26th, won one of the most prestigious tournaments outside the majors at Indian Wells last year, reached the top 10 in 2009 and held a 5-3 record versus the 32-year-old Vinci. Further, the U.S. Open has by far been her most successful grand slam.

And now she’s Italy’s second women’s grand slam singles champion, following in the quick footsteps of Francesca Schiavone, and back in the top 10.