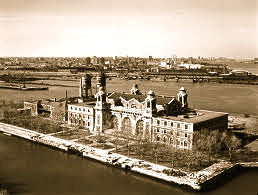 Island of Hope – Island of Tears; Charles Guggenheim; National Park Service; AVA15996VNB1 1992 (1989); From 1892-1954, Ellis Island was the port of entry for millions of European immigrants. Fascinating archival footage tells the moving story of families with dreams of opportunity, leaving their homes with what they could carry. CINE – Golden Eagle Award 1990; Columbus International Film and Video Festival – Chris Award 1990; Earthwatch; Institute Film Award – 1991; National; Educational Film & Video Festival – Bronze Apple 1991. Director: Charles Guggenheim; Producer: National Park Service; Creative Commons license: Public Domain; Credits; Uploaded by Public.Resource.Org under a joint venture with NTIS. Rebroadcast of “Island of Hope – Island of Tears” is made possible on the Internet by a grant from Joseph McFadden of Philadelphia. Between 1892 and the early 1950s, nearly 15 million people streamed through Ellis Island in search of a new life. Here are the stories of those extraordinary immigrants, largely in their own poignant words. Coming primarily from Southern and Eastern Europe, and from widely diverse backgrounds, the émigrés represented in this remarkable volume recount their adventures with dignity, wit, and unflagging honesty. 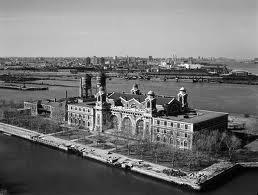 From 1892 to 1954, over twelve million immigrants entered the United States through the portal of Ellis Island, a small island in New York Harbor. Ellis Island is located in the upper bay just off the New Jersey coast, within the shadow of the Statue of Liberty. Through the years, this gateway to the new world was enlarged from its original 3.3 acres to 27.5 acres mostly by landfill obtained from ship ballast and possibly excess earth from the construction of the New York City subway system.

Before being designated as the site of the first Federal immigration station by President Benjamin Harrison in 1890, Ellis Island had a varied history. The local Indian tribes had called it “Kioshk” or Gull Island. Due to its rich and abundant oyster beds and plentiful and profitable shad runs, it was known as Oyster Island for many generations during the Dutch and English colonial periods. By the time Samuel Ellis became the island’s private owner in the 1770’s, the island had been called Kioshk, Oyster, Dyre, Bucking and Anderson’s Island. In this way, Ellis Island developed from a sandy island that barely rose above the high tide mark, into a hanging site for pirates, a harbor fort, ammunition and ordinance depot named Fort Gibson, and finally into an immigration station. 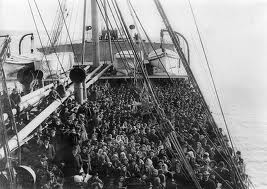 From 1794 to 1890 (pre-immigration station period), Ellis Island played a mostly uneventful but still important military role in United States history. When the British occupied New York City during the duration of the Revolutionary War, its large and powerful naval fleet was able to sail unimpeded directly into New York Harbor. Therefore, it was deemed critical by the United States Government that a series of coastal fortifications in New York Harbor be constructed just prior to the War of 1812. After much legal haggling over ownership of the island, the Federal government purchased Ellis Island from New York State in 1808. Ellis Island was approved as a site for fortifications and on it was constructed a parapet for three tiers of circular guns, making the island part of the new harbor defense system that included Castle Clinton at the Battery, Castle Williams on Governor’s Island, Fort Wood on Bedloe’s Island and two earthworks forts at the entrance to New York Harbor at the Verrazano Narrows. The fort at Ellis Island was named Fort Gibson in honor of a brave officer killed during the War of 1812. 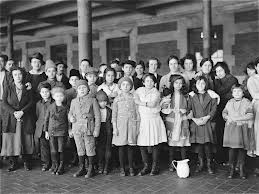 Prior to 1890, the individual states (rather than the Federal government) regulated immigration into the United States. Castle Garden in the Battery (originally known as Castle Clinton) served as the New York State immigration station from 1855 to 1890 and approximately eight million immigrants, mostly from Northern and Western Europe, passed through its doors. These early immigrants came from nations such as England, Ireland, Germany and the Scandinavian countries and constituted the first large wave of immigrants that settled and populated the United States. Throughout the 1800’s and intensifying in the latter half of the 19th century, ensuing political instability, restrictive religious laws and deteriorating economic conditions in Europe began to fuel the largest mass human migration in the history of the world. It soon became apparent that Castle Garden was ill-equipped and unprepared to handle the growing numbers of immigrants arriving yearly. Unfortunately compounding the problems of the small facility were the corruption and incompetence found to be commonplace at Castle Garden.

The Federal government intervened and constructed a new Federally-operated immigration station on Ellis Island. While the new immigration station on Ellis Island was under construction, the Barge Office at the Battery was used for the processing of immigrants. The new structure on Ellis Island, built of “Georgia pine” opened on January 1, 1892; Annie Moore, a 15 year-old Irish girl, accompanied by her two brothers entered history and a new country as she was the very first immigrant to be processed at Ellis Island on January 2. Over the next 62 years, more than 12 million were to follow through this port of entry.

While there were many reasons to emigrate to America, no reason could be found for what would occur only five years after the Ellis Island Immigration Station opened. During the evening of June 14, 1897, a fire on Ellis Island, burned the immigration station completely to the ground. Although no lives were lost, many years of Federal and State immigration records dating back to 1855 burned along with the pine buildings that failed to protect them. The United States Treasury quickly ordered the immigration facility be replaced under one very important condition. All future structures built on Ellis Island had to be fireproof. On December 17, 1900, the new Main Building was opened and 2,251 immigrants were received that day. 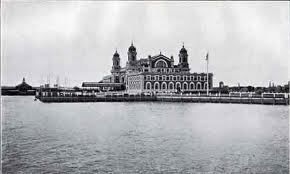 While most immigrants entered the United States through New York Harbor (the most popular destination of steamship companies), others sailed into many ports such as Boston, Philadelphia, Baltimore, San Francisco and Savannah, Miami, and New Orleans. The great steamship companies like White Star, Red Star, Cunard and Hamburg-America played a significant role in the history of Ellis Island and immigration in general. First and second class passengers who arrived in New York Harbor were not required to undergo the inspection process at Ellis Island. Instead, these passengers underwent a cursory inspection aboard ship; the theory being that if a person could afford to purchase a first or second class ticket, they were less likely to become a public charge in America due to medical or legal reasons. The Federal government felt that these more affluent passengers would not end up in institutions, hospitals or become a burden to the state. However, first and second class passengers were sent to Ellis Island for further inspection if they were sick or had legal problems. 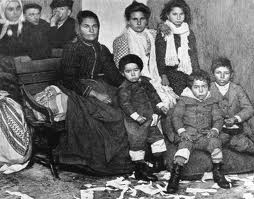 This scenario was far different for “steerage” or third class passengers. These immigrants traveled in crowded and often unsanitary conditions near the bottom of steamships with few amenities, often spending up to two weeks seasick in their bunks during rough Atlantic Ocean crossings. Upon arrival in New York City, ships would dock at the Hudson or East River piers. First and second class passengers would disembark, pass through Customs at the piers and were free to enter the United States. The steerage and third class passengers were transported from the pier by ferry or barge to Ellis Island where everyone would undergo a medical and legal inspection. 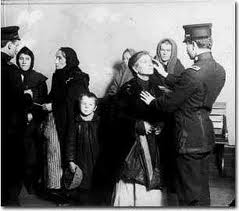 If the immigrant’s papers were in order and they were in reasonably good health, the Ellis Island inspection process would last approximately three to five hours. The inspections took place in the Registry Room (or Great Hall), where doctors would briefly scan every immigrant for obvious physical ailments. Doctors at Ellis Island soon became very adept at conducting these “six second physicals.” By 1916, it was said that a doctor could identify numerous medical conditions (ranging from anemia to goiters to varicose veins) just by glancing at an immigrant. The ship’s manifest log (that had been filled out back at the port of embarkation) contained the immigrant’s name and his/her answers to twenty-nine questions. This document was used by the legal inspectors at Ellis Island to cross examine the immigrant during the legal (or primary) inspection. The two agencies responsible for processing immigrants at Ellis Island were the United States Public Health Service and the Bureau of Immigration (later known as the Immigration and Naturalization Service – INS). On March 1, 2003, the Immigration and Naturalization Service was re-structured and included into 3 separate bureaus as part of the U.S. Department of Homeland Security. For more information on these three bureaus and their mission, visit their websites at the following: