You are here: Home / Education / Women Who Made History / Cori ‘Coco’ Gauff keeps on winning at Wimbledon: Makes History by David K. Li and Blayne Alexander 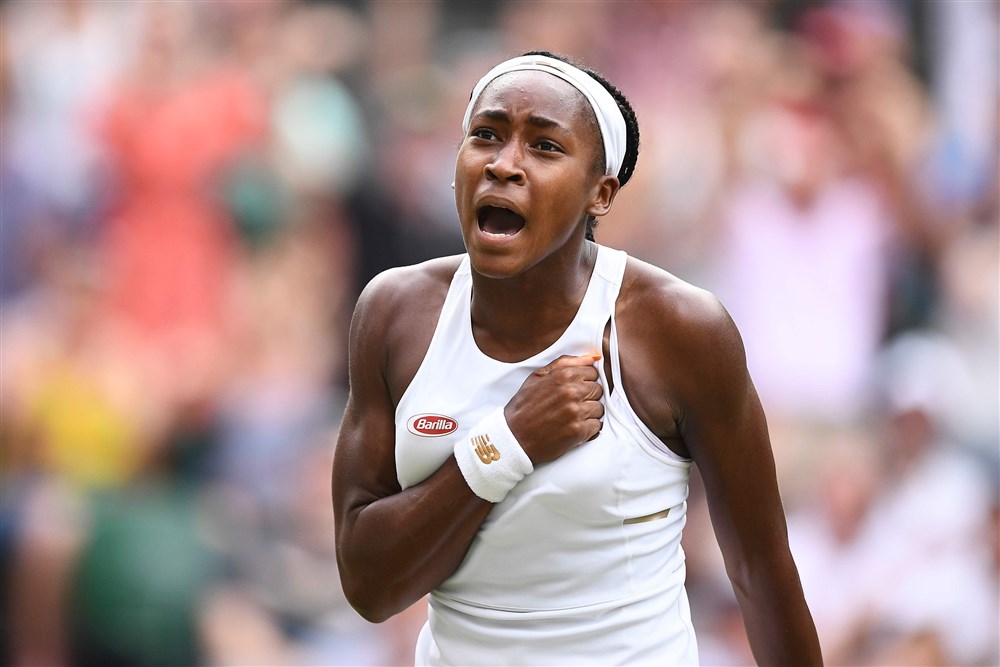 The 15-year-old Atlanta girl advanced to the fourth round.

After dropping the first set 3-6 to Polona Hercog, Coco Gauff storms back to win two straight sets, 7-6, 7-5 to advance to the round of 16 at Wimbledon.

Teenage sensation Cori “Coco” Gauff continued her Cinderella run at Wimbledon on Friday as she rallied for a hard-fought, 3-6, 7-6, 7-5, victory over Slovenian veteran Polona Hercog.

The 15-year-old who made international headlines with her first-round upset of her childhood idol Venus Williams is now just one victory away from the quarterfinals at the All England Lawn Tennis & Croquet Club.

Her fourth-round opponent will be Romanian Simona Halep on Monday. Halep is currently the world’s No. 6-ranked women’s singles player and won last year’s French Open.

Despite the rough start on Friday, dropping the first set, and later facing two match points, Gauff said she never lost confidence and fed off the underdog-loving Wimbledon crowd.

“I always knew that I could come back no matter what the score was,” Gauff told ESPN moments after the match. “The crowd was amazing, even when I was down a match point they were still cheering me on.”

The teen seemed wise beyond her years, later telling reporters she wants to enjoy every moment of this ride. The only females younger than Gauff to reach Round of 16 in the modern era of Wimbledon are Jennifer Capriati, Steffi Graf and Andrea Jaegar.

“Obviously, this moment is an incredible moment,” Gauff said. “I’m still excited I get to keep living it.”

But she also showed plenty of youthful enthusiasm, explaining how excited she was to get an Instagram post by Beyonce’s mother.

“The most unexpected message I received — well, it wasn’t really a message. Miss Tina Knowles, Beyonce’s mom, posted me on Instagram. I was, like, screaming,” she said.

“I don’t know, like I hope Beyonce saw that. I hope she told her daughter about me because I would love to go to a concert.”

And when told her overjoyed mom was wildly waving her arms in the air after the win, Gauff’s mind immediately turned to social media.