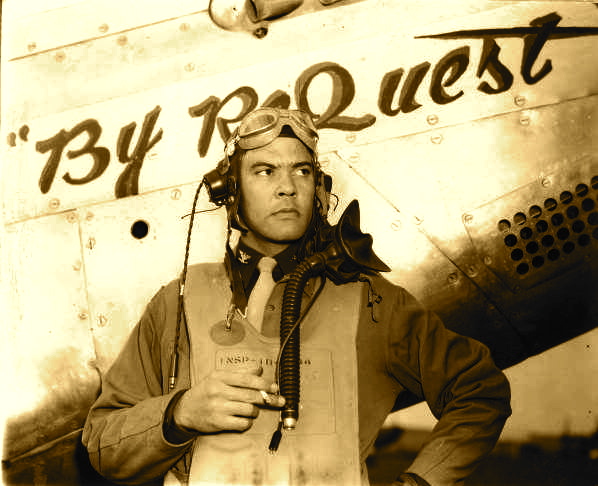 He and other airmen are decorated by his father, the Army’s first black General, Benjamin O. Davis, Sr. 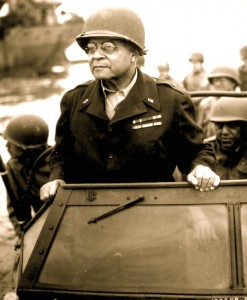 Benjamin Oliver Davis was born in Washington, D.C., the third child of Louis P. H. Davis and Henrietta (née Stewart) Davis. Biographer Marvin Fletcher has presented evidence that Davis was born in May 1880, citing a June 1880 census document. Fletcher concludes that Davis lied about his age so that he could enlist in the Army without the permission of his parents. The birth date that appears on Davis’s gravestone at Arlington National Cemetery is July 1, 1877, the date he reported to the Army.

Davis attended M Street High School in Washington where he participated in the school’s cadet program. During his senior year of high school he took some classes at Howard University. His father, a messenger for the Interior Department, and his mother, a nurse, urged him to enroll in college after high school. Against his parents’ wishes he determined to take a military career. 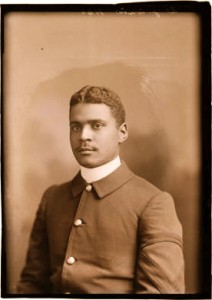 After graduating high school, in response to the start of the Spanish-American War, Davis entered the military service on July 13, 1898, as a temporary first lieutenant in the 8th United States Volunteer Infantry, an all-black unit. This regiment was stationed at Chickamauga Park, Georgia, from October 1898 until the unit was disbanded in March 1899. During the war, Davis briefly served in Company D, 1st Separate Battalion of the Washington D.C. National Guard.

Davis was mustered out on March 6, 1899, and on June 18, 1899, he enlisted as a private in Troop I, 9th Cavalry Regiment (one of the original Buffalo Soldier regiments), of the Regular Army. At his post in Fort Duchesne, Utah, he served first as the troop’s clerk and later as squadron sergeant major through 1900. In late 1900, Davis’s unit was commanded by Lieutenant Charles Young, the only African-American officer serving in the US military at that time. Young encouraged Davis’s ambition to become an officer. Young tutored Davis in all of the subjects that were covered in the officer candidate test, especially mathematics which had been Young’s most difficult subject at the United States Military Academy at West Point. In early 1901 Davis passed the test at Fort Leavenworth, Kansas, his highest score coming in the math section. (A second African American, John E. Green, passed the test along with 10 other soldiers. On February 2, 1901, Davis was commissioned a second lieutenant of Cavalry in the Regular Army. 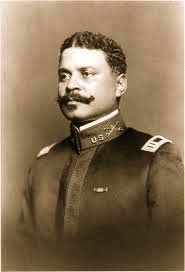 In the spring of 1901, Troop I was posted overseas to serve in the Philippine–American War. In August 1901, Davis was assigned to Troop F, 10th Cavalry, where he assumed the duties of a second lieutenant. Troop F returned to the US in August 1902. Davis was then stationed at Fort Washakie, Wyoming, where he also served for several months with Troop M. In September 1905, he was assigned to Wilberforce University in Ohio as Professor of Military Science and Tactics, a post that he filled for four years.

In November 1909, shortly after being ordered to Regimental Headquarters, 9th Cavalry, Davis was reassigned for duty to Liberia. He left the United States for Liberia in April 1910, and served as a military attaché reporting on Liberia’s military forces until October 1911. He returned to the United States in November 1911. In January 1912, Davis was assigned to Troop I, 9th Cavalry, stationed at Fort D. A. Russell, Wyoming. In 1913, the 9th Cavalry was assigned to patrol the Mexican-United States border.

In February 1915, Davis was again assigned to Wilberforce University as Professor of Military Science and Tactics. From 1917 to 1920, Davis was assigned to the 9th Cavalry at Fort Stotsenburg, Philippine Islands, as supply officer, commander of 3rd Squadron, and then of 1st Squadron. He reached the temporary rank of lieutenant colonel, but returned to the United States in March 1920 with the rank of captain.

In August 1937, Davis returned to Wilberforce University as Professor of Military Science and Tactics. Davis was assigned to the 369th Regiment, New York National Guard, during the summer of 1938, and took command of the regiment a short time later. Davis was promoted to Brigadier General on October 25, 1940, becoming the first African-American general in the United States Army. 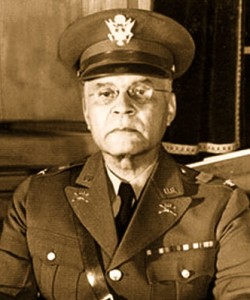 Davis became Commanding General of 4th Brigade, 2nd Cavalry Division at Fort Riley, Kansas, in January 1941. About six months later, he was assigned to Washington, D.C. as an assistant in the Office of the Inspector General. While serving in the Office of the Inspector General, Davis also served on the Advisory Committee on Negro Troop Policies. From 1941 to 1944, Davis conducted inspection tours of African-American soldiers in the United States Army. From September to November 1942 and again from July to November 1944, Davis made inspection tours of African-American soldiers stationed in Europe.

After serving in the European Theater of Operations for more than a year, Davis returned to Washington, D.C. as Assistant to the Inspector General. In 1947 he was assigned as a Special Assistant to the Secretary of the Army. In this capacity, he was sent to Liberia in July 1947 as a representative of the United States for the African country’s centennial celebration. On July 20, 1948, after fifty years of military service, Davis retired in a public ceremony with President Harry S. Truman presiding.

From July 1953 through June 1961, he served as a member of the American Battle Monuments Commission. Davis died on November 26, 1970, at Great Lakes Naval Hospital in Chicago, Illinois, and was buried at Arlington National Cemetery. 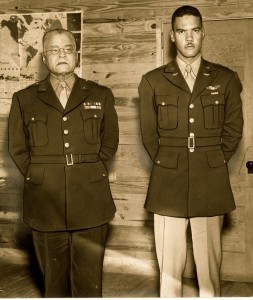 Davis married Elnora Dickerson in 1902—the two had known each other as neighbors for many years. Their first child was born in 1905: daughter Olive Davis. A son was born in 1912: Benjamin O. Davis, Jr. In early 1916 a second daughter was born, but Davis’s wife died a few days later from complications of childbirth. The daughter was named for her: Elnora Davis. Without a mother for the children, Davis relied upon the grandparents in Washington, D.C., for childcare while he was serving a tour of duty in the Philippines. In 1919 Davis married Sarah “Sadie” Overton, an English teacher at Wilberforce University. They were married 47 years, the partnership ending at Sadie’s death on October 25, 1966. 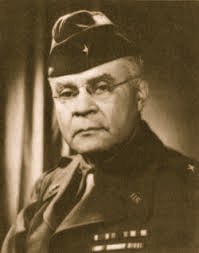 For exceptionally meritorious service to the Government in a duty of great responsibility from June, 1941, to November, 1944, as an Inspector of troop units in the field, and as special War Department consultant on matters pertaining to Negro troops. The initiative, intelligence and sympathetic understanding displayed by him in conducting countless investigations concerning individual soldiers, troop units, and components of the War Department brought about a fair and equitable solution to many important problems which have since become the basis of far-reaching War Department policy. His wise advice and counsel have made a direct contribution to the maintenance of soldier morale and troop discipline and has been of material assistance to the War Department and to responsible commanders in the field of understanding personnel matters as they pertain to the individual soldier. 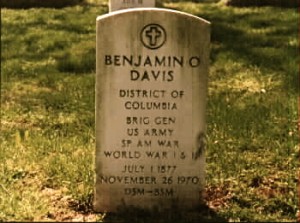 Additionally, Davis was awarded an Honorary Degree of LL.D. from Atlanta University, Atlanta, Georgia. His foreign awards and honors include of the Croix de Guerre with Palm from France and the Grade of Commander of the Order of the Star of Africa from Liberia.