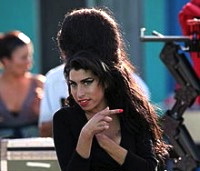 Beehive hairstyle is a 1960s retro hairdo. This is a great style for ramps and thematic parties. If you want to look different try out this hairstyle. The model is Ishika a student at Pearl Academy Noida. 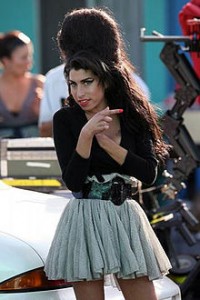 The Beehive is a woman’s hairstyle in which long hair is piled up in a conical shape on the top of the head and slightly backwards pointing, giving some resemblance to the shape of a traditional beehive. It originated as one of a variety of elaborately teased and lacquered versions of “big hair” that developed from earlier pageboy and bouffant styles. It was developed in 1960 by Margaret Vinci Heldt of Elmhurst, Illinois, owner of the Margaret Vinci Coiffures in downtown Chicago, who won the National Coiffure Championship in 1954, and who had been asked by the editors of Modern Beauty Salon magazine to design a new hairstyle that would reflect the coming decade. She originally modeled it on a fez-like hat that she owned. In recognition of her achievement, Cosmetologists Chicago, a trade association with 60,000 members, created a scholarship in Heldt’s name for creativity in hairdressing. The beehive style was popular throughout the 1960’s, particularly in the United States and other Western countries, and remains an enduring symbol of 1960’s kitsch. 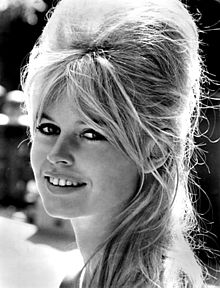 * The popular girl group, The Ronettes, helped popularize the hairdo. “We came from Spanish Harlem”, recalls the group’s veteran lead singer, Veronica “Ronnie” Spector, in a Village Voice interview. ” ‘We had high hair anyway.’ So the Ronettes made their hair still higher—’We used a lot of Aqua Net’ ”

* Audrey Hepburn’s character in Breakfast at Tiffany’s (1961) sported a large then-fashionable beehive. Woman with a beehive at work in the 1960’s.

* In the Flintstones episode “Fred’s New Boss” (season three), Wilma Flintstone and Betty Rubble get their hair done in gigantic, elaborate beehives at a salon, and the pair drive their car very slowly to protect their hairdos. Unfortunately, their ‘dos are destroyed after a fast-moving dinosaur vehicle passes by and blows them down.

* The beehive was formed using a comb and running it back and forward down the hair to create a knotted effect which was lightly combed over to smooth down the effect. The longer the hair the higher the beehive.