You are here: Home / Education / Women Who Made History / Annie Besant 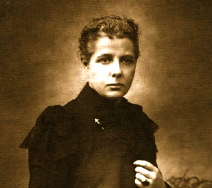 “An imperious necessity forces me to speak the truth, as I see it, whether the speech please or displease, whether it bring praise or blame. That one loyalty to Truth I must keep stainless, whatever friendships fail me or human ties be broken.” 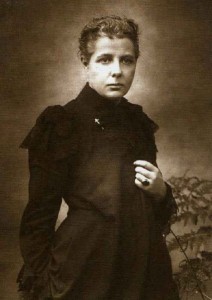 Annie Besant was born 1 October 1847 in Clapham London to parents of Irish roots. After the early death of her father in 1852, the family were brought up in relative poverty and Annie was looked after by a friend of the family Ellen Marryat. This enabled Annie to gain a good education and travel around Europe.

In 1867, aged only 19, she married a clergyman Frank Besant, seven years her senior. They went to live in Sibsey, Lincolnshire, where Frank was a vicar. However, the marriage soon experienced difficulties. Annie became increasingly radicalised in her political views; whereas Frank was generally conservative, Annie instinctively supported the rights of workers and poor farmers. Annie also began writing, but her husband didn’t allow her to keep her earnings. More seriously Annie began questioning the religion of birth and in 1873, she stopped receiving Communion because she no longer felt she could call herself a Christian.

This was the final straw for the marriage and Annie left her husband taking her daughter to London. Looking back on her marriage, she reveals a temperament not suited to the Victorian expectations of a passive wife.

“…for under the soft, loving, pliable girl there lay hidden, as much unknown to herself as to her surroundings, a woman of strong dominant will, strength that panted for expression and rebelled against restraint, fiery and passionate emotions that were seething under compression—a most undesirable partner to sit in the lady’s arm-chair on the domestic rug before the fire.” 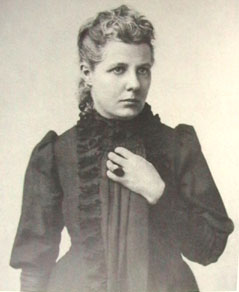 In London, she became noted for her radical political views. She espoused freedom of thought, women’s rights, secularism, birth control and the rights of the working class.; she was also highly critical of the influence and teachings of Christianity.

“Against the teachings of eternal torture, of the vicarious atonement, of the infallibility of the Bible, I levelled all the strength of my brain and tongue, and I exposed the history of the Christian Church with unsparing hand, its persecutions, its religious wars, its cruelties, its oppressions.”

She became a popular public speaker, giving lectures across the country. In London she became acquainted with Charles Bradlaugh. Together they became very close on a personal level, for a time, sharing similar political and religious views. In 1877, they published a controversial book on birth control. The book argued the working class could never be happy until they could limit their number of children. This caused a real scandal, especially amongst the religious establishment. They were arrested and put on trial; the trial generated significant media coverage, polarising opinions. They gained support from liberal politicians, but they could easily have been convicted, but eventually the case was thrown out on a technicality.

Despite the controversy, Charles Bradlaugh was able to become an MP. His election caused a stir, because as an atheist, he refused to swear the oath of allegiance. It took six years for it to be resolved in his favour. Despite a close friendship, Annie started drifting away from the political views of Bradlaugh. She became more influenced by the new Socialist organisations such as the Fabian society. In particular, Annie Besant was impressed by the views and personality of George Bernard Shaw (who was then a struggling Irish writer living in London) They shared many natural sympathies such as Irish home rule, and a concern for social justice. 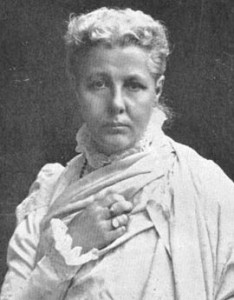 The late nineteenth century was a period of growing working class agitation, increased by poor working conditions and high unemployment. In 1887, a mass rally against unemployment was held in Trafalgar Square, at which Annie Besant was a key speaker at the event. The rally was disrupted by the police leading to one death and many injuries. It was a key moment in the development of greater political awareness of the working class, and was given the term ‘Bloody Sunday’.

In 1888, London match girls at the Bryant and May’s factory went on strike in protest at the awful working conditions. The girls worked long hours for low pay, and were liable to suffer from industrial illnesses such as Phossy Jaw. The strikers asked Annie Besant to help them organise and articulate their views. Using her skills and contacts in the Socialist movement, she was able to gain much public sympathy for the striking workers. After a week of demonstrations, strikes, and leading 50 girls to parliament, the company gave into the demands of the workers; this lead to improvements in pay and conditions. The public sympathy and success of the strike was an important development in the unskilled trades union movement.

During this time, Annie Besant became attracted to the philosophy of Marxism. In addition to being a member of the Fabian society, she also was a member of the SDF and later Socialist League. 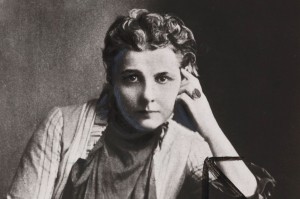 In 1885, Annie Besant stood for election to the London School Board. Campaigning on a policy of ‘No More hungry children’ she came top in a poll in Tower Hamlets with over 15,000 votes. In this sense she was an early role model for women politicians. Though women didn’t have the vote for general elections. She sought to increase women’s participation in local government. During her period on the board of Education, she played an important role in helping the London Dockers form a union and gain better wages in an industry which had been dominated by one day employment contracts.

As well as politics, Annie also became interested in spiritual philosophy. In 1902, she became a freemason – joining the co-freemasonry movement. She was attracted by their belief that men and women should join together to work for a better world.

“The International Order of Co-Freemasonry Le Droit Humain is not dogmatic. It works simply searching for the Truth. In Lodges, discussions concerning social and religious questions cannot in any case give more than explanations to members and enable them to do their duties as Freemasons with a better understanding”. Source: web link

With her tireless energy and enthusiasm, she helped found new orders in Britain and other parts of the world. Her energy played a key role in the international growth of the order. 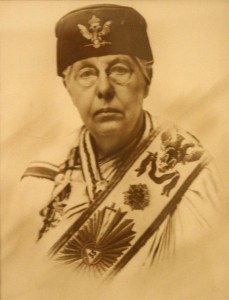 In 1889, Annie Besant read and reviewed The Secret Doctrine by H.P.Blavatsky – a leading Theosophist. After meeting Blavatsky she became actively involved in the Theosophist movement. The switch from active member of the secularist society to a prominent member of a spiritual organisation shocked many of her old friends. But, to Besant it was part of her life’s quest for truth in whatever form she found it.

Besant writes about her views and impression of H.P.Blavatsky, whom she looked up to almost as a Guru.

“And we, who lived around her (On H.P.B) , who in closest intimacy watched her day after day, we bear witness to the unselfish beauty of her life, the nobility of her character, and we lay at her feet our most reverent gratitude for knowledge gained, lives purified, strength developed.”

As her interest in theosophy grew, her commitment to left wing politics declined and her membership of Socialist societies lapsed. Annie Besant later moved to India where she was active in the Theosophy movement and founded a school for boys in Varansai – The Central Hindu College.

By 1909, Besant had become president of the Theosophical society. A key teaching of the Theosophical Society was that they would look after and prepare a world teacher for his important mission. This teacher was found in 1909, as the 14 year old Jiddu Krishnamurti. Besant was made his guardian and the two developed a close relationship and he considered Besant his surrogate mother. Later Krishnamurti would renounce his role as world teacher and break with the Theosophist movement, but, he remained close to Besant whom he held in high regard.

Annie Besant became an early member of the Indian National Congress. In 1916, she launched the Indian Home rule league which agitated for Indian independence.

India demands Home Rule for two reasons, one essential and vital, the other less important but necessary: Firstly, because Freedom is the birthright of every Nation; secondly, because her most important interests are now made subservient to the interests of the British Empire without her consent, and her resources are not utilised for her greatest needs. 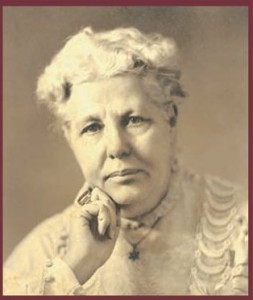 In 1917, she was arrested for protesting against British rule. This led to a wave of protests from different Indian groups. To great national acclaim, she was released securing verbal promises from the British. It helped strengthen the Indian belief that self-rule was a possibility. For a year she was made president of the Indian Congress for a year – preceding leaders such as Gandhi and later Nehru.

Besant died in India on 20 September 1933. She wrote in her own autobiography:

and I ask no other epitaph on my tomb but: “‘SHE TRIED TO FOLLOW TRUTH.'”