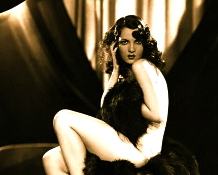 A dancer in Ann Corios The Was Burlesque has been charged with violating an anti-nudity ordinance in Albany, N.Y., by dancing topless in the play at a suburban summer theater. Phoenix M. Kostera, 26, of Greenville, Ind., known on stage as Phoenix Flame, was arrested for her four-minute performance at the opening Monday night. Also arrested was Gloria Lamere, 50, general manager of the Colonie Coliseum, where the burlesque revival is playing. She was charged with allowing topless dancing. Both women were released on $25 bond. 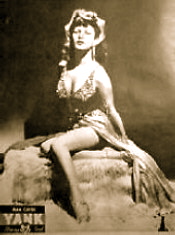 Ann Corio (November 29, 1909 – March 1, 1999) was a prominent American burlesque ecdysiast and actress. Unlike others in her profession, Ann Corio did not have a stage name.

Born in Hartford, Connecticut, she was one of twelve children of parents of Italian immigrants. While still in her teens, Corio’s good looks and shapely physique landed her showgirl roles that led to her becoming a hugely popular striptease artist. Working in New York City, she was a star performer at clubs such as the famous Minsky’s Burlesque and Boston’s old Howard Theatre. 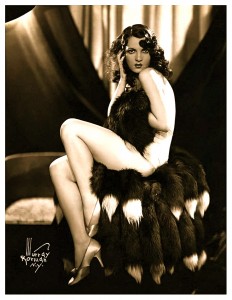 After Mayor Fiorello La Guardia closed down the “bawdy” houses in 1939, Corio made her way to Los Angeles. Between 1941 and 1944 she appeared in several Hollywood “B” motion pictures which featured her in scanty costumes (beginning with 1941 Swamp Woman), the best known of which was perhaps 1942’s Jungle Siren opposite Buster Crabbe. In 1944 she made Call of the Jungle and Sarong Girl. A year earlier Ms Corio was guest armchair detective on radio’s, The Adventures of Ellery Queen, on the January 7th episode entitled, “The Adventure of the Singing Rat”. With the Second World War on, she became one of the volunteer pinup girls for YANK magazine, appearing in the September 3, 1943 issue of the weekly U.S. Army publication.

Corio had a long successful career dancing on stage. In 1962 she put together the nostalgic off-Broadway show This Was Burlesque which she directed and in which also performed. In 1968, she wrote a book with the same title. Her fame was enduring enough that in the 1970’s—when Corio was long retired and in her sixties—she twice was a guest on The Tonight Show Starring Johnny Carson. During this same period, she took This Was Burlesque out on the summer stock circuit for several seasons. In 1981, the show played Broadway at the old Latin Quarter, which was known as the Princess Theatre, and tried to compete with Sugar Babies which was running just a few blocks up the street. In 1985, she mounted the show for the second to last time in downtown Los Angeles, at the Variety Arts Theatre, where it did not have a good run. A year or so later, the show played a dinner theatre in Florida, where it closed for good. 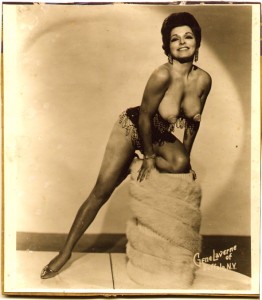 Legacy
She is a member of the Hall of Fame at the Exotic World Burlesque Museum in Helendale, California.