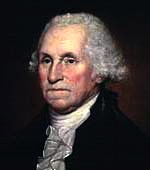 1940 Census: Census of Housing 1940 US Department of Commerce

“This film explains how the census of housing will be used for the first time by the Census Bureau to compile an “important social and economic inventory” of the nation’s homes and other dwellings. It explains how to fill out the questions on the schedule, and explains the various types of homes to be described. The correct ways to report housing expenses are also covered, including heating, utilities, as well as market value of property and mortgage debt. The 1940 Census was released for public use on April 2, 2012, although non-population census information (including the Census of Housing) was destroyed in a 1949 fire. For more information about the 1940 census, visit http://1940census.archives.gov/.”

The 1790 U.S. Federal Census was the very first enumeration conducted of the United States population as provided for in the U.S. Constitution. While the exact format was not specified, we’re thankful that early authorities saw fit to record the names of heads of families, as well as gender and age classifications — paving the way for more information to be collected in future years. The 1790 census asked five questions: the number of free white males over 16 years old, free white males under 16, free white females, other, and number of slaves.

The population in 1790 numbered fewer than four million living among the thirteen original states. Nearly one-third of the original 1790 Census returns have been lost or destroyed. Those remaining include: Connecticut, Maine (part of Massachusetts in 1790), Maryland, Massachusetts, New Hampshire, New York, North Carolina, Pennsylvania, Rhode Island, South Carolina, and Vermont.

The following are notable events of this decade:

The 1800 Census was the second enumeration conducted of the United States population as provided for in the U.S. Constitution. The 5.3 million people represented a more than 35% growth since the first census was conducted ten years earlier. Enumerators of the 1800 census were asked to include the following categories in the census: name of head of household, number of free white males and females in age categories: 0 to 10, 10 to 16, 16 to 26, 26 to 45, 45 and older; number of other free persons except Indians not taxed; number of slaves; and town or district and county of residence.

The categories allowed Congress to determine persons residing in the United States for collection of taxes and the appropriation of seats in the House of Representatives. Most entries are arranged in the order of visitation, but some have been rearranged to appear in alphabetical order by initial letter of the surname.

The 1820 Census was the fourth enumeration conducted of the United States population as provided for in the U.S. Constitution. The 9.6 million people represented a 33% increase over the prior census. Enumerators of the 1820 census were asked to include the following categories in the census: name of head of household, number of free white males and females in age categories: 0 to 10, 10 to 16, 16 to 26, 26 to 45, 45 and older; number of other free persons except Indians not taxed; number of slaves; and town or district and county of residence. Additionally, the 1820 census for the first time asked the number of free white males 16 to 18; number of persons to be naturalized; number engaged in agriculture, commercial, or manufacture; number of “colored” persons (sometimes in age categories); and number of other persons except Indians.

The 1850 Census was the seventh enumeration conducted of the United States population as provided for in the U.S. Constitution. The 23+ million people enumerated represented a nearly 36% increase over the prior census. One of the most significant changes in the U.S. Census occurred with this effort which recorded the names of every individual in a household. In addition, enumerators were directed to include the following: name; age as of the census day; sex; color; birthplace; occupation of males over age fifteen; value of real estate; whether married within the previous year; whether deaf-mute, blind, insane, or “idiotic”; whether able to read or write for individuals over age twenty; and whether the person attended school within the previous year. No relationships were shown between members of a household.

The following events occurred in the decade beginning in 1850. These are the events that shaped the world during the lives of your ancestors, both here in the United States and throughout the world:

The 1900 Federal Census was the twelvth enumeration of the United States population and the first one of the new century. Researchers will find this to be a valuable census given the data elements captured, but also because the loss of the 1890 census leaves many with a 20 year gap during a period of heavy immigration.

Elsewhere in the Spring/Summer of 1900, the second modern Olympics were held in Paris, France. Among the competitors were 55 Americans whose strong performance dominated the sprints and field events. In China, the government was busy responding to the Boxer Rebellion. And in Germany, a new form of transportation recorded its first — Count Ferdinand von Zeppelin’s hydrogen-filled airship successfully completed its maiden voyage in Friedrichshafen.

Some highlights for the decade beginning in 1900 include:

Many avid researchers celebrated the opening by attending special midnight sessions at regional branches of the National Archives. Others were among the first to show up the following morning to search 1930 Census schedules for their family living in the midst of the Great Depression.