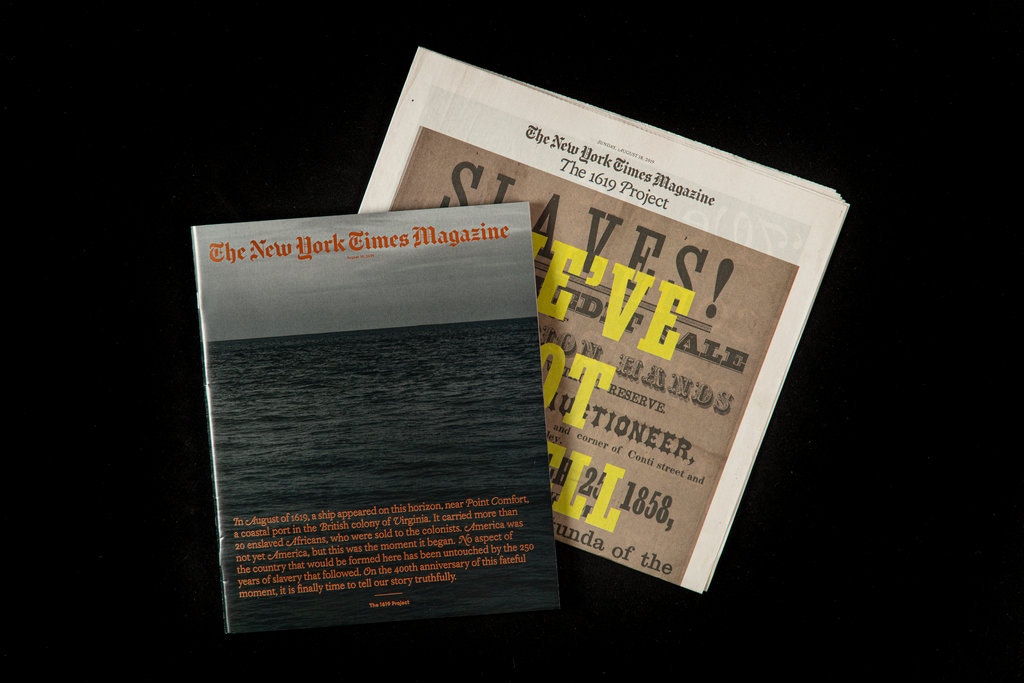 Since January, The Times Magazine has been working on an issue to mark the 400th anniversary of the first enslaved people arriving in America. Now, it includes a special section, a multipart audio series and more.

Times Insider explains who we are and what we do, and delivers behind-the-scenes insights into how our journalism comes together.

In August 1619, a ship carrying more than 20 enslaved Africans arrived at a coastal port in the British colony of Virginia. The people on board were sold to colonists, marking the beginning of a more than two-century-long institution that would radically alter and continue to inform the identity of a young nation.

This month is the 400th anniversary of that ship’s arrival. To commemorate this historic moment and its legacy, The New York Times Magazine has dedicated an entire issue and special broadsheet section, out this Sunday, to exploring the history of slavery and mapping the ways in which it has touched nearly every aspect of contemporary life in the United States.

The 1619 Project began as an idea pitched by Nikole Hannah-Jones, one of the magazine’s staff writers, during a meeting in January. Her proposal was clear and ambitious: to dedicate an issue of the Sunday magazine to examining the ways the legacy of slavery continues to shape our country. Its implications, particularly for a newspaper that continues to face criticism for its past and present coverage of black Americans, were huge. To read more go to the link below: