10 Best Westerns Of All Time 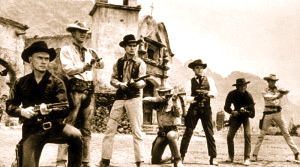 The following films are solely the opinions of the Smashing UK production team! Have your own opinions? Post them in the comments below!  Smashing UK Website – http://www.smashingukproductions.co.uk/, IMDd – http://www.imdb.com/name/nm5436236/, Facebook and http://www.facebook.com/SmashingUK. 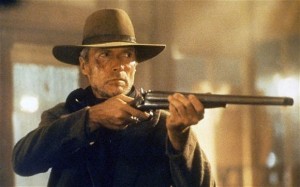 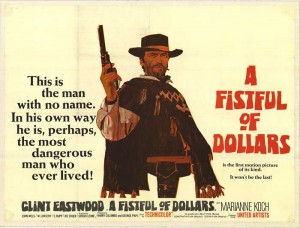 1. A Fistful of Dollars (1964)
The first “spaghetti western,” a violent, lurid, game-changing Italian variation on the genre. It turned Clint Eastwood, as the taciturn Man With No Name, into a global star; director Sergio Leone, with his penchant for melodramatic close-ups, quickly became a cult figure. 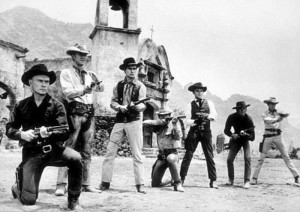 An impeccable story adapted from Kurosawa’s Seven Samurai, featuring seven gunmen hired to save a Mexican village from bandits. In a terrific cast, Yul Brynner has the lead role, but Steve McQueen steals every scene. Thrilling theme tune from Elmer Benstein. 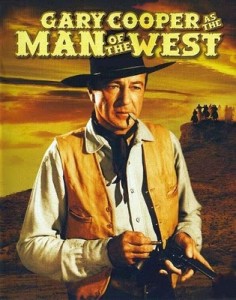 3. Man of the West (1958)
Gary Cooper stars as a weary, reformed gunslinger persuaded by former sidekicks to rob a bank. There’s an almost noirish quality to his character, but Anthony Mann’s direction has big-screen scope that does justice to a literate, intriguing script. 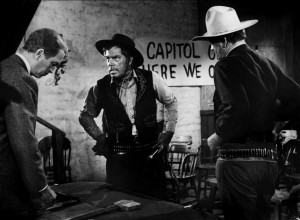 Late period John Ford classic, with James Stewart as a senator who helped bring law to the west, partly through having killed an outlaw. The truth behind this legend is finally unveiled. Utterly absorbing; its reputation has grown over time. 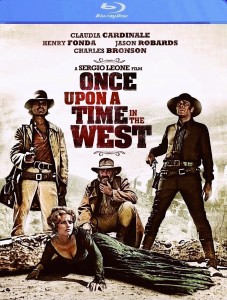 Sergio Leone finally went to Hollywood and created this ravishing epic western, making waves by casting American hero Henry Fonda as a rapacious would-be tycoon aiming to drive a widow off her land. Ennio Morricone’s score, composed in advance, is a masterpiece. 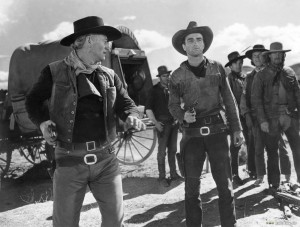 John Wayne near his best as a tough, headstrong cattle boss, locking horns through a crucial cattle drive with his educated foster son, played brilliantly by Montgomery Clift in his film debut. A classic western that looks wonderful on the big screen. 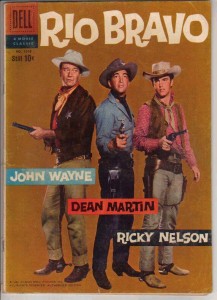 7. Rio Bravo (1959)
There’s a raucous male-bonding spirit to this Howard Hawks western, starring John Wayne as a sheriff, aiming to protect a town against bandits with only a drunk, a naive teenager and a crippled old man to help. But its insolent, generous spirit has rightly helped its reputation grow in recent years. 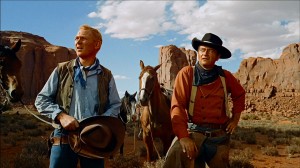 8. The Searchers (1956)
A complex story of revenge, reconciliation and loss, even encompassing racism. Director John Ford and John Wayne, as an ex-war hero tracking down Indians who murdered his relatives and abducted their daughter, combine to shape a troubling masterpiece. 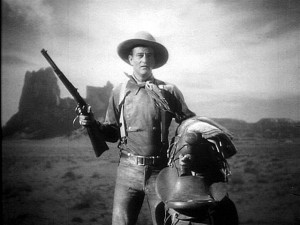 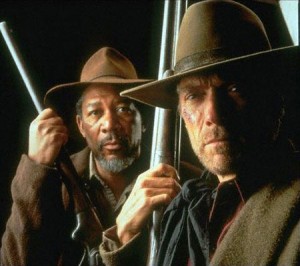 10. Unforgiven (1992)
Sombre, thoughtful, genre-reinventing western directed by Clint Eastwood, who stars as a violence-weary gunman lured back for one last job. It’s a smart, assured piece of film-making, acutely aware of the western’s history, its limitations and the dubious truths of its legends.