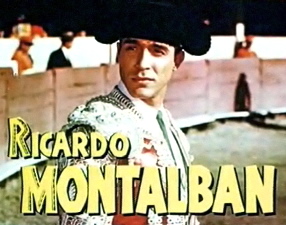 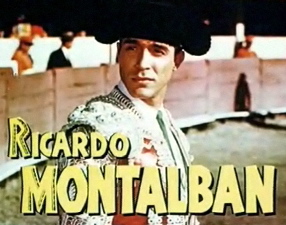 Montalbán as Mario Morales in Fiesta (1947)

Ricardo Gonzalo Pedro Montalbán y Merino, KSG (/ˌmɒntəlˈbɑːn/; Spanish pronunciation: [montalˈβan]; born November 25, 1920 – died January 14, 2009), known professionally as Ricardo Montalbán, was a Mexican actor. His career spanned seven decades, during which he became known for many different roles. During the 1970’s, he was a spokesman in automobile advertisements for Chrysler, including those in which he extolled the “soft Corinthian leather” used for the Cordoba’s interior.

From 1977 to 1984, Montalbán played Mr. Roarke in the television series Fantasy Island. He played Khan Noonien Singh in the original Star Trek series (in the 1967 episode “Space Seed”) and the 1982 film Star Trek II: The Wrath of Khan. He won an Emmy Award in 1978 for his role in the miniseries How the West Was Won, and a Lifetime Achievement Award from the Screen Actors Guild in 1993. In his 80s, he provided voices for animated films and commercials, and appeared as Grandfather Valentin in the Spy Kids films.

Montalbán was born in Mexico City and grew up in Torreón, the son of Spanish immigrants Ricarda Merino and Jenaro Montalbán, a store manager, who raised him as a Catholic. He was born with an arteriovenous malformation (AVM) in his spine. Montalbán had a sister, Carmen, and two brothers, Pedro and Carlos Montalbán, an actor. As a teenager, Ricardo moved to Los Angeles to live with Carlos Montalbán. This duo moved to New York City in 1940, and Ricardo earned a minor role in the play, Her Cardboard Lover. 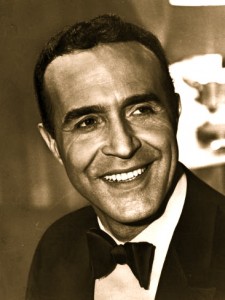 In 1941, Montalbán appeared in three-minute musicals produced for the Soundies film jukeboxes. He appeared in many of the New York–produced Soundies as an extra or as a member of a singing chorus (usually billed as Men and Maids of Melody), although he had the lead role in He’s a Latin from Staten Island (1941), in which he (billed simply as “Ricardo”) played the title role of a guitar-strumming gigolo, accompanied by an offscreen vocal by Gus Van. Late in 1941, Montalbán returned to Mexico after learning that his mother was dying. There, he acted in a dozen Spanish-language films and became a star in his homeland.

Montalbán recalled that when he arrived in Hollywood in 1943, studios wanted to change his name to Ricky Martin. His first leading role was in the film Border Incident (1949) with actor George Murphy. He was the first Hispanic actor to appear on the front cover of Life magazine on November 21, 1949.

Many of his early roles were in Westerns in which he played character parts, usually as an “Indian” or as a “Latin Lover,” but he was cast against type in the film Mystery Street (1950), playing a Cape Cod police officer. From 1957 to 1959, he starred in the Broadway musical Jamaica, singing several light-hearted calypso numbers opposite Lena Horne.

During the 1950’s and 1960’s, he was one of only a handful of actively working Hispanic actors in Hollywood, although he portrayed several ethnicities – occasionally of Japanese background, as in with the character of Nakamura in the film Sayonara (1957), and as Tokura in the Hawaii Five-O episode “Samurai” (1968). In the 1963 comedy Love Is a Ball, he played a naive, penniless French duke being groomed as a potential husband for a rich American woman.

Montalbán also starred in radio, such as on the internationally syndicated program “Lobo del Mar” (Seawolf), in which he was cast as the captain of a vessel which became part of some adventure at each port it visited. This 30-minute weekly show aired in many Spanish-speaking countries until the early 1970s. In 1972, Montalbán co-founded the Screen Actors Guild Ethnic Minority Committee with actors Carmen Zapata, Henry Darrow and Edith Diaz.

In 1975, he was chosen as the television spokesman for the new Chrysler Cordoba. The car became a successful model, and over the following several years, was heavily advertised; his mellifluous delivery of a line praising the “soft Corinthian leather” upholstery of the car’s interior, often misquoted as “fine” or “rich Corinthian leather”, became famous and was much parodied, and Montalbán subsequently became a favorite subject of impersonators. Eugene Levy, for example, frequently impersonated him on SCTV. (In deference to American habits, he deliberately misstressed the car’s name on the second syllable.) In 1986, he was featured in a magazine advertisement for the new Chrysler New Yorker. 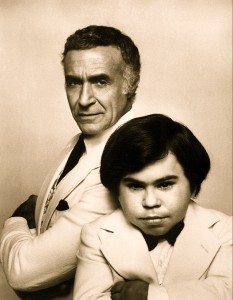 Ricardo Montalban as Mr. Roarke and Herve Villechaize as Tattoo in a publicity still for the television movie Return to Fantasy Island

Montalbán’s best-known television role was that of Mr. Roarke in the television series Fantasy Island, which he played from 1977 until 1984. For a while, the series was one of the most popular on television, and his character as well as that of his sidekick, Tattoo (played by Hervé Villechaize), became pop icons.

Another of his well-known roles was that of Khan Noonien Singh in Star Trek II: The Wrath of Khan, in which he reprised a role that he had originated in the 1967 episode of Star Trek titled “Space Seed.” Early rumors suggested Montalbán wore prosthetic muscles on his chest during filming of Star Trek II to appear more muscular. Director Nicholas Meyer replied that even in his sixties Montalbán had a vigorous training regimen, was “one strong cookie,” and that his real chest was seen on film. Khan’s costume was specifically designed to display Montalbán’s physique. Critic Christopher Null called Khan the “greatest role of Montalbán’s career.”

New Yorker critic Pauline Kael said Montalbán’s performance as Khan “was the only validation he has ever had of his power to command the big screen.” Montalbán agreed to take the role for a significant pay cut, since by his own admission, he relished reprising the role, and his only regret was that he and William Shatner never interacted – the characters never meet face to face, except through video communication – as their scenes were filmed several months apart in order to accommodate Montalbán’s schedule for Fantasy Island. When Montalbán guest-starred in the Family Guy episode “McStroke” as a genetically engineered cow, his character made several references to his role as Khan, and similar references were made in his role as Guitierrez in the cartoon series Freakazoid.

Montalbán appeared in many diverse films including The Naked Gun: From the Files of Police Squad! as well as two films from both the Planet of the Apes and Spy Kids series. In addition, he appeared in various musicals, such as The Singing Nun (1966), also starring Debbie Reynolds. Over the course of his long career, he played lead roles or guest-starred in dozens of television series. Montalbán also narrated several historical documentaries including the Spanish version of the National Park Service’s history of Pecos Pueblo for Pecos National Historical Park.

Prior to his death in January 2009, Montalbán recorded the voice for a guest character in an episode of the animated TV series American Dad!, in which main character Roger becomes the dictator of a South American country. According to executive producer Mike Barker, it was his last role. 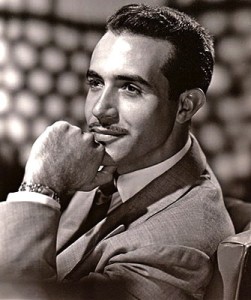 During the filming of the 1951 film, Across the Wide Missouri, Montalbán was thrown from his horse, knocked unconscious, and trampled by another horse, which aggravated his arteriovenous malformation and resulted in a traumatic back injury that never healed. The pain increased as he aged, and in 1993, he underwent over 9 hours of spinal surgery that left him paralysed below the waist and requiring the use of a wheelchair. Despite constant pain, he continued to perform, providing voices for animated films and supporting his Nosotros foundation. Filmmaker Robert Rodriguez created a role in his Spy Kids film series specifically for Montalbán, which included the use of a jet-propelled wheelchair. 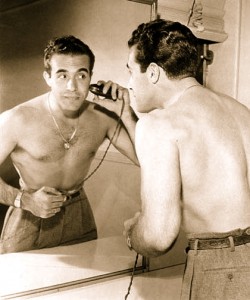 Montalbán married actress and model Georgiana Young (born Georgiana Paula Belzer; September 10, 1924–November 13, 2007) in 1944. Georgiana was the half-sister of actresses Sally Blane, Polly Ann Young, and Loretta Young. After 63 years of marriage, Young died from undisclosed causes on November 13, 2007. She was 83 years old. Her death preceded Montalbán’s by one year and two months. They had four children together: Laura, Mark, Anita, and Victor.

Montalbán was a practicing Roman Catholic, once claiming that his religion was the most important thing in his life. He was a member of the Good Shepherd Parish and the Catholic Motion Picture Guild in Beverly Hills, California. In 1998, Pope John Paul II made him a Knight of the Order of St. Gregory the Great (KSG), the highest honor a Roman Catholic lay person can receive from the Church. He recorded a Public Service Announcement, celebrating America’s generosity and hospitality to him as a foreign-born actor, in honor of the 100th anniversary of the Statue of Liberty in 1986.

Although Montalbán spent most of his life in the United States, he remained a citizen of Mexico and never applied for American citizenship. However, in a 2002 interview, he stated that he was “honored to be an American.” His autobiography, Reflections: A Life in Two Worlds, was published in January 1980 by Doubleday.

The way he was asked to portray Mexicans disturbed him, so Montalbán, along with Richard Hernandez, Val de Vargas, Rodolfo Hoyos Jr., Carlos Rivas, Tony de Marco and Henry Darrow established the Nosotros (“We”) Foundation in 1970 to advocate for Latinos in the movie and television industry. He served as its first president and was quoted as saying: “I received tremendous support, but there also were some negative repercussions. I was accused of being a militant, and as a result I lost jobs.”

The foundation created the Golden Eagle Awards, an annual awards show that highlights Latino actors. The awards are presented in conjunction with the Nosotros American Latino Film Festival (NALFF), held at the Ricardo Montalbán Theatre in Hollywood.

The Nosotros Foundation and the Ricardo Montalbán Foundation agreed to purchase the Doolittle Theatre in 1999 from UCLA. The theater was owned by Howard Hughes in the early 1930s then later renamed the Huntington Hartford Theater when purchased in 1954 by philanthropist Huntington Hartford, the Doolittle Theater and then the Ricardo Montalban Theatre. The process from agreement to opening took over four years. The facility in Hollywood was officially renamed the Ricardo Montalbán Theatre in a May 11, 2004 ceremony. The event was attended by numerous celebrities, including Ed Begley Jr., representing the Screen Actors Guild (SAG); Valerie Harper, Loni Anderson, Hector Elizondo and Robert Goulet. 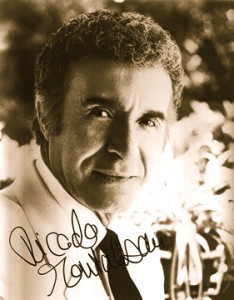 On January 14, 2009, Montalbán died at his home in Los Angeles, California. He was 88 years old. According to his son-in-law, Gilbert Smith, he died of “complications from advancing age”. His cause of death was later revealed to be congestive heart failure. He is buried next to Georgiana Young, his wife of 63 years, in the Holy Cross Cemetery in Culver City, California.