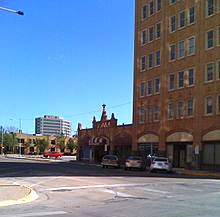 The tradition and history behind Summer Mummers at Historical Yucca Theatre 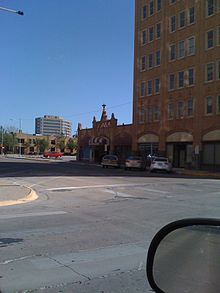 The Yucca Theatre is attached to the Petroleum Building in downtown Midland, TX.

In 1949, supporters of Midland Community Theatre were looking for a way to bring extra money into the newly-formed organization. One supporter brought up the fact that melodramas were still popular in California, and it was soon decided to present a production of “The Drunkard.” Another supporter remembered that street performers in the 1800’s were called “mummers.” After deciding that the production would be presented in the summer, the name “Summer Mummers” was born. The four individuals usually considered the ‘founders’ were Art Cole (then the Director at Midland Community Theatre); William F. Pennebaker, a Midland attorney; Bill Pomeroy, a Midland oilman, and Norris Creath who played the first Mummers ‘Villain’. Cole directed and starred in the first production (and many later ones also) and Pennebaker and Pomeroy ran the front-of-house operations. In the early years of Summer Mummers, productions were presented in various locations, including VFW halls and Theatre Center, the former home of Midland Community Theatre.

In 1927, oilman and former Montana senator T.S. Hogan announced plans to build a theater to complement the nearby Petroleum Building. Built in 1929, the Yucca Theatre started as a movie and vaudeville house. The interior, designed by H.B. Layman, features gilded Assyrian bulls, stenciled lotus flower lamps, and a two-tier balcony. The Egyptian style is a sign of the late 1920s, which was prominent at the time thanks in part to the discovery of King Tut’s tomb a few years earlier.

In 1981, volunteers undertook the effort of fully restoring the Yucca to its original condition. Professional crews were brought in to make a few additions. These include a tiered floor for cabaret seating, as well as a few technology updates. After the restoration was completed, the Yucca became the new home of Summer Mummers. Summer Mummers still performs exclusively at the Yucca to this day.