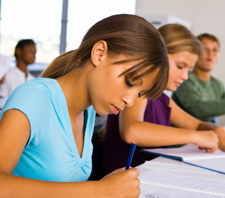 What advice do you have for young writers?

Question: What advice do you have for young writers? Khakpour:  Well I think the main bit of advice I would give them is to don’t go by the advice of other writers.  Everyone’s story is so different and you’ll get so much conflicting advice.  I was constantly seeking the advice of my mentors or other writers while I was writing the book, after the book came out, during the book tour — you know everything.  Every step of the way I was like, “So how is this done?  What do you do?” and they would all give me conflicting answers.  And so I think for young writers the best thing to remember is that the world is just run by other humans who make lots of mistakes, and who are trying their best and sometimes doing their worst.  And there really are no rules.  You have to really have some sort of common sense and good intuition.  Is it annoying to call your agent, you know, 12 times a day?  Yeah probably.  You probably wouldn’t do that to your friend.  Is it bad form to stock, you know, this potential agent?  Is it . . .  Is it a bad idea to copy the architecture of another novel . . . of a bestselling novel in hopes of making your own book a best seller?  Probably.  So there’s a lot of common sense things that people often forget when they decide to become writers.  And because there’s no real blueprint they . . .  Like I did, they sort of start interviewing everyone around them about what to do and they get more confused.  So the more I’ve thrown away the script, the easier it’s all been for me.  I used to get very nervous before any form of press.  Or I would think of a shtick to have at a reading.  And then the minute I sort of tossed all that, everything started to go much more smoothly.  So yeah, I say ditch the script.