You are here: Home / Education / United States of America / Wisconsin 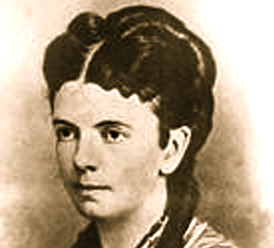 Exploring Wisconsin Our Home | Where We Came From

Where We Came From – People have immigrated to Wisconsin for many reasons. Some are “pushed” from their homes because of famines, wars, or poverty. Some are “pulled” to new areas because of greater opportunities, availability of land, and freedom from oppression. Although many Native American citizens’ roots may extend through more than two centuries of Wisconsin’s history, most of the people who settled Wisconsin were influenced by these push-pull factors. Immigration cycles create ethnic pockets of settlement, which gradually disperse as assimilation takes place. This program explores some of the reasons why people came to Wisconsin, where they settled, why they stayed, and the lasting impressions immigration continues to have on the state. (Series: Exploring Wisconsin Our Home)The ‘Exploring Wisconsin Our Home’ web site offers additional activities and resources for teachers and students, including links to sites for research about Wisconsin. 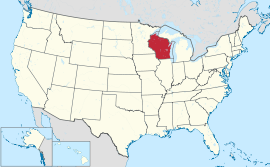 i/wɨsˈkɒnsɨn/) is a state located in the north-central United States and is part of the Midwest and Great Lakes regions. It is bordered by Minnesota to the west, Iowa to the southwest, Illinois to the south, Lake Michigan to the east, Michigan to the northeast, and Lake Superior to the north. Wisconsin is the 23rd most extensive and the 20th most populous of the 50 United States. Wisconsin’s capital is Madison, and its largest city is Milwaukee. The state is divided into 72 counties. 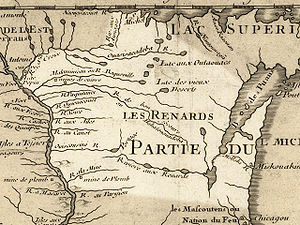 Wisconsin has been home to a wide variety of cultures over the past twelve thousand years. The first people arrived around 10000 BCE during the Wisconsin Glaciation. These early inhabitants, called Paleo-Indians, hunted now-extinct ice age animals exemplified by the Boaz mastodon, a prehistoric mastodon skeleton unearthed along with spear points in southwest Wisconsin.   After the ice age ended around 8000 BCE, people in the subsequent Archaic period lived by hunting, fishing, and gathering food from wild plants. Agricultural societies emerged gradually over the Woodland period between 1000 BCE to 1000 CE. Toward the end of this period, Wisconsin was the heartland of the “Effigy Mound culture,” which built thousands of animal-shaped mounds across the landscape.  Later, between 1000 and 1500 CE, the Mississippian and Oneota cultures built substantial settlements including the fortified village at Aztalan in southeast Wisconsin.   The Oneota may be the ancestors of the modern Ioway and Ho-Chunk tribes, who shared the Wisconsin region with the Menominee at the time of European contact.   Other American Indian groups living in Wisconsin when Europeans first settled included the Ojibwa, Sauk, Fox, Kickapoo, and Pottawatomie, who migrated to Wisconsin from the east between 1500 and 1700. 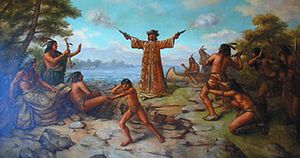 Jean Nicolet, depicted in a 1910 painting by Frank Rohrbeck, was probably the first European to explore Wisconsin. The mural is located in the Brown County Courthouse in Green Bay.

The first European to visit what became Wisconsin was probably the French explorer Jean Nicolet. He canoed west from Georgian Bay through the Great Lakes in 1634, and it is traditionally assumed that he came ashore near Green Bay at Red Banks.   Pierre Radisson and Médard des Groseilliersvisited Green Bay again in 1654–1666 and Chequamegon Bay in 1659–1660, where they traded for fur with local American Indians.  In 1673, Jacques Marquette and Louis Jolliet became the first to record a journey on the Fox-Wisconsin Waterway all the way to the Mississippi River near Prairie du Chien.  Frenchmen like Nicholas Perrot continued to ply the fur trade across Wisconsin through the 17th and 18th centuries, but the French made no permanent settlements in Wisconsin before Great Britain won control of the region following the French and Indian War in 1763. Even so, French traders continued to work in the region after the war, and some, beginning with Charles de Langlade in 1764, now settled in Wisconsin permanently rather than returning to British-controlled Canada.

Wisconsin became a territorial possession of the United States in 1783 after the American Revolutionary War. However, the British remained in de facto control until after the War of 1812, which finally established an American presence in the area.  Under American control, the economy of the territory shifted from fur trading to lead mining. The prospect of easy mineral wealth drew immigrants from throughout the U.S. and Europe to the lead deposits located at Mineral Point, Wisconsin and nearby areas. Some miners found shelter in the holes they had dug and earned the nickname “badgers,” leading to Wisconsin’s identity as the “Badger State.”  The sudden influx of white miners prompted tension with the local Native American population. The Winnebago War of 1827 and the Black Hawk War of 1832 led to the forced removal of American Indians from most parts of the state.  Following these conflicts, Wisconsin Territory was organized in 1836. Continued white settlement led to statehood in 1848.

Politics in early Wisconsin were defined by the greater national debate over slavery. A free state from its foundation, Wisconsin became a center of northern abolitionism. The debate became especially intense in 1854 after a runaway slave from Missouri named Joshua Glover was captured in Racine. Glover was taken into custody under the Federal Fugitive Slave Law, but a mob of abolitionists stormed the prison where Glover was held and helped him escape to Canada. The Wisconsin Supreme Court ultimately declared the Fugitive Slave Law unconstitutional in a trial stemming from the incide   The Republican Party, founded on March 20, 1854, by anti-slavery expansion activists in Ripon, Wisconsin, grew to dominate state politics in the aftermath of these events.   During the Civil War, around 91,000 troops from Wisconsin fought for the Union.

Wisconsin’s economy also diversified during the early years of statehood. While lead mining diminished, agriculture became a principal occupation in the southern half of the state. Railroads were built across the state to help transport grains to market, and industries like J.I. Case & Company in Racine were founded to build agricultural equipment. Wisconsin briefly became one of the nation’s leading producers of wheat during the 1860s.   Meanwhile, the lumber industry dominated in the heavily forested northern sections of Wisconsin, and sawmills sprang up in cities like La Crosse, Eau Claire, and Wausau. These economic activities had dire environmental consequences. By the close of the 19th century, intensive agriculture had devastated soil fertility, and lumbering had deforested most of the state.  This forced both wheat agriculture and the lumber industry into a precipitous decline.

Beginning in the 1890s, farmers in Wisconsin shifted from wheat to dairy production in order to make more sustainable and profitable use of their land. Many immigrants carried cheese-making traditions that, combined with the state’s suitable geography and dairy research led by Stephen Babcock at the University of Wisconsin, helped the state build a reputation as “America’s Dairyland.”   Meanwhile, conservationists including Aldo Leopold helped reestablish the state’s forests during the early 20th century, paving the way for a more renewable lumber and paper milling industry as well as promoting recreational tourism in the northern woodlands. Manufacturing also boomed in Wisconsin during the early 20th century, driven by an immense immigrant workforce arriving from Europe. Industries in cities like Milwaukee ranged from brewing and food processing to heavy machine production and toolmaking, leading Wisconsin to rank 8th among U.S. states in total product value by 1910.

Wisconsin took part in several political extremes in the mid to late 20th century, ranging from the anti-communist crusades of Senator Joseph McCarthy in the 1950’s to the radical antiwar protests at UW-Madison that culminated in the Sterling Hall bombing in August 1970. Recent politics have been comparatively moderate, but the state has continued to push forward new ideas, most notably becoming a leader in welfare reform under Republican Governor Tommy Thompson during the 1990’s.  The state’s economy also underwent further transformations towards the close of the century, as heavy industry and manufacturing declined in favor of a service economy based on medicine, education, agribusiness, and tourism.