You are here: Home / Education / Politics / US Politics / Who Won The Vice Presidential Debate? by Sarah Isgur

Who Won The Vice Presidential Debate? by Sarah Isgur 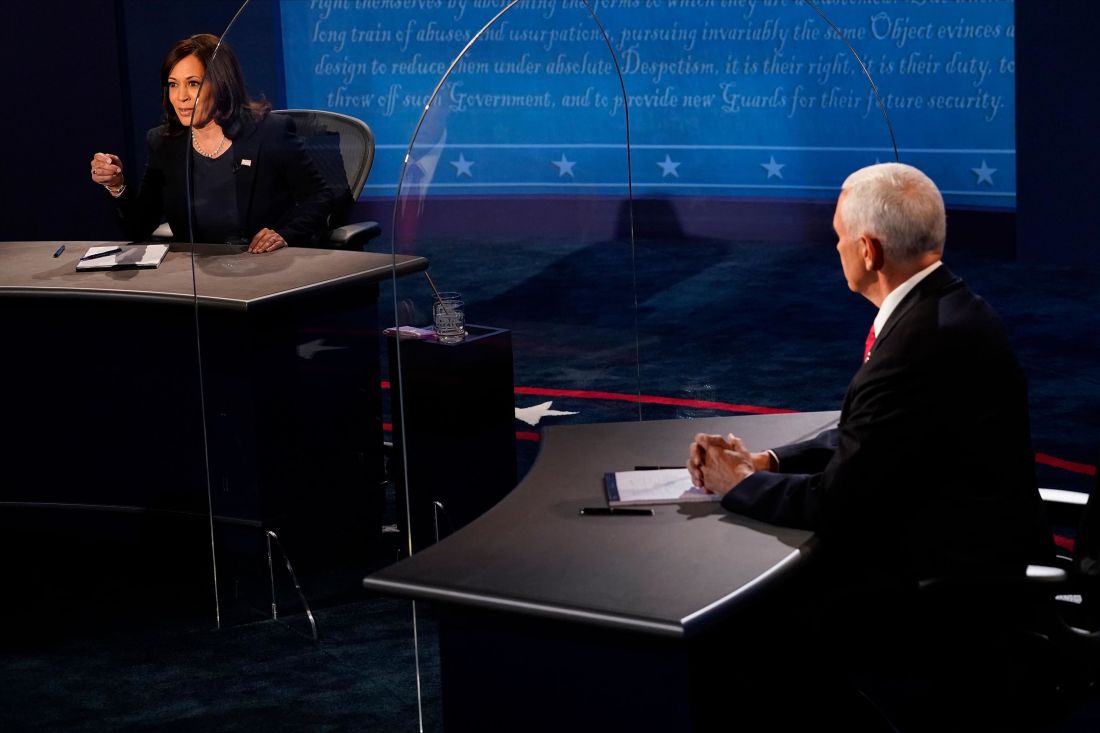 Sarah Isgur: There Was A Fly On Pence’s Head

Ah, it was nice to be back in 2012…if only for a night. The vice presidential debate was substantive on issues ranging from China to fracking to tax policy. It was unquestionably a face-off between two polished, long serving politicians trading barbs in the cadence of Washington. And it was boring. Perhaps we’ve forgotten how lovely boring could really be.

Sen. Kamala Harris came in on sky-high expectations but had a much tougher needle to thread. She and former Vice President Joe Biden are leading in the polls, so her campaign didn’t need or want to change the trajectory of the race. Her deliberative tone was important. But there would be no upside at this point, for the Biden campaign to have her get into the weeds on policies—whether they support limits on abortion or whether they would add seats to the Supreme Court—that could only turn off uncommitted voters. She avoided these. Vice President Mike Pence, as the underdog, had no such downside and tried to move the needle by focusing on the details. To read more go to the link below: