You are here: Home / Colleges and Universities / Education / Where Does Money Come From?

Where Does Money Come From? 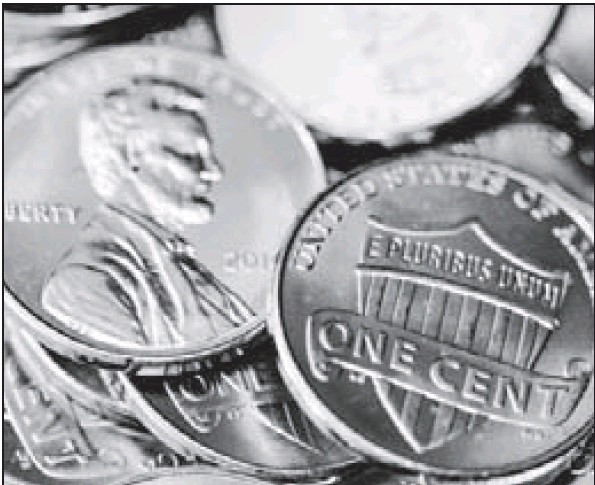 FROM the beginning of time, people have traded, bartered or used commodities like salt or sugar to get the goods or services they wanted.

These are Lincoln Preservation of the Union one-cent coins minted in 2010.
Over the centuries, societies developed more sophisticated forms of currency until, about 4,000 years ago, money in the form of coins came on the scene. Later, paper money was used, and has been traced to China in the 10th century.
Originally, the coins people handed over for goods and services were made of precious metals gold, silver and were worth the value of the metal they were made from.

Later, societies adopted representative money coins and paper notes that had no value themselves, but represented the precious metals the government of a nation stored away. For example, in Britain, a British pound note was worth a pound of silver. While money was used for financial transactions, that money could also be taken to the government and exchanged for gold or silver at a rate set by the government.

Nations trying to trade with each other had to accept each other currency because they lacked the mechanisms for complicated conversions. Foreign currencies mixed and mingled with each other.

Prior to the Revolutionary War, the colonists in America used British money. But this was often in very short supply, so they also used foreign currency that flowed in from Spain and South America, or wampum, the currency of the Native Americans.

After the colonists won their independence from Britain, the new United States of America needed its own legal tender a uniform currency that would be recognized as money for financial transactions. Through a series of laws and acts of Congress, the US established a system to produce and issue currency.

On April 2, 1792, Congress established the US Mint, its coin production facility, to produce coins made of gold, silver and copper in denominations of silver dollars, half dollars, quarters, dimes and half dimes, and copper cents and half cents.

The first coin massproduced for circulation was the copper cent 11,000 were delivered in March 1793.

It wasnt until the ramp up toward the Civil War, in the mid-1800s, that the US moved toward paper currency. The government didnt have enough money to finance the war, so it authorized the printing of paper money. The first paper notes, issued in 1862, were simply government guarantees that the holder would be able to exchange for coins in the future. The government established the Bureau of Engraving and Printing to produce paper money.

For a very long time, the US currency represented values of silver and gold. In 1933, President Franklin Roosevelt ended Americans right to trade paper dollars for gold. Then, in 1971 President Richard Nixon closed the gold window and denied foreign governments the right to exchange paper dollars for gold. Just about every other economy followed suit, freeing the value of gold and silver to be set by the open market. Since then, the economies of theworld followa system known as fiat money. The value of money is set by a fiat, or decree, of the government, and the only thing money represents is that value. Today, the production of money is an elaborate process involving state of the art technology and security to prevent counterfeiting.

In 2003, the treasury department launched a redesign of US currency with the introduction of a new $ 20 bill. Since then, redesigned $ 5, $ 10 and $ 50 bills have been introduced. The redesign project completes this year when a new $ 100 bill is issued.