You are here: Home / Collection / Education / What New Research Says About Race and Police Shootings by Brentin Mock 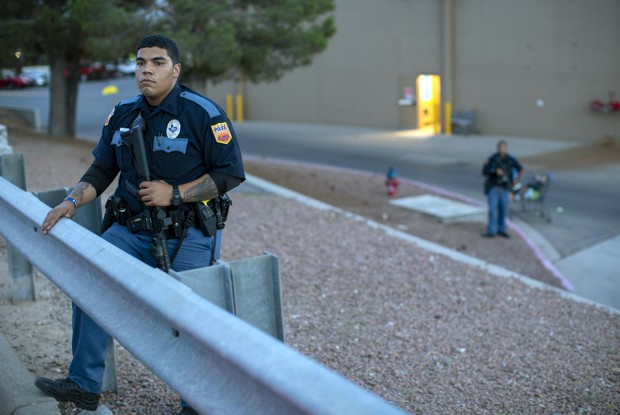 An El Paso Police officer stands guard outside a Walmart store in the aftermath of a deadly shooting in El Paso, Texas. Andres Leighton/AP

Two new studies have revived the long-running debate over how police respond to white criminal suspects versus African Americans.

That’s according to a new study conducted by Frank Edwards, of Rutgers University’s School of Criminal Justice, Hedwig Lee, of Washington University in St. Louis’s Department of Sociology, and Michael Esposito, of the University of Michigan’s Institute for Social Research. The researchers used verified data on police killings from 2013 to 2018 compiled by the website Fatal Encounters, created by Nevada-based journalist D. Brian Burghart. Under their models, they found that roughly 1-in-1,000 black boys and men will be killed by police in their lifetime. For white boys and men, the rate is 39 out of 100,000.

In fact, people of color in general were found more likely to be killed by police than their white counterparts.

The study was published on Monday in the Proceedings of the National Academy of Sciences, or PNAS, a journal that recently drew controversy for publishing another study on police killing disparities. That study, led by Michigan State University psychology professor Joseph Cesario, published on July 22, found that violent crime rates and the racial demographics of a given location are better indicators for determining a police killing victim’s race. To read more go to the link below: