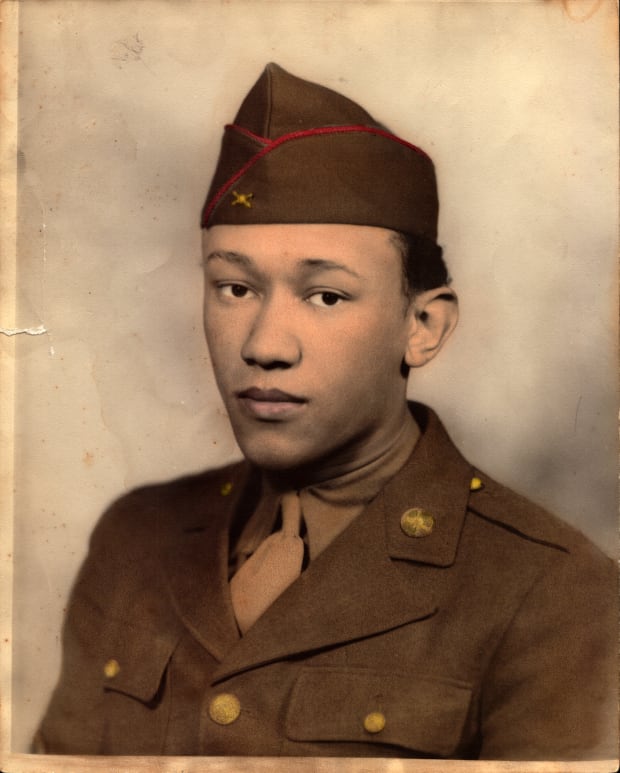 A Black Medic Saved Hundreds on D-Day. Was He Deprived of a Medal of Honor?

Waverly Woodson treated at least 300 injured men on D-Day, despite being injured, himself.

Waverly Woodson, Jr. served as a medic on Omaha Bach during Operation Overlord in 1944. Image courtesy of the Woodson family

Heavy machine-gun fire greeted a nauseous and bloody Waverly B. Woodson, Jr. as he disembarked onto Omaha Beach the morning of June 6, 1944. A German shell had just blasted apart his landing craft, killing the man next to him and peppering him with so much shrapnel that he initially believed he, too, was dying.

Woodson, a medic with the lone African-American combat unit to fight on D-Day, nonetheless managed to set up a medical aid station and for the next 30 hours occupied himself removing bullets, dispensing blood plasma, cleaning wounds, resetting broken bones, and at one point amputating a foot. He also saved four men from drowning, reportedly pulling them from the waves and administering CPR after their guide rope broke on the way ashore. To read more go to the link below: