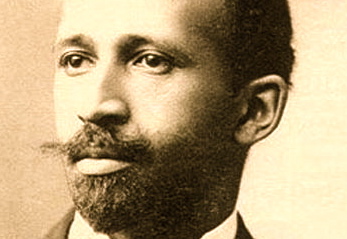 In 1895, W.E.B. Du Bois became the first African American to earn a doctorate from Harvard. He fought for African American rights and cofounded the National Association for the Advancement of Colored People. 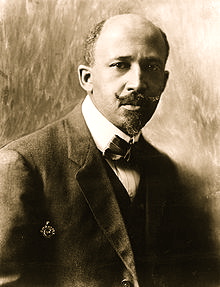 William Edward Burghardt “W. E. B.” Du Bois (pronounced /duːˈbɔɪz/ doo-boyz; February 23, 1868 – August 27, 1963) was an American sociologist, historian, civil rights activist, Pan-Africanist, author and editor. Born in Great Barrington, Massachusetts, Du Bois grew up in a relatively tolerant and integrated community. After completing graduate work at the University of Berlin and Harvard, where he was the first African American to earn a doctorate, he became a professor of history, sociology and economics at Atlanta University. Du Bois was one of the co-founders of the National Association for the Advancement of Colored People (NAACP) in 1909.

Du Bois rose to national prominence as the leader of the Niagara Movement, a group of African-American activists who wanted equal rights for blacks. Du Bois and his supporters opposed the Atlanta compromise, an agreement crafted by Booker T. Washington which provided that Southern blacks would work and submit to white political rule, while Southern whites guaranteed that blacks would receive basic educational and economic opportunities. Instead, Du Bois insisted on full civil rights and increased political representation, which he believed would be brought about by the African-American intellectual elite. He referred to this group as the Talented Tenth and believed that African Americans needed the chances for advanced education to develop its leadership.

Racism was the main target of Du Bois’s polemics, and he strongly protested against lynching, Jim Crow laws, and discrimination in education and employment. His cause included people of color everywhere, particularly Africans and Asians in colonies. He was a proponent of Pan-Africanism and helped organize several Pan-African Congresses to fight for independence of African colonies from European powers. Du Bois made several trips to Europe, Africa and Asia. After World War I, he surveyed the experiences of American black soldiers in France and documented widespread bigotry in the United States military.

Du Bois was a prolific author. His collection of essays, The Souls of Black Folk, was a seminal work in African-American literature; and his 1935 magnum opus Black Reconstruction in America challenged the prevailing orthodoxy that blacks were responsible for the failures of the Reconstruction Era. He wrote the first scientific treatise in the field of sociology; and he published three autobiographies, each of which contains insightful essays on sociology, politics and history. In his role as editor of the NAACP’s journal The Crisis, he published many influential pieces. Du Bois believed that capitalism was a primary cause of racism, and he was generally sympathetic to socialist causes throughout his life. He was an ardent peace activist and advocated nuclear disarmament. The United States’ Civil Rights Act, embodying many of the reforms for which Du Bois had campaigned his entire life, was enacted a year after his death. 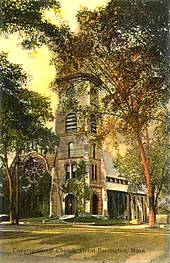 William Edward Burghardt Du Bois was born on February 23, 1868, in Great Barrington, Massachusetts, to Alfred and Mary Silvina (née Burghardt) Du Bois. Mary Silvina Burghardt’s family was part of the very small free black population of Great Barrington and had long owned land in the state. She was descended from Dutch, African and English ancestors. William Du Bois’ maternal great-great-grandfather was Tom Burghardt, a slave (born in West Africa around 1730), who was held by the Dutch colonist Conraed Burghardt. Tom briefly served in the Continental Army during the American Revolutionary War, which may have been how he gained his freedom during the 18th century. His son Jack Burghardt was the father of Othello Burghardt, who was the father of Mary Silvina Burghardt.

William Du Bois’ paternal great-grandfather was James Du Bois of Poughkeepsie, New York, an ethnic French-American who fathered several children with slave mistresses. One of James’ mixed-race sons was Alexander. He traveled and worked in Haiti, where he fathered a son, Alfred, with a mistress. Alexander returned to Connecticut, leaving Alfred in Haiti with his mother. 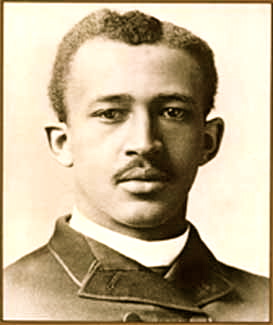 Sometime before 1860, Alfred Du Bois emigrated to the United States, settling in Massachusetts. He married Mary Silvina Burghardt on February 5, 1867, in Housatonic. Alfred left Mary in 1870, two years after their son William was born. Mary Burghardt Du Bois moved with her son back to her parents’ house in Great Barrington until he was five. She worked to support her family (receiving some assistance from her brother and neighbors), until she suffered a stroke in the early 1880s. She died in 1885.

Great Barrington had a majority European American community, who treated Du Bois generally well. He attended the local integrated public school and played with white schoolmates. As an adult, he wrote about racism which he felt as a fatherless child and the experience of being a minority in the town. But, teachers recognized his ability and encouraged his intellectual pursuits, and his rewarding experience with academic studies led him to believe that he could use his knowledge to empower African Americans. When Du Bois decided to attend college, the congregation of his childhood church, the First Congregational Church of Great Barrington, raised the money for his tuition.

Relying on money donated by neighbors, Du Bois attended Fisk University, a historically black college in Nashville, Tennessee, from 1885 to 1888. His travel to and residency in the South was Du Bois’s first experience with Southern racism, which at the time encompassed Jim Crow laws, bigotry, suppression of black voting, and lynchings; the lattermost reached a peak in the next decade. After receiving a bachelor’s degree from Fisk, he attended Harvard College (which did not accept course credits from Fisk) from 1888 to 1890, where he was strongly influenced by his professor William James, prominent in American philosophy. Du Bois paid his way through three years at Harvard with money from summer jobs, an inheritance, scholarships, and loans from friends. In 1890, Harvard awarded Du Bois his second bachelor’s degree, cum laude, in history. In 1891, Du Bois received a scholarship to attend the sociology graduate school at Harvard. 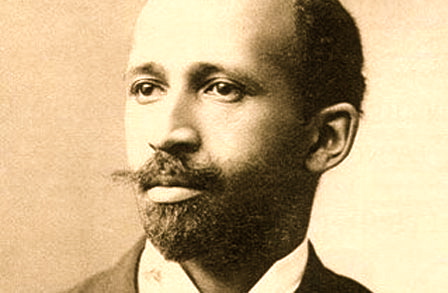 In 1892, Du Bois received a fellowship from the John F. Slater Fund for the Education of Freedmen to attend the University of Berlin for graduate work. While a student in Berlin, he traveled extensively throughout Europe. He came of age intellectually in the German capital, while studying with some of that nation’s most prominent social scientists, including Gustav von Schmoller, Adolph Wagner, and Heinrich von Treitschke. After returning from Europe, Du Bois completed his graduate studies; in 1895 he was the first African American to earn a Ph.D. from Harvard University.