You are here: Home / Education / Events / Sports / Venus Williams sends message to Serena Williams after losing Wimbledon final, and being the oldest player to play in the finals

Venus Williams sends message to Serena Williams after losing Wimbledon final, and being the oldest player to play in the finals 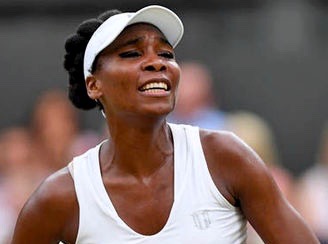 Tennis legend Venus Williams may have lost at Wimbleton on Saturday, but she still managed to make history. ET reports that the 37-year-old is the oldest woman to compete in the Wimbledon finals. Beat by Garbiñe Muguruza in London, reports say she bowed out with grace, sending her pro-athlete sister, Serena, who is pregnant with her first child, a beautiful message on Twitter. She wrote, “I tried my best to do the same things you do, but I think there will be other opportunities. I do.” 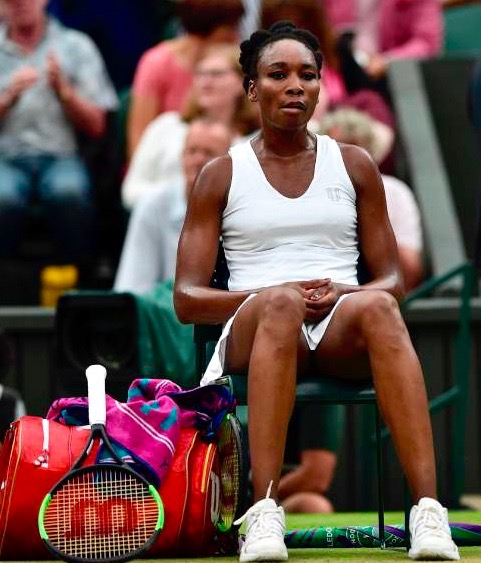 US player Venus Williams reacts after losing the first set against Spain’s Garbine Muguruza during their women’s singles final match on the twelfth day of the 2017 Wimbledon Championships at The All England Lawn Tennis Club in Wimbledon, southwest London, on July 15, 2017. / AFP PHOTO / Glyn KIRK / RESTRICTED TO EDITORIAL USEGLYN KIRK/AFP/Getty Images

Venus Williams collapsed in the second set against Muruguza, going down 7-5 6-0 to the Spaniard.

The 37-year-old could not cope with her 23-year-old opponent on Centre Court, and after the match admitted she missed her sister Serena, who was missing at Wimbledon as she is pregnant.

When asked if she had a message for Serena, Venus replied: “I miss you, I tried my best to do the same things you do but I think there will be other opportunities.”

The crowd clapped hoping her words ring true, but Venus was well beaten by Muguruza today. 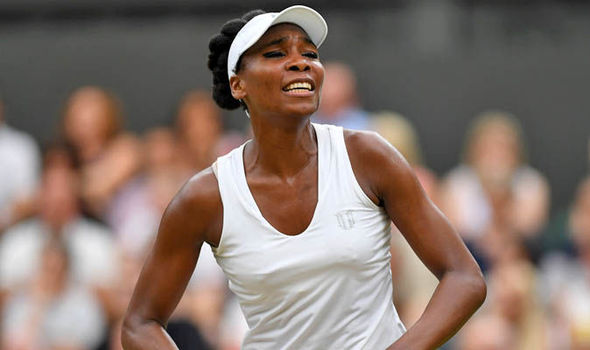 And the American was quick to pay tribute to her opponent, adding: “Congratulations Garbine, amazing.

“I know how hard you work and how much this means to you and your family. Well done today, beautiful.

“Thank you to my team who have been here day in day out, we’ve had a lot of beautiful moments in the last few weeks.”

This is the official YouTube page of The All England Lawn Tennis Club (Championships), home of Wimbledon. The Championships 2017 will run from 3 July – 16 July.