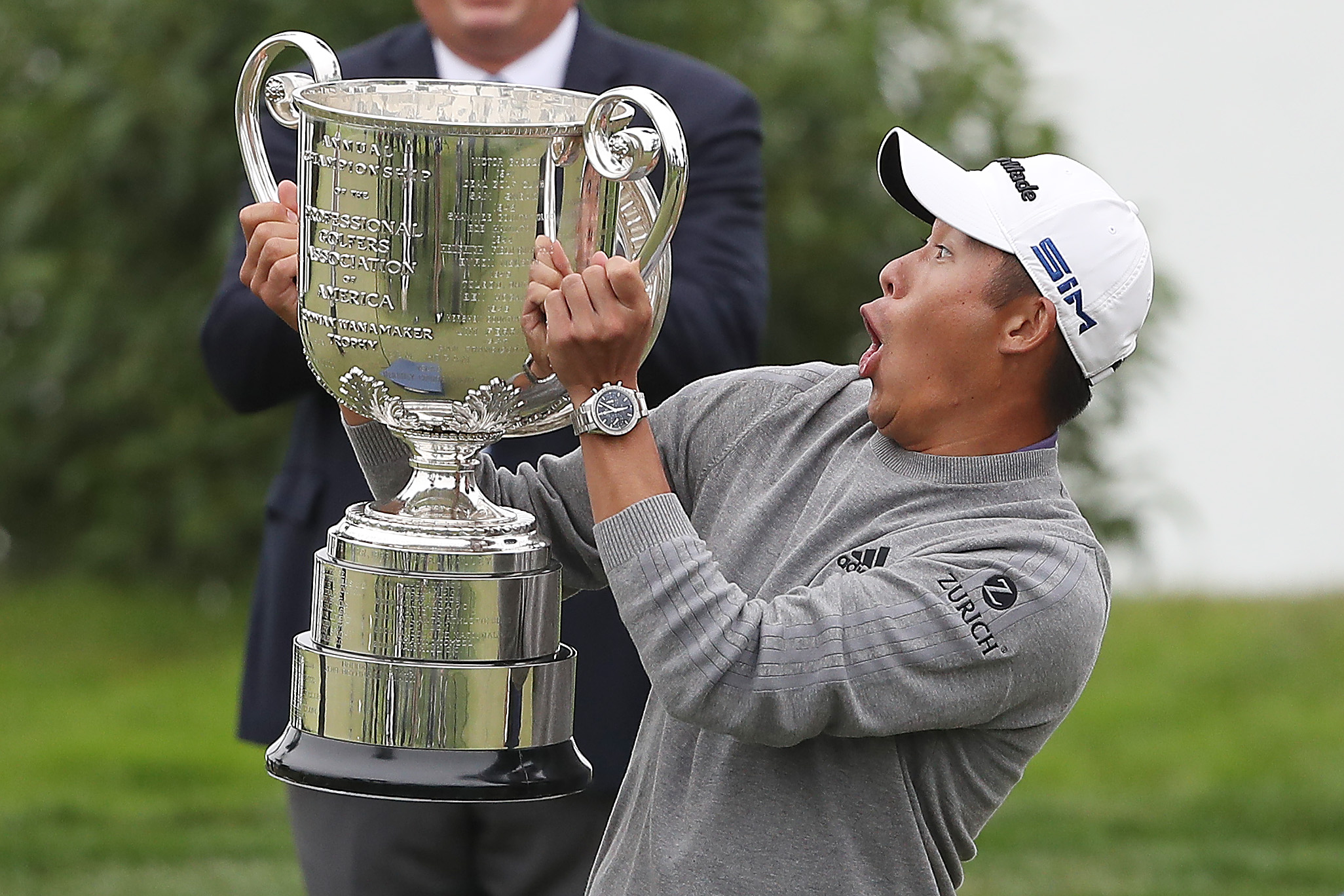 We always knew it was going to take something truly special to win this year’s PGA Championship — the first major tournament of 2020 following the sport’s shutdown due to the global pandemic.

This was a stroke of genius. Albeit one in front of no fans.

No raucous cheers, yet a truly iconic shot for the ages at the 294-yard par-4 16th hole that separated Morikawa from the pack amid a thrilling and pulsating final day at Harding Park, San Francisco — which at one point saw seven players tied for the lead at 10-under par late on Sunday.

Playing in just his second major and in his home state, the California youngster drove the ball to within seven feet of the hole. And then, with nerveless, ice-cool precision, he rolled in the eagle putt that would ultimately propel him to a famous two-shot victory over overnight leader and 2016 US Open champion Dustin Johnson and England’s Paul Casey.

Morikawa closed with a six-under 64, the lowest final round by a champion at this event in a quarter of a century and coming in just his 28th start as a professional. To read more go to the link below: