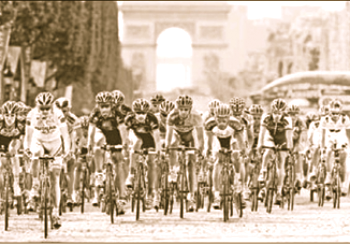 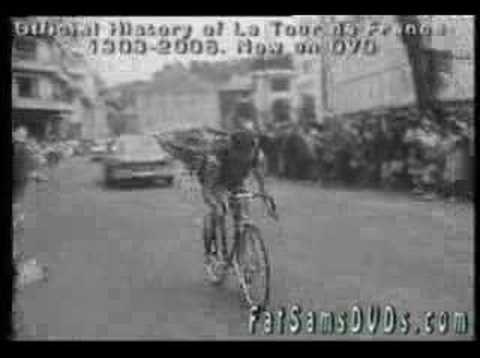 The grandest bicycle race in the world crowned its champion this weekend.

This years Tour de France kicked off on July 2 in the Vendee, a region on the west coast of France on the Atlantic Ocean, and ended Sunday when the cyclists triumphantly entered Paris, crossing the finish line along the famous Champs Elysees.

During the 22 days of the race, the cyclists completed a grueling 2,131-mile course, making a giant loop across and throughout France, with a brief interlude into Italy. The ride tests the limits of human stamina and endurance.

The Tour changes routes every year, giving both competitors and spectators the chance to tour France.

The first Tour de France was staged in 1903 as a promotional event for LAuto, a sporting newspaper, dreamed up by journalist Geo Lefevre and his editor, Henri DesGrange, an avid cyclist.

The Tour shut down while Europe was engaged in World War II. Although several large races were held during those years, the Tour did not officially resume until 1947. Despite this interruption, the Tour recognizes the 2011 race as the 98th since its 1903 inception.

In the US, the Tour de France has become somewhat synonymous with the great American champion Lance Armstrong, who won the Tour a record breaking seven consecutive times between 1995-2005.